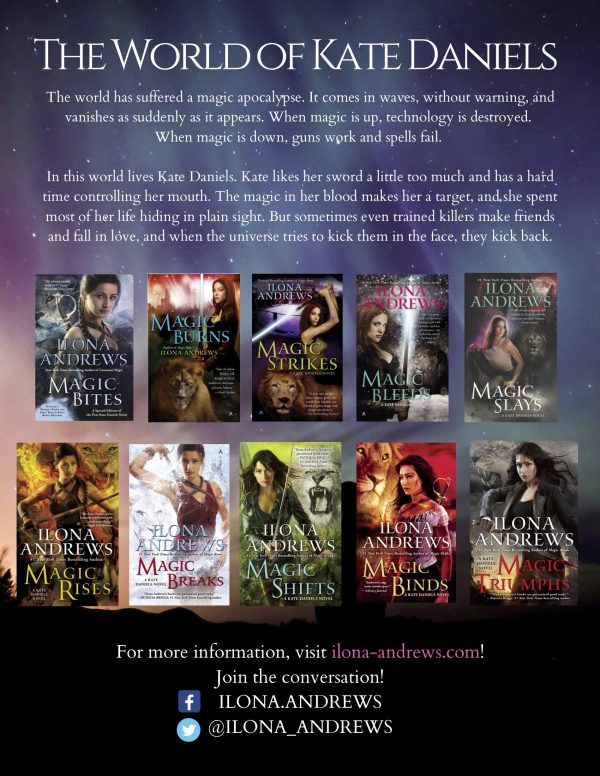 To celebrate, Ace Books and participating blogs will be giving away three copies of each Kate Daniels book every weekday leading up to highly anticipated release on August 28th. Each giveaway will run for three days. Follow the tour and enter to win them all! 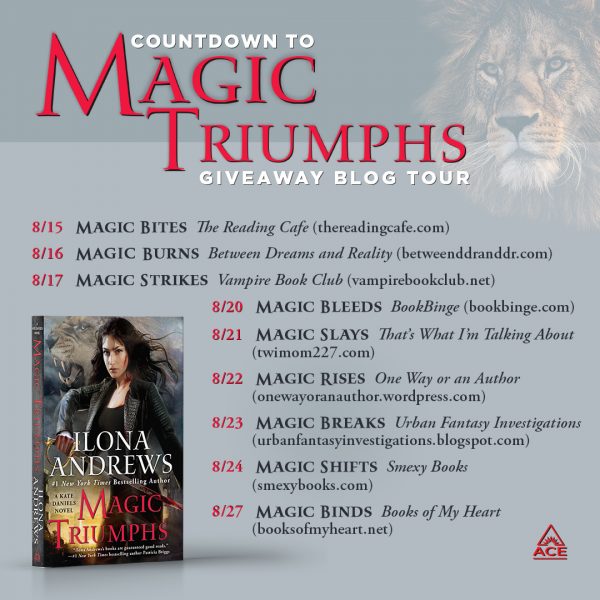 ACE is generously donating three copies of Magic Slays to give to three (3) lucky commenters. To enter, please fill out the Rafflecopter form AND leave a comment at the end of this post telling us your favorite Kate memory. The giveaway is open during the time specified on the Rafflecopter form. Winner(s) chosen at random from all eligible entries. This contest is open to U.S. mailing addresses only where not prohibited by law. Open to participants, 18 years or older, who are legally allowed to participate in such a contest as allowed by their local laws. All federal, state, local, and municipal laws and regulations apply. Void where prohibited. No purchase necessary. By participating in the contest, participants agree to be bound by the decisions of the contest sponsor. Prize will be delivered by the publisher. This blog, its reviewers, and the owner are not responsible for items lost in the mail. By entering this giveaway, participants agree to abide by these terms. 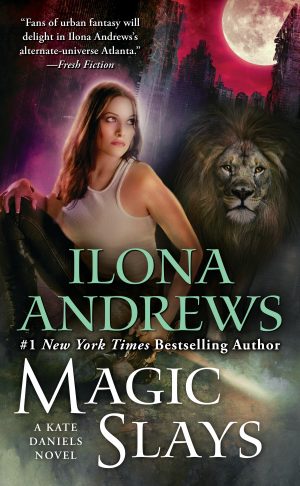 Kate Daniels may have quit the Order of Knights of Merciful Aid, but she’s still knee-deep in paranormal problems. Or she would be if she could get someone to hire her. Starting her own business has been more challenging than she thought it would be—now that the Order is disparaging her good name. Plus, many potential clients are afraid of getting on the bad side of the Beast Lord, who just happens to be Kate’s mate.

So when Atlanta’s premier Master of the Dead calls to ask for help with a vampire on the loose, Kate leaps at the chance of some paying work. But it turns out that this is not an isolated incident, and Kate needs to get to the bottom of it—fast, or the city and everyone dear to her may pay the ultimate price…

Ilona Andrews is the pseudonym for a husband-and-wife writing team. Together they are the coauthors of the #1 New York Times bestselling Kate Daniels urban fantasy series and the romantic urban fantasy novels of the Edge. Find out more about Ilona Andrews online at www.ilona-andrews.com.