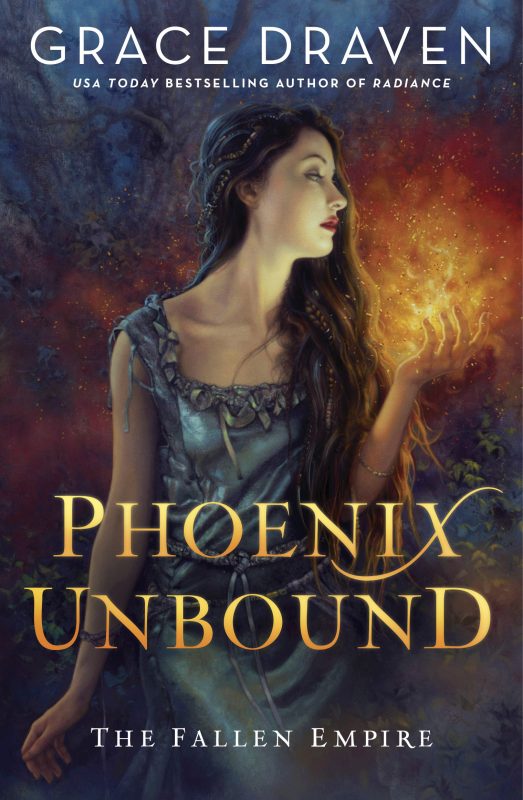 “Fierce and captivating, PHOENIX UNBOUND is the story of a gladiator and a fire witch fighting for their freedom against an empire that wants them enslaved.  With impossible odds, breathtaking battles, terrifying magic, and an unlikely love, this book is a must read. Grace Draven is a master of romantic heroic fantasy.”

A woman with power over fire and illusion and an enslaved son of a chieftain battle a corrupt empire in this powerful and deeply emotional romantic fantasy from the USA Today bestselling author of Radiance.

Every year, each village is required to send a young woman to the Empire’s capital–her fate to be burned alive for the entertainment of the masses. For the last five years, one small village’s tithe has been the same woman. Gilene’s sacrifice protects all the other young women of her village, and her secret to staying alive lies with the magic only she possesses.

But this year is different.

Azarion, the Empire’s most famous gladiator, has somehow seen through her illusion–and is set on blackmailing Gilene into using her abilities to help him escape his life of slavery. Unknown to Gilene, he also wants to reclaim the birthright of his clan.

To protect her family and village, she will abandon everything to return to the Empire–and burn once more.

Grace Draven is a Louisiana native living in Texas with her husband, kids and a big, doofus dog. She is the winner of the Romantic Times Reviewers Choice for Best Fantasy Romance of 2016 and a USA Today Bestselling author. Find out more about Grace Draven online at gracedraven.com. 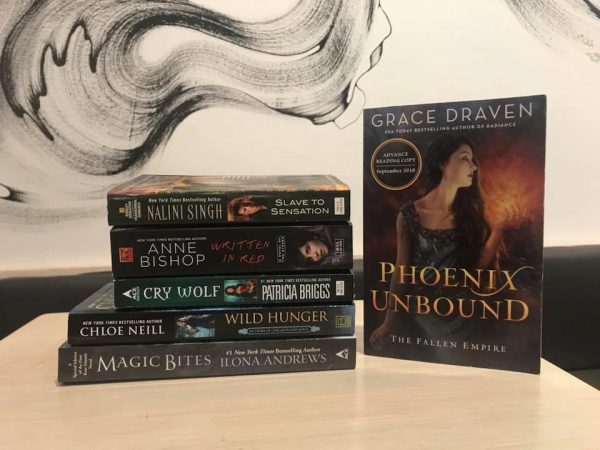 As this is the first book in Grace Draven’s Fallen Empire series, ACE is celebrating with a giveaway that also features other first-in-series romantic fantasy books (including books by Nalini Singh, Chloe Neill, Ilona Andrews, Anne Bishop, and Patricia Briggs). They are calling it a ‘Romantic Fantasy Starter Kit’. Twenty runners-up will receive an advance reading copy of Phoenix Unbound by Grace Draven! This special giveaway is open until September 19, 2018. The only way to enter is via PENGUIN RANDOM HOUSE website (using this link).

This giveaway is sponsored by the publisher. Contest rules and entry information is provided via the contest link. Open to participants who are legally allowed to participate in such a contest as allowed by their local laws. All federal, state, local, and municipal laws and regulations apply. Void where prohibited. No purchase necessary. By participating in the contest, participants agree to be bound by the decisions of the contest sponsor. Prize will be delivered by the contest sponsor. This blog, its reviewers, and the owner are not responsible for items lost in the mail. By entering this giveaway, participants agree to abide by these terms.