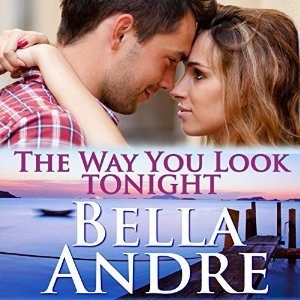 Life has gotten to Rafe. He works tirelessly and is one of the best PIs in the business, but his cases, which primarily consist of cheating spouses, has hardened Rafe, leaving him worn-out and cynical. When his baby sister calls to tell him he is buying the family’s old cabin on the lake, he’s cautious, but eventually approves of the idea. He likes it even more when he arrives at the lake and finds his old neighbor, Brooke, all grown up and absolutely stunning.

Brooke has finally found her happy place, living at her grandparents’ old lake home and making chocolate truffles. Although Brooke is successful and content, seeing Rafe rekindles her crush and ignites a desire to walk on the wild side. Instead of playing coy, she goes for it, telling Rafe exactly what she wants. Soon the friends embark on a summer fling that quickly evolves into something more.

After reading some positive reviews for Ms. Andre’s Seattle Sullivans series, I picked up the first full-length book. On paper, the book has pluses, including a somewhat second chance romance and a small town feel. At first, I liked both Rafe and Brooke, each with a bit of history and in need of saving. I appreciated Brooke’s direct approach with Rafe, rather than dropping hints and playing hard to get.

However, once the book got going, I started to find certain aspects annoying. First, I was irritated with Rafe’s constant stance that a little “kink” (being tied up) would “dirty” or “corrupt” Brooke. I felt his attitude was a bit outdated for the situation, and potentially harmful to Brooke’s self image. Second, I was exasperated by the constant in-the-head evaluations of their relationship by both Rafe and Brooke. Rather than talking to one another, or even another friend, their internal monologuing was non-stop. I was trapped as a third party, silently listening to both sides go on and on. And of course, Rafe makes a stupid decision that I saw coming a mile away. At least Brooke was mature enough to talk to him about it after a cooling-off period.

The narration was enjoyable and very familiar. So much so that I searched the internet for possible pseudonyms and discovered Ms. Kaminsky narrated another book I’ve listened to. Ms. Kaminsky is best when portraying female characters, with her male voices appropriately but not overly masculine. She adds a touch of emotion into her reading, which adds value to the overall enjoyment.

In the end, The Way You Look Tonight was a mixed bag for me. I liked it and was really into it at first, but then it grew repetitive and tired. I didn’t enjoy it after a while and speed it up until things started moving again.

My Rating: B-
Narration: B

As a very successful private investigator who has caught most of the cheaters in Seattle with their pants down, Rafe Sullivan believes true, lasting love only happens once in a blue moon. Needing to get away from the city to clear his head, he finds the lake house where he spent the best summers of his life is now a wreck…but the sweet girl next door is all grown up and prettier than anything he’s ever seen.

While Brooke Jansen is happy making and selling chocolate truffles in her small Pacific Northwest lake town, she secretly longs to experience something wild. So when her favorite “Wild Sullivan” moves in again next door after more than a decade away, and sparks fly between them, she can’t stop wondering if being bad is really as good as it always seemed…and just how long it will be before she can find out.

But when their summer fling quickly spirals into deeper emotions than either of them were expecting, can they survive the heat between them? Or will Rafe make the biggest mistake of his life and end up losing the best thing that’s ever happened to him?