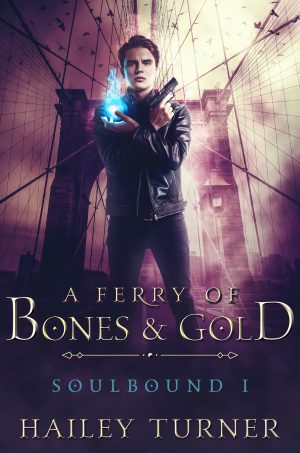 He touched a finger to the sign that represented the immortal god Ares, an uneasy feeling settling in his gut. In his experience, nothing good ever came from magic that called to the gods.

Patrick couldn’t sense any magic left behind in the body itself. Whatever spell the signs had been a catalyst for, it was nearly gone now. The only trace of it left was the residual of hellish taint.

“Are the signs the only things connecting the murders?” Patrick asked.

“The current MO is half-eaten bodies and the signs. There aren’t any links we can find between the victims. There’s no consistency between their economic, religious, racial, or social backgrounds. We’ve only found bodies in Manhattan though,” Dwayne said.

“Can you be certain they’ve only been found in Manhattan? Are they all locals?”

“The PCB has jurisdiction in the five boroughs. We’ve looped in our affiliates outside New York City, but we haven’t received any calls from other departments, and we haven’t released critical details to the public,” Casale said.

“None. Door was locked and so were all the windows except the one running the air-conditioning unit, but there’s no sign it was tampered with,” Allison said.

“Poor guy’s wife is a nurse and came home after an overnight shift at New York-Presbyterian in Lower Manhattan. Found him like this,” Dwayne added. “She had a nervous breakdown, and EMTs removed her from the premises.”

Patrick settled his weight back on his heels, still studying the body. “Hopefully not far. I’ll need to make sure she’s clean of magical residue before she can be let go. You said you ran off the local SOA agents previously working with you. What was their conclusion?”

“Nothing helpful,” Casale said with a snort. “One witch suggested looking into hellhounds and maybe getting animal control to help with it.”

Patrick rolled his eyes. “On a scale of one to bullshit, I call bullshit. Body looks like it got hit by a magical IED, not a rabid dog.”

“You think that’s what happened? A magical IED?”

“No. I guarantee the ME report for this victim will be the same as all the others in this case. No forced entry into the home. Body half eaten, and signs carved on their eyes.” Patrick stood up and stripped off his gloves, depositing them in a biohazard bin nearby before heading to where the other three stood. “Killings like this, especially with the signs, means these people were targeted for a specific reason.”

Casale studied him with an unreadable look in his eyes. “You’re talking assassination.”

“That’s more than the other SOA agents gave us, Chief,” Allison said quietly.

Which shouldn’t be the case, but Patrick was familiar with the rot hiding deep within the SOA that Setsuna and her predecessors hadn’t been able to completely carve out.

Patrick crossed his arms over his chest, the jacket pulling against his shoulders with the motion. “I’ll need to see the full file on this case, not just the encrypted report you emailed my boss. I also need to make sure no one else is leaving with residual black magic in their souls. Who else has been in contact with the body?”

“We’ll get you names,” Casale said with a grimace. He waved a hand at the crime scene and everything in it. “Give me your take on all of this.”

“I don’t know what the signs relate to, but the chewing and rending and the magic? At the very least, you have a demon problem.”

“Mayor will be thrilled,” Dwayne muttered.

Casale let out a heavy sigh and pointed a finger at the two detectives. “Both of you are in charge until everyone clears out. I’m going downstairs to feed the press. That should give Special Agent Collins enough time to make sure everyone here won’t need to call a priest for last rites. Collins? You’re coming with me after my presser. We’re meeting with my favorite pair of eyes.”

Dwayne glanced at Casale in surprise. “I thought your meeting with him was next week?”

Patrick frowned. “Who are we visiting?”

“Someone who might be able to shed some light on this mess, if we’re lucky.”

“If you have local help outside the SOA, why haven’t you gone to them before this?”

Casale gave him a hard smile before turning his back on the group and heading for the door. “The SOA is technically the cheaper option, and the City gets pissed when we go over budget with our overtime. Make sure my people are safe, Collins. Any of them get hurt, the next thing I’m sending your agency is a complaint.”

Patrick barely refrained from rolling his eyes. Looked like the animosity between state and federal agencies was still alive and kicking.

“Right,” Patrick said, eyeing Allison and Dwayne. “Who wants me to check their soul first? I have to warn you, that spell hurts like a son of a bitch.”

In unison, the two pointed at each other, silently volunteering their partner to go first. 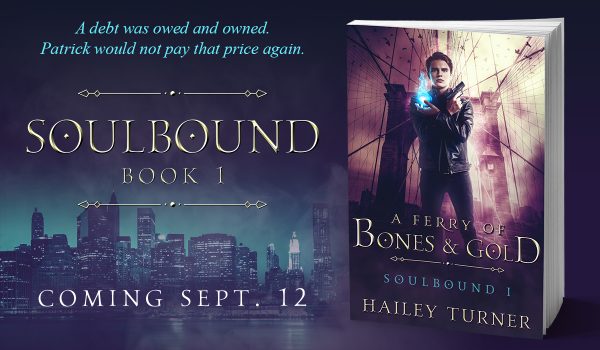 When the gods come calling, you don’t get to say no.

Patrick Collins is three years into a career as a special agent for the Supernatural Operations Agency when the gods come calling to collect a soul debt he owes them. An immortal has gone missing in New York City and bodies are showing up in the wake of demon-led ritual killings that Patrick recognizes all too easily from his nightmares.

Unable to walk away, Patrick finds himself once again facing off against mercenary magic users belonging to the Dominion Sect. Standing his ground alone has never been a winning option in Patrick’s experience, but it’s been years since he’s had a partner he could trust.

Looking for allies in all the wrong places, Patrick discovers the Dominion Sect’s next target is the same werewolf the Fates themselves have thrown into his path. Patrick has been inexplicably attracted to the man from their first meeting, but desire has no place in war. That doesn’t stop Patrick from wanting what he shouldn’t have. Jonothon de Vere is gorgeous, dangerous, and nothing but trouble—to the case, to the fight against every hell, and ultimately, to Patrick’s heart and soul.

In the end, all debts must be paid, and Patrick can only do what he does best—cheat death. 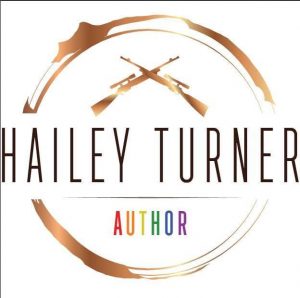 Hailey Turner is big city girl who spoils her cats rotten and has a demanding day job that she loves, but not as much as she loves writing. She’s been writing since she was a young child and enjoys reading almost as much as creating a new story. Hailey loves stories with lots of action, gritty relationships, and an eventual HEA that satisfies the heart.