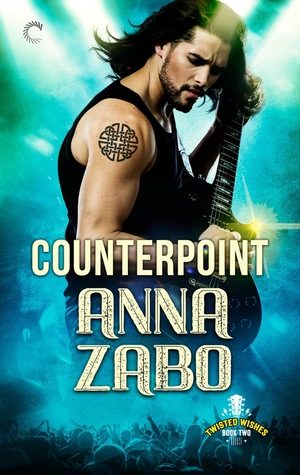 He’d planned on heading down to the kitchen, but gentle clicking drew him to a room on the same floor, one down the hall and next to the door that led to that exquisite library. Inside a room of blues and browns, with light streaming in from the window, sat Adrian in a leather desk chair, naked but for boxers, a pen in his mouth and papers—bills—spread out on his desk.

Dom held his breath and watched because this—this moment was Adrian Doran. Truly him. Something he probably did every weekend. And god, was he gorgeous like this, too. Brow furrowed, lips twitching around the pen that bobbed up and down. His chestnut hair flopped in every direction, redder in the morning light, and his pale skin was lightly freckled on his shoulders, a detail Dom hadn’t noticed before, despite two nights with the man.

Muscles moved as Adrian typed in numbers and clicked the mouse. Damn, those arms. The ones that had held him down and also held him sweetly. Dom exhaled, then whispered, “Adrian.”

The pen fell from Adrian’s mouth and he jumped a bit, but when he turned, his whole being seemed to light up. “Dominic.”

The deep rumble in that voice made Dom’s knees weak, and he leaned on the doorframe, smiling back. “I smelled coffee.”

Adrian bent to retrieve his pen from the floor, then righted himself. “I made a pot. It’s down in the kitchen. I’d have cooked breakfast, too, but I didn’t know how long you’d sleep.”

“Right. You said you cooked.” And as if on cue, Dom’s stomach growled.

Laughter from the other man, and the sound was magic and as bright as the sunlight burnishing that auburn hair. “Well, I think someone likes the idea of food, so let’s feed that stomach of yours, shall we?”

Adrian stood, and every part of Dom wanted to kneel down before him. “Wow.”

“Wow?” Amusement and confusion in that one word.

“You—do things to me.” Dom clutched the doorframe. “My mind goes all kinds of places when I see you.”

“And where did your mind go now?” Adrian tilted his head, but didn’t move any closer.

Should he actually tell the truth? That seemed—dangerous. But also the right thing. “The floor.” He met Adrian’s stare. “I wanted to kneel for you again.” He shook his head. “I don’t know why.”

Adrian let out a small breath, and his fingers twitched. “If you’d like, you can do that. Come here and kneel for a moment.”

That same strange buzz of headiness that had engulfed him last night rose and filled his head. “You don’t mind?”

But rather than take it, Dom crossed the room, fell to his knees, and wrapped his arms around Adrian’s legs. Calm enveloped him. Joy. Things he didn’t understand. He wasn’t hard, wasn’t in a state of lust. Hell, he hadn’t even had coffee yet.

A touch on his head, fingers caressing, smoothing his hair. “What is it you want?”

“I have no fucking clue.” He pressed his cheek against Adrian’s thigh. “I don’t even know what I’m doing.”

Adrian made a strangled sound. A laugh? A sigh? Dom pressed his forehead against skin and breathed in the decadent smell of Adrian. “I know I sound foolish.”

“No, you don’t. Not at all.” Fingers tipped his chin up until he met Adrian’s downward gaze. “You’re a highly intelligent man. You’ve just found yourself somewhere unexpected.”

Twisted Wishes lead guitarist Dominic “Domino” Bradley is an animal onstage. But behind his tight leather pants and skull-crusher boots lies a different man entirely, one who needs his stage persona not only to perform, but to have the anonymity he craves. A self-imposed exile makes it impossible to get close to anyone outside the band, so he’s forced to get his sexual fix through a few hot nights with a stranger.

When computer programmer Adrian Doran meets Dominic, he’s drawn to the other man’s quiet voice and shy smile. But after a few dirty, demanding nights exploring Dominic’s need to be dominated, Adrian wants more than a casual distraction. He has no idea he’s fallen for Domino Grinder—the outlandish, larger-than-life rock god.

Dominic is reluctant to trust Adrian with his true identity. But when the truth is revealed prematurely, Dominic is forced to reevaluate both his need for Adrian and everything he believes about himself. 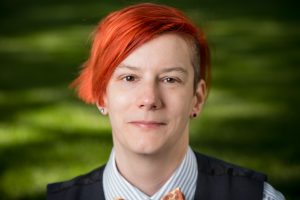 Anna Zabo writes contemporary and paranormal romance for all colors of the rainbow. They live and work in Pittsburgh, Pennsylvania, which isn’t nearly as boring as most people think.

Anna grew up in the wilds of suburban Philadelphia before returning to their ancestral homelands in Western Pennsylvania. As a child they were heartily disappointed to discover that they couldn’t grow up to be what they wanted (a boy, a cat, a dragon), so they settled on being themself whenever possible, which may be a combination of a boy, a cat, and a dragon. Or perhaps a girl, a knight, and a writer. Depends on whom you ask. They do have a penchant for colorful ties and may be hording a small collection of cufflinks.They can be easily plied with coffee.

Anna has an MFA in Writing Popular Fiction from Seton Hill University, where they fell in with a roving band of romance writers and never looked back. They also have a BA in Creative Writing from Carnegie Mellon University.