This month we celebrate the release of the fourth title: Siren’s Calling by Piper J. Drake.

Amae Waters will never live up to her father’s expectations–she’s not a leader and she’s not a solider. Rather than live with his disappointment, she’s left his realm and built a life for herself in Seattle, a mermaid blending in with humankind. Her mission? To prepare the oceans for the return of her people. But she’s not sure she’s cut out to accomplish that either.

A new predator has entered the waters of the Puget Sound, ravaging orcas and leaving their carcasses to wash ashore for humans to find. Whatever is killing them is beyond human understanding and Amae must find it before it irrevocably damages the complex balance of the ocean ecosystems.

But greater danger lurks in the deep. Amae is done evading traps. She’ll defend her territory and prove she needn’t be a soldier to be a warrior or become the sacrifice used to end her people. 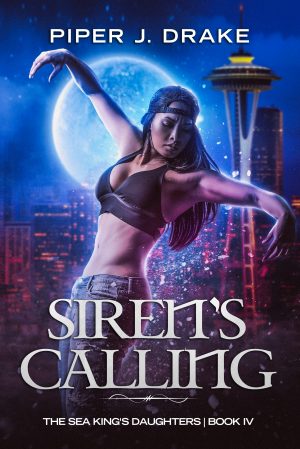 I tasted blood in the water.

Changing course with a flick of my tail, I swam against the fast-moving ocean current toward the source. There were no vibrations in the water to indicate the thrashing of a living thing in distress and the seas were quieter than usual. Not surprising, with this much blood carried on the currents. Predators would be drawn to it and prey would be wise to leave the area or hide.

Curious, I’d come to investigate, thinking one of the killer whale pods had taken a baleen whale. It wasn’t unheard of, though it didn’t happen often. A big kill like that would draw plenty of ocean denizens, and I hadn’t tasted whale in a long time. I wouldn’t kill one, not when I couldn’t finish consuming it myself and not when so many whale species were endangered, but I wouldn’t let it go to waste, either.

When I didn’t find anything in open water, I’d pulled myself up onto the rocky outcropping between islands despite the growing light of dawn and found it. The body. But it wasn’t a humpback or gray whale, not a mink or fin whale, either. It was an orca, a killer whale, and that didn’t make any kind of sense.

Before I could take a closer look, the sound of a powerful motor cut through the morning calls of seabirds. Harbor seals lifted their heads and looked around from where they lay on another rock outcropping. A lone Steller sea lion grunted and scratched his head with a huge hind flipper. He turned to stare at me and I met his gaze, unconcerned. He was a prime specimen of a bull, the largest I’d ever encountered, but he posed no threat to me.

The waves slapped against the rocks around my tail fin in a changed cadence. A boat was approaching, and with it, humans. They were probably whale watching, which meant every one of them would be on the lookout for wildlife. Most of them would have binoculars. I couldn’t let them see me in this form.

I dove back into the water, darting through forests of kelp and berating myself for lingering past dawn. There was too much light and I had to dive deep to be sure nothing on the surface caught sight of even a tail flick from me.

As far as humans were concerned, I didn’t exist. I was a myth, a fairy tale.

If they saw me, they might not even believe what they’d seen. In their dreams or after too many drinks, they might whisper, “Mermaid.”

And they’d be right.

Click for more spotlights on the other great titles in this series!

I’ve always loved mermaids. They appear in the mythology and lore of so many cultures!

Kraken. There’s more ocean than land and once they got into the ocean, that’d be it. 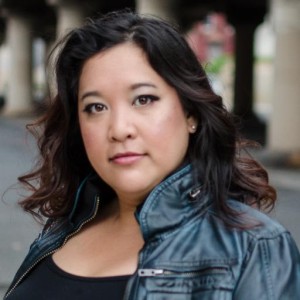 Play Find the Piper on the Internet!