Ghost in a bottle

by Kerry Adrienne and Lia Davis 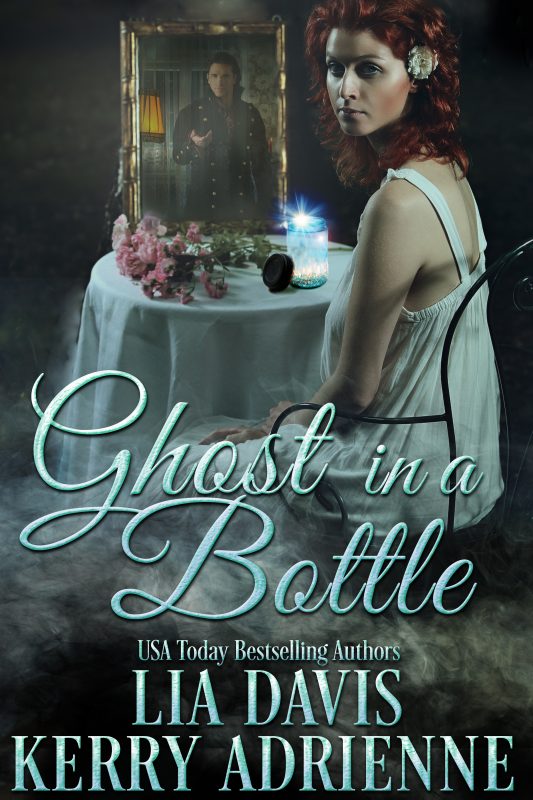 In this haunting read USA Today Bestselling authors Kerry Adrienne and Lia Davis weave a magical tale of gothic romance. To celebrate the one-year anniversary of this hauntingly good read, GHOST IN A BOTTLE is only $.99 the entire month of October!

Ophelia Hunt travels to her family’s ancestral home in Savannah, Georgia, to help her beloved grandmother get her affairs in order. To destress, she spends the day shopping, ending up at an antique store near the river. A hand-blown glass jar, shoved behind other trinkets and baubles, catches her eye. Unable to shake the strong feeling she’s meant to have the old jar, she buys it and sets it on her grandmother’s mantel.

As All Hallow’s Eve approaches, strange things begin to happen. Objects move on their own, doors open and slam closed, and a man’s whispers call out in the darkness. Are Gram’s old stories of family curses and ghosts real, or is Ophelia cracking under the stress of dealing with her grandmother’s finances and last wishes?

Anatoli La Croix has spent the last century cursed to exist in spirit form, locked inside a glass jar. When the beautiful and magickal Ophelia purchases the jar, he discovers he’s able to escape his confinement for short periods. For the first time in a century, he has hope. Could the beautiful witch be the one to break his curse? Or will she provoke the evil spirit that imprisoned him and bring dark magick’s wrath down on them both?

Ophelia scanned the shops. A candy store, stationery boutique, toy store, and an antiques thrift shop. Any would be interesting.
Benjamin’s Antiques and Oddities. Perfect. His quaint showroom had been in the same location since she was a child, and even before that. She set off toward the building, autumn leaves swirling at her feet. Ben knew her grandmother and would likely ask how things were. It’d be good to talk to someone about the situation.

Coming home to take care of her grandmother’s things before she died was not exactly a fun task, though she got to spend time with her favorite person. With her parents having died in a car crash when she was little, her grandmother had been both parents and grandparents, paying for college and becoming both mentor and confidant.

They’d only had each other.

Ophelia smiled. So many happy memories. She really should have come home more often. After she left for college, she’d been so busy, especially once she’d gotten her job.

She tugged at the heavy door to the shop and it opened, sending the bell on the doorframe ringing. She stepped up the two worn oak steps and let the door close behind her. Dusty age hit her nose and she held her breath a moment to keep from sneezing.

“Welcome to Benjamin’s!” The voice crackled from somewhere deeper in the store. “If we ain’t got it, you don’t need it.”

“Hi, Ben.” Ophelia lowered her hand from her nose and made her way around the tall piles of stuff at the front of the store so she could see Ben. She waved.

“Well, I’ll be…” His face lit up as recognition set in. “Oooophelia Hunt. I haven’t seen you since you were knee-high to a grasshopper.”

She laughed. “I don’t think it’s been that long. But hello. It’s good to see you.”

He’d certainly changed, though she couldn’t remember a time when he wasn’t old. He’d always had white hair. Now he had less of it. And he was shorter than he used to be, or maybe more stooped over. More wrinkles but still a sweet face. And his eyes were the kindest blue she’d ever seen.

Yes, Ben was a nice man—maybe a bit dramatic, but always charming. It’d only been maybe four or five years since she’d seen him on a rare visit home over the holidays.

“How’s Betty doin’? I haven’t seen her down here on the promenade in a long time.” He leaned on the counter. His voice had grown serious, like he knew what he was about to hear.

She studied her fingertips then met his gaze. “She’s dying, Ben.”

“You know what I mean. She doesn’t have long. I’m here to help set her estate in order.” She held back her tears. It was a hard job. She had thought it would help to tell someone else—maybe she’d been wrong.

Ben shook his head. “I’m sorry to hear that news, Ophelia. I really am. She’s a good one—a real upstanding woman. Always has been.” He paused to stare into the store then snapped his gaze back to Ophelia. “Time marches on, even in Savannah. Even for witches.”

Ben held up his hand. “Sorry. I know you don’t believe. I’d have thought all that college education would have taught you about real things. But what do I know?”

Ophelia sighed. She shouldn’t be cross with Ben. He always talked about witches and magick and spells and curses. It was part of his spiel and maybe he really did believe it. “I don’t know what I’ll do without her.”

Ben stared into Ophelia’s eyes for a moment. “We all move on and the next generation has to step up and take the lead. One day it’ll be your turn, just how it is.” He scratched the back of his head. “I’m real sorry you’re hurtin’, though. We old ones gotta make room for the new ones. It’s life’s way.”

“I suppose.” She rubbed her nose. He was so practical in some ways and so wacky in others. Probably why she was always drawn to talk to him.

“What are you doing down here on the river today? She send you for somethin’?”

Ophelia looked around at the shelves of dusty wares. Pots and ceramics, old lamps and so much more. “She insisted I take a break today. A mental health day of sorts. So, I’m shopping.”

“Sounds like her.” He laughed. “You go right ahead and look around and see if there’s anything that tickles your fancy. I’ll be right here, taking up space,” he picked up the newspaper and rattled it, “doing the crossword,” he picked up a pen and clicked it, “in ink.”

She nodded, holding back a grin. “Perfect. If I need some help, I’ll holler.” She winced. Back in the south a few days and she was deep in her accent again. If her boss heard her, she’d never hear the end of it.

“You do that. Bet you find just what you’re looking for. Betty sent you for a reason.”

“Oh, I’m not looking for anything.” She smiled.

“We’re all looking for something.” He winked. “‘Bout time you acknowledge that. Sooner the better.” 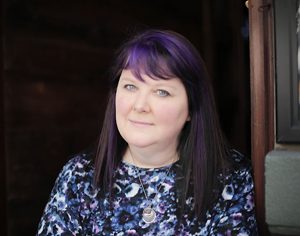