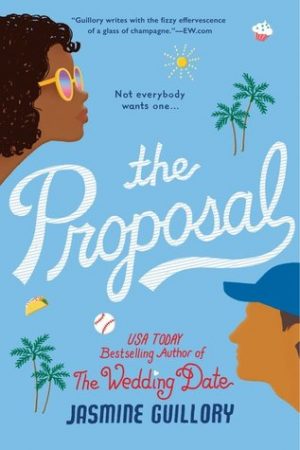 First, what I liked. The opening sets the mood and tempo for the book and brought Nik and Carlos together in a fun and entertaining manner. I loved Carlos from the start. He’s kind and gentle, and a good match for Nik’s craziness. I also like how strong Nik is in the wake of the social media rampage folks went on after her ex’s failed proposal. The pair works well together because they have similar expectations for their romance – neither wanting a relationship, which allows their friendship to develop as they get busy in the bedroom. I enjoyed watching them work through their fears and doubts to eventually realize they are in love.

With that, I found myself frustrated over and over again with different aspects of the storyline and various characters’ actions. One thing that bothered me was Carlos’s mixed attitudes about healthcare. First, he’s a pediatrician, so you would think he’d be on top of healthy living, and he’s constantly on his pregnant cousin about her well-being, yet he doesn’t take care of his own health. But then, to compound the annoying behaviors, is that his sister holds the opposite attitude. She gets on Carlos about his health, but tells him he’s too worried about their cousin.

One other aspect that really bothered me was the about-face in Carlos’s behavior towards Nik near the end. He’s so patient and understanding for the entire book, but when she gets scared and lets her fear control her actions, Carlos lets his frustration boil up and says some very hurtful things. It feels real, but at the same time it feels very out-of-character for Carlos, and it was a bit disappointing that he reinforced her opinion the guys are jerks. He should have apologized right away and the right way. But he didn’t, and then I felt he didn’t grovel enough, in my opinion, to win back Nik.

Overall, I liked The Proposal, but I did have a few issues with some of characters and aspects of the storyline.

When someone asks you to spend your life with him, it shouldn’t come as a surprise–or happen in front of 45,000 people.

When freelance writer Nikole Paterson goes to a Dodgers game with her actor boyfriend, his man bun, and his bros, the last thing she expects is a scoreboard proposal. Saying no isn’t the hard part–they’ve only been dating for five months, and he can’t even spell her name correctly. The hard part is having to face a stadium full of disappointed fans…

At the game with his sister, Carlos Ibarra comes to Nik’s rescue and rushes her away from a camera crew. He’s even there for her when the video goes viral and Nik’s social media blows up–in a bad way. Nik knows that in the wilds of LA, a handsome doctor like Carlos can’t be looking for anything serious, so she embarks on an epic rebound with him, filled with food, fun, and fantastic sex. But when their glorified hookups start breaking the rules, one of them has to be smart enough to put on the brakes…

Reviews in the Series:
The Wedding Date by Jasmine Guillory (Standalone)