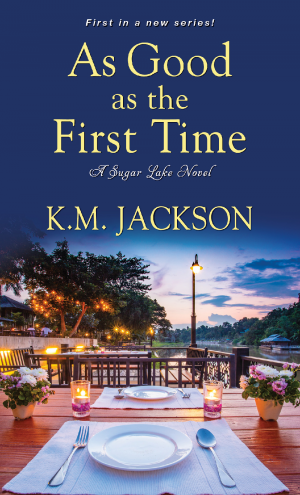 She made her way over to where Rena had already staked her claim at one of the tables and was getting the balls racked while Drea and Pearl were doing their thing staking out the corners. The balls were racked, and it seemed for the moment they weren’t going to get any additional action when a voice from the past hit Liv’s ears from over her left shoulder and stopped her cold. “Care to make this game more interesting, ladies?”

Liv felt her grip tighten around her cue as she whipped around, not quite judging how near he was and nearly hitting him with her pool cue, coming close to taking off the tip of his nose. But thankfully, or not, he quickly leaned back and ducked out of the way.

“Whoa, there! I’m just coming by for a friendly game.

I didn’t know you were brandishing that thing as a weapon,” Clayton yelped, with more than a bit of uneasy skepticism in his eyes.

Liv eyed him right back for one beat, then another, and though seconds went by without saying a word, she hoped her eyes told him where he could take his friendly game. But then the sounds of the bar, the laughter, the music, and the general merriment caught up with her, and her eyes shifted as she noticed the gazes of the people around them suddenly trained their way. There was Rena looking as if she were just about to burst, and Liv could tell her overzealous imagination was going into hyperdrive with possibilities. There were also some of Clayton’s crew gawking. The folks she’d noticed at his table were now standing around, and she could tell they were clearly curious about the out-of-towner who was currently taking up their chief’s attention. Most notably the tall beauty who was seated next to him at their table. Though she was currently chatting happily with a couple of the other guys, still her eyes kept shifting toward the two of them. Liv couldn’t quite make out whether she was more than just a friend.

She immediately told herself that it didn’t matter. It was none of her business.

Liv coughed, regaining her composure. “Sorry about that, but you were a little too close,” she said to Clayton in what she hoped was a light voice. She was sure it didn’t quite come off that way, but hey, A for effort.

Clayton held up his hand and took a half step back. “You don’t have to tell me twice, Miss Gale. I get what you’re saying. But I do come in peace, as a friend and neighbor to welcome you properly back to town.”

Liv felt her eyes narrow. “Better late than never, huh?” Just as the words escaped her lips she wanted so desperately to pull them back.

Darn it! What happened to cool?

She watched Clayton’s expression change. His dark eyes went from soft and brown to so deep and dark they were almost black, and his brows drew straighter as his jaw clenched. She didn’t mean to do it. Well, she did, but on her life she didn’t want to show him how much he’d gotten to her. Not then, not like that.

Liv laughed. Big drawn out and way too exaggerated.

“Come on, lighten up. It’s been a long time. You want to play or not?” She turned away from Clayton’s too intense eyes and looked over at Rena. “Are we doing this or what?”

Liv could see Rena mentally calculating. She hoped it was on a potential game bet and not on anything to do with her and Clayton. Her gut told her it was the latter, and she shot her cousin a “shut it down” glare.

“I’m game,” Rena said in response, going in her pocket to pull out some crisp bills. She looked past Liv and gave Clayton a challenging look. “It’s all on you, Chief.”

Liv steeled herself, then turned back his way, meeting his eyes once more. “Yep,” she said brightly. “It’s on you.”

“Come on, Chief, don’t be a stick-in-the-mud. Like a lady said, the night is still young, and don’t we all have to get up early for work? Let’s play,” the young woman who’d been sitting next to Clayton earlier chimed in as she moved away from the guy she was talking to and went to grab a cue of her own. Just great. She’d be playing too? “You know we’ve got your back. Sugar Lake’s finest can’t be beat.”

Rena turned to the young woman and gave her a smile and a hip check. “That’s why I like you, Avery Duke. You’re a fighter. I can respect that. Now, that doesn’t mean you’re going to win, but I still can respect that. Put your twenty down and let’s cut the chatter and get to playing.”

Liv and Clayton looked at each other for a moment longer, then he grinned. His lips spreading, his eyes softening, and for just that moment a calm settled over Liv. It felt as if she were seeing him for the first time, but also being hit with a bout of déjà vu. She was bobbing lazily on that beat-up old canoe on the lake.

Supposedly fishing, but not catching anything but heat. She was on one end of the boat and Clayton was on the other. Just floating to wherever the current would take them. It was so perfect how they used to be able to just sit together in peace and quiet and not feel the need to fill the air. The sun was at his back, and she could barely make out anything but his silhouette. That was, until the boat shifted and he came into full view again; he looked at her and smiled. Clayton shrugged his shoulder, bringing Liv out of the past and into the present as if he were saying, “Hey, better to know when we’re beat.” He turned to the woman she now knew to be Avery. “Okay. I’m in.

But remember you are the one who asked for this.”

True to its name, the small southern town of Sugar Lake is a sweet place to visit—and you might even want to live there . . .

With her big-city career and relationship in sudden free fall, Olivia Gale isn’t sure where she belongs. So when her help is needed at Goode ʼN Sweet, the family bakery in Sugar Lake, she jumps at the chance to indulge her pie-making hobby while getting her life back on track. Olivia’s not looking for any distractions. Even if the boy who once left her without a word is now a grown man with intriguing secrets—and the same tempting hold on her heart . . .

A firefighter and single dad, Clayton Morris is trying hard to fix his past mistakes. He thought he was doing the right thing by leaving Olivia—and now he’s sure he has nothing to offer the accomplished woman she’s become. But ignoring the sparks between them is impossible. And as unexpected surprises and hard choices endanger their fragile reunion, they’ll have to decide which direction to take if they want to find the road back to love . . . 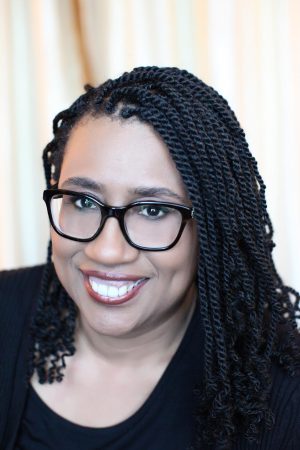 Native New Yorker, K.M. spent her formative years on the ‘A’ train where she had two dreams: 1) to be a fashion designer and 2) to be a writer. After spending over ten years designing women’s sportswear for various fashion houses this self-proclaimed former fashionista, took the leap of faith and decided to pursue her other dream of being a writer.

A multi-award winning women’s fiction and contemporary romance writer, K.M.’s THE BETTING VOW was named one of NPR’s Great Reads 2017.

A mother of twins, K.M. currently lives in a suburb of New York with her husband, family and a precocious terrier named Jack that keeps them all on their toes.

Connect with K.M. Jackson via: