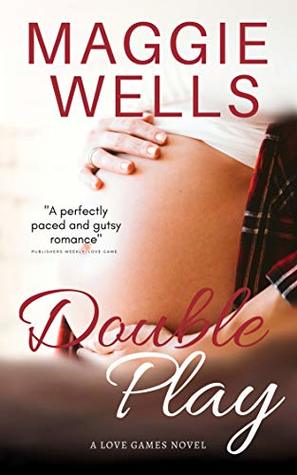 “I only want to know if you’re a donor at Lifespring Fertility Clinic,” she repeated, equally slowly and carefully. “That’s all.”

That’s all, she said. Dominic wagged his head, dumbfounded. She was asking him to reveal his deepest darkest secret. They’d had sex exactly once. They were practically strangers. He wasn’t about to tell her what he’d done, or try to explain why he’d done it.

His mind raced. “Aren’t those things supposed to be anonymous?”

She nodded stiffly. “They’re supposed to be.”

Puzzled by her attitude and wondering how she had the gall to be getting bristly with him, Dom fell back on the defensive. “Why are you asking me this? Even if I had, why would I tell you?”

Avery sighed, and her whole body seemed to sag, curling into itself like one of those roly-poly bugs trying to shield its soft underbelly from the cruel world. He immediately felt like a bully.

“I’m pregnant,” she said, looking him dead in the eye.

He shook his head, denial instant and instinctive. “Avery, we haven’t seen each other in months. And we used protection,” he reminded her. “You can’t be saying this baby is mine.”

“I’m not saying you got me pregnant when we were together,” she replied with exaggerated patience. “I’m asking if you were ever a donor at this particular clinic.”

“What does this have to do with me?” He was backpedaling, and he knew it, but he had no other choice. If she kept talking like this, he was going to tell her to get the hell out of his house. “What does it matter if I have?”

“I was inseminated at Lifespring Fertility Clinic five weeks ago,” Avery said as matter-of-factly.

He stared at her slack-jawed, struck dumb by her confession. Avery didn’t seem to notice. She was lost in her own thoughts.

“It’s funny, picking out a sperm donor is kind of like shopping for a car.” She wrung her hands, and for the first time, Dom noticed her knuckles were white. “You get this book, and you get to flip through all the options,” she continued. “I could choose what hair color I wanted the father to have. Eye color. Height and weight. Educational background…all sorts of stuff.” She held out her hands palm up. How could she convey how truly, bizarrely coincidental this situation was? “At the time it sounded so great. I thought I could go through like at a cafeteria and pick out what special package options I wanted my baby to have.” She gave a short, bitter laugh. “I never attached faces to the pages. Isn’t that funny? All my life, I’ve imagined characters in my head, but when I was reading the book, my mind was a total blank.”

“I, uh…” He held his hands out in a gesture of futility.

Avery took mercy on him by sparing him any need to go further. “I’ve always hated my pasty skin,” she murmured then gave a short laugh. “So, I picked a donor with a Hispanic background. You know, nice olive complexion. And I’ve always found men with dark hair and dark eyes attractive.” She made a fluttery gesture with her hand, and Dom felt his stomach drop. “Anyway, I picked out a sample I thought would be the winner, and five weeks ago, they used the old turkey baster on me. Voila! I’m pregnant.”

She looked up then and raised both hands to frame her face, wiggling her fingers like a cheerleader. “Yay, me.”

“A turkey baster,” he repeated, his tone flat.

“Well, not really. It’s a little more complicated than that, but you don’t want to know all the gory details.” She wrinkled her nose.

She was right. He didn’t. He didn’t want to know about any of this. At all. “I’m assuming this is what you wanted,” he asserted brusquely.

“And I am one.” Her smile wobbled. “My mother was Clarice Preston. Did you know?”

Avery’s chuckle was low and self-deprecating. “No, no reason you would, being a guy and all.”

“Sorry. I didn’t mean to be vague. I try to be more obvious with my insults.” He shot her a puzzled look, and Avery’s smile warmed. “Being a man was one of the most insulting things a guy could do in the house where I grew up.”

“An insult to whom?”

“Ooh. Whom. A-plus, coach.” Her eyes crinkled with admiration. “I knew I liked you for a reason.”

Up until a few minutes ago, Dom would’ve readily admitted he liked her too, but now she was sitting in his living room telling him she was pregnant and asking him if he might be the guy who fathered her baby. The worst part, he totally could be. But he wasn’t owning up to anything.

“I think we’re getting off course here.”

“You’re right. Back to the subject at hand,” she said with a decisive nod.

He launched an offensive of his own, not willing to wait for her to continue. “Listen, Avery, I get you might be regretting going the anonymous route, but I can’t help you figure this out. I assume you made a choice you believed to be the right one for you.”

“I don’t need you to help me figure anything out, Dom. I’ve figured things out on my own all my life.”

While he thought of another tactic to take, she reached into her cavernous bag and pulled out two pieces of paper. She unfolded the first, placing it on the coffee table in front of him.

“I received confirmation of my insemination and conception two days ago. I was successfully inseminated by sample number 8-6-7-5-4-0-9, and now I have a follow-up visit scheduled, as you can see, next month.”

She pointed to the corresponding information on the printout. Dom spared the paper a glance but didn’t inspect it closely. A part of him was afraid to get any further involved in this terrifying conversation.

“Okay,” he said, feigning disinterest. “I guess this is where I say congratulations… Congratulations, Avery.”

Her prim reply almost made him laugh, but then she unfolded the other piece of paper and placed it next to the first. His initial impression was that they were identical, but the expression on her face made him take a closer look.

His heart thudded to a stop.

She knows what she wants, and how to get it
Avery Preston knows her mind. The Women’s Studies and Literature professor is latest in a long line of feminist firebrands determined to break the mold at Wolcott University. When her biological clock tells her it’s time to bust a move, Avery does what she does best—she takes care of business all by herself. Or, so she thinks….

Dominic Mann is happy with his life just as it is
The widowed baseball coach is content, and sees no point in changing his lineup this late in the game. Still, a man would have to be dead not to notice a live wire like Avery Preston. But a one night stand was all either of them wanted.

There’s only one complication
The clinic where Avery was inseminated has been hacked. Now, she not only knows who the father is, but she knows the father. In the biblical sense. Avery shows up on Dom’s doorstep with a bun in the oven, a bellyful of ethical righteousness, and the absolute conviction that she doesn’t need him, and soon, the two of them are caught in a rundown between their hearts and their heads.

Available October 25, 2018, but you can pre-order Double Play today!

By day, Maggie Wells is buried in spreadsheets. At night she pens tales of people tangling up the sheets. This author of feminist, sex-positive romance is the product of a charming rogue and a shameless flirt. Trust us, you only have to scratch the surface of this mild-mannered married lady to find a naughty streak a mile wide.