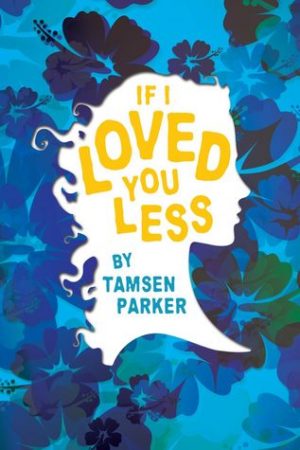 Kini was at the counter when they arrived at Queen’s so Theo didn’t have to drag Austin into the back or yell at Bobby to go fetch her. There was no line either, since it was midmorning, so Theo could just walk right up and present her trophy.

“Look who I brought!”

Theo’s delighted exclamation was met with a somewhat less enthused reaction from Kini. No smile and a slightly raised eyebrow? Come on, Austin’s return deserved a much warmer welcome. And so Theo prodded.

“It’s Austin, Jim’s son. He just got in, and he remembered your bakery, Kini. Isn’t that great? I mean, not surprising because the food is so freaking good. But still. He hasn’t been home for twenty years, and he wanted to come here.”

Kini gave a polite smile that didn’t light up her face the way genuine smiles did—because the woman glowed when she was truly happy—but Theo would take it. Maybe Bobby had burnt some cookies or over-crisped some mango brulées or something. Guy did have a heavy hand with the baby blowtorch.

“Welcome back, Austin. Can I get you two something?”

Well, Kini was sour today, but that didn’t mean Theo had to be. It was midmorning so they totally could have grabbed a pineapple muffin or a mac nut biscotti to dip in some coffee or tea, but instead Theo ordered an iced vanilla latte and some mochi-ice cream and was gratified when Austin ordered the same down to the flavors—matcha, taro, and sakura—and paid for them both. It wasn’t at all necessary, but it was a nice touch. At least Theo thought it was; Kini ran his card through and handed Austin the receipt to sign without taking her eyes off him, as though she thought he was going to snag a coconut-lime-white-chocolate-chip cookie off the cake plate on the counter and make a break for it. Sheesh.

When they sat down at one of the empty tables, they got some stares. For eating ice cream at ten-thirty in the morning? Maybe. More likely, it was people wondering who she was with. Locals might’ve heard Jim’s son was in town, but they’d also know this guy in his polo shirt and khaki shorts wasn’t one of them. And he wasn’t, technically.

“So what are you going to do while you’re here? Besides let your dad drag you around town and show you off? You know you’re going to get your cheeks pinched and every auntie in town is going to say how much you’ve grown, right?”

Austin scrubbed a sheepish hand over the back of his neck. “Yeah, I kinda figured that out already. Thanks for getting me out of there for a bit.”

Looking around the bakery where people were straining to hear their conversation, Theo wasn’t sure Queen’s was much better, but if he thought so, she’d let him. “No problem. Is there anyone you actually want to see while you’re here?”

“I felt bad about not getting to spend more time with my dad and Charlotte while they were on their honeymoon, so I’ll spend most of my time with them. And I have to go visit the aunt of some girl I know from academic conferences. It’s going to be a total drag, but it’s one of those things, you know? You’ve just got to do it.”

“Is she? I didn’t know.” Austin took another bite out of the powdery pink soft shell of his sakura mochi ball. “Guess I’ll see her, too.”

Theo swung a foot underneath the table, grazing the floor with the sole of her slipper. “You don’t sound exactly thrilled about that.”

Austin answered with a shrug and took another bite. “I see her at conferences all the time; I’m not sure why I have to see her here, too.”

“You don’t like Jessica?” Was it too much to hope that this guy she’d felt an immediate bond with could commiserate over how perfect and unreachable the great Jessica was?

“She’s fine. If you like girls who will barely look at you and can’t make basic conversation to save their lives. She’s so…reserved. I guess there are some perks to being a wallflower, but I’d never want to date someone who was so cold. She’s really no fun. And so frosty it makes my balls want to crawl up into my body.”

Theo couldn’t help but snort and was glad she was eating a matcha mochi instead of drinking the ice water she’d snagged because it probably would’ve come out her nose. “Dude, we’re a little early in our friendship for you to be talking about your balls, don’t you think?”

“Sorry, sorry. It doesn’t feel like I just met you, though. Not like when I see Jessica. I swear, every time I see her is as awkward as the first. How could someone love a person so reserved? No, that’s definitely not for me.”

Theo lifted a shoulder and munched another bite thoughtfully. “I guess at first it’s annoying when people aren’t friendly, but don’t you feel good when you’ve earned your way into their inner sanctum? It’s kind of a prize, you know? Not something they give away to everyone.”

“Dude, we’re a little early in our friendship to be talking about your inner sanctum, don’t you think?”

Which is when Theo dipped her fingertips in her water glass and flicked a bunch of drops toward Austin’s face. “Shut up.”

Kini plunked their lattes unceremoniously on the table, still with that imperious, disapproving look on her face. Had Theo done something to put that scowl there? Her curt “enjoy” said maybe.

“Hey, Kini. Busy day? Your vendors late delivering your eggs or something?”

She’d seen Kini threaten someone with her rolling pin once when they’d been a few days late with the sugar and she’d almost run out. Theo had thought the guy was going to shit himself he looked so nervous. But who could blame him?

“No, it’s been slow this morning. That’s why Bobby’s out in the back practicing piping frosting. He’s getting better, but…” Kini rolled her eyes. Yeah, Theo couldn’t really picture him doing the delicate work of putting flowers and swirls and whatever else kind of decorations people wanted on their cakes. “So, Austin, you just got in? I would’ve thought you’d be with your father and Charlotte. They’ve been waiting for you to visit. You should’ve seen your father when he came by for his coffee this morning. Bouncing off the walls.”

Oh, that’s what this was about. Feeling protective of her once and future bestie, she leapt to Austin’s defense. “We’re just stopping by. Austin’s going to go get settled and have lunch with Jim and Charlotte at the house right after this. Aren’t you?”

Austin seemed to receive her telegraphed signal of just agree with me because he gave Kini a wide and charming grin. “Oh, yeah, definitely. It was just a long flight, and I didn’t want to crash before lunch. Theo said I could top up on caffeine here, so I won’t end up face-first in my food.”

Kini crossed her arms and gave a reluctant “mmph” before heading back to the counter. Eh, she’d warm up to Austin. She had to, because Theo would make certain of it.

Sunny, striking, and satisfied with her life in paradise, Theodosia Sullivan sees no need for marriage. She does, however, relish serving as matchmaker for everyone who crosses her path. As the manager of her family’s surf shop in Hanalei Bay, that includes locals and tourists alike.

One person she won’t be playing Cupid for is the equally happy bachelorette down the street. Baker Kini ʻŌpūnui has been the owner of Queen’s Sweet Shop since her parents passed away and her younger brother married Theo’s older sister and moved to Oahu. Kini’s ready smile, haupia shortbread, and lilikoi malasadas are staples of Hanalei’s main street.

However, Theo’s matchmaking machinations and social scheming soon become less charming—even hazardous—to everyone involved. And when she fails to heed Kini’s warnings about her meddling, she may be more successful than she ever intended. Theo has to face the prospect of Kini ending up with someone else, just as she realizes she’s loved Kini all along.