In a world full of rogues, sometimes you need a hero.

Meet the Swordcross Knights: Alric, Luc, Rafe, and Octavian. These warriors are sworn to protect each other no matter what occurs. One by one, they each meet a remarkable lady in need of a champion, whether she admits it or not.  Using all their strength and guile, the Swordcross Knights must fight on the battlefield and defeat devious enemies to prove that they are worthy of the women they love. And these men fight to win.

Yearning for a more romantic time? Step into the world of medieval Britain. Ride through emerald forests, silver mists, and golden sunlight in this beguiling four book series from Elizabeth Cole, available as a complete set:

Honor & Roses — Sir Alric returns from years away to find that his childhood friend Lady Cecily is grown up, ravishing…and promised to another. Can he hold true to his oath and still protect the woman he loves?

Choose the Sky—Sir Luc is ordered to find a traitor to the crown, a quest that leads him directly to Lady Domina. Can the icy beauty truly be an enemy? And why does he want to melt her heart?

Raven’s Rise—After committing an unspeakable act, Sir Rafe is running from his past, try to survive. Any job will do. But escorting the lovely Lady Angelet to a nunnery becomes more than a job, when Rafe’s past threatens Angelet’s future.

Peregrine’s Call—Sir Octavian traveled halfway across the world on important missions, and he doesn’t want to share his journey with a maddening, misbehaving woman. But Robin has plans of her own….plans that involve the knight.

Four full-length novels available together in a complete series! 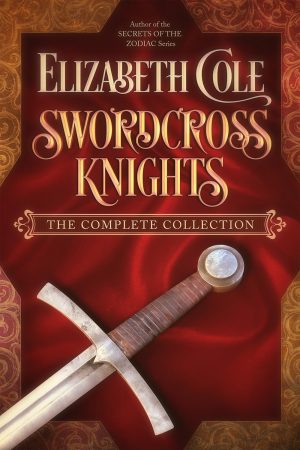 “Just where do you think you’re going?” he asked bluntly.

Cecily skidded to a halt, staring at him in dismay. “Alric!”

Even spoken like that, he liked to hear his name on her tongue.

“Tell me where you’re bound, and why,” he said.

“I have to run!” she said, looking anxiously over her shoulder. “Uncle Theobald wants to marry me off.”

He took her by the shoulder, hoping to calm her. “What has happened?”

“He’s chosen a husband for me, but not one I can stomach,” Cecily said. Her breathing was quick, her breast rising and falling with tension. “There’s a nunnery in Hereford. I have my jewels to bring as my donation. They’ll take me as a novice.”

Alric shook his head. “If you take the veil, you’ll be behind walls for the rest of your life. How is that any different from a marriage?”

She bit her lip. “It would be of my choosing.”

“No, it wouldn’t,” he argued. “Not if you’re only choosing it as a way to avoid another choice. Besides, you wouldn’t be able to stay once Theobald heard of it. He’d demand your return, and he’s your guardian. A small nunnery would never endure the scandal of allowing a headstrong young woman to defy her noble family’s wishes.”

“Let me go.” Cecily twisted away.

But he held her more firmly. “No. Not until you admit your plan is terrible.”

She turned back to him, with heat in her eyes. “You say my plan is terrible, but you offer no alternative. And you’re supposed to be my ally, my defender! If not the nunnery, then what? What other option is there for me?” Her cheeks were flushed now, and her lips parted as she took a deep breath.

He gathered her in his arms and lowered his lips to her own.

iBooks (Note: This is an Apple iBooks exclusive until 2019.)

Purchase the individual novels by going to https://elizabethcole.co/swordcross-knights/ and clicking on your favorite vendor. 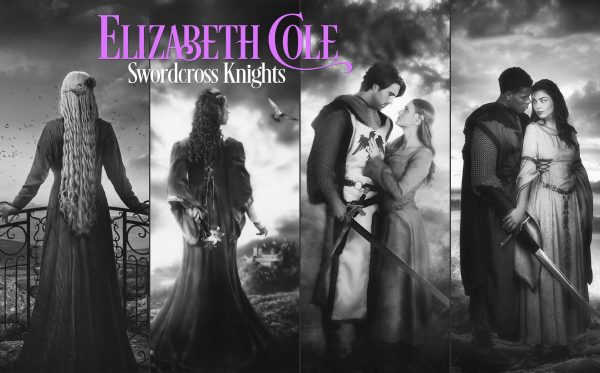 Elizabeth Cole writes both historical and paranormal romance. In some of her former lives, she was a bookseller, archivist, cubicle drone, and popcorn popper. She adores tea, basketball, and cats, not necessarily in that order. She was born and raised in Wisconsin, where people are nice even to their enemies. She now lives in Philadelphia, where everybody just grunts. A grunt could mean I love you. It usually doesn’t.