We all have demons in our lives. What are yours?

Do you suffer from addiction? Irrational fears? Impostor Syndrome? Anxiety, depression, body dysmorphia? What is it that keeps you from being the person you want to be? We all fail. But, we also sometimes succeed in spite of our demons. When we pull ourselves up from our respective rock bottom, we continue on and we are forever changed.

Those are the stories I want to tell. 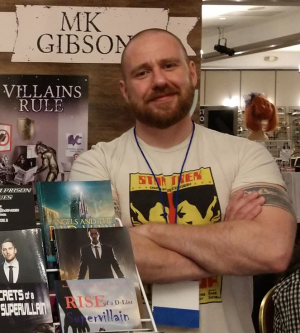 Hi, I’m Mike Gibson. And welcome to my messed up mind.

In the late 90’s, when I had hit a low point in my life, I enlisted in the US Air Force. It was my last chance to make something of myself. There were times when I thought I had made the wrong choice. And I nearly squandered the opportunities I had. But, I pulled my head out of my butt, reinvented myself, and spent 20 years in the service. But, what was I supposed to do next?

I had always wanted to be a writer, but my own fear of failure, coupled with the crippling lessons of uselessness instilled in me by my step-dad, had prevented me from just going for it. But, as I neared retirement, I said: screw it. I officially retired on 1 May 2016, after 20 years of service. And I was proud to say that my first book, To Beat The Devil, A Technomancer Novel, had come out a month prior. And in many ways, I’m thankful that I had waited all those years.

Like many other people, my own demons needed addressing. They needed to be beaten, or accepted. And, in truth, I needed to live. I needed those years to laugh and love deeply. To be hurt by, and to hurt, others. I needed those two decades, from age 20 to 40, to see the endless possibility of time through both the filter of youth, and early adulthood. And I needed that time to simultaneously grow up, and to stay young. Simply put, I had learn to laugh. Especially at myself. From those lessons, encounters, and people I’ve met, it allowed me to craft worlds, characters, and situations that while fantastical, are also personal.

When I started the Technomancer series, I wanted to do an urban fantasy story. But, with a twist. Mine was set after the biblical apocalypse. I decided to mix fantasy, mythology, and technology. But that was just the background. But, what was the story? In telling the story, I borrowed from my own life, and wove a redemption arc for a bastard who learned the valuable lesson that no one is an island. As the books progressed, they became about the one thing I hold in the highest of regards: hope. That feeling we need when times are darkest. And, I made my protagonist suffer. But, always striving for that beacon of light in the dark. Hope.

My lead character, Salem, has a lot of me in him. Not in the author insert/power fantasy way. Salem suffers from a lot of the same demons I’d been plagued with. And though his journeys, I’ve reached a remarkable level of catharsis in my own life by penning my own weaknesses through his eyes. 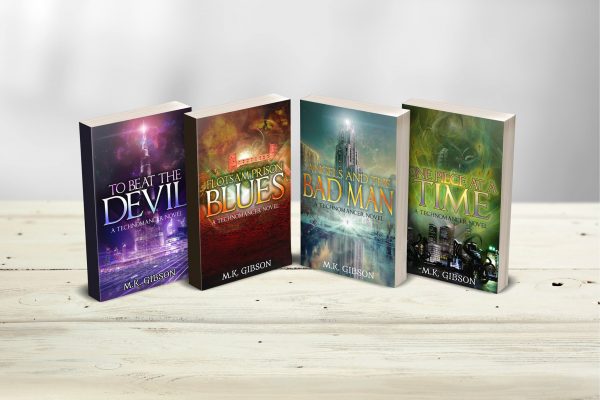 To cleanse my pallet, I also worked on my Shadow Master series, the R-rated, fourth wall breaking, comedy action books about a self-professed master villains from “the real world” who helps to make the villains of the various realms better. Up front, the protagonist, Jackson Blackwell, is a jerk. Full stop. But, the experiment was to see if I could write a jerk, remove all his morality, double down on the Id, and still make a funny book that was enjoyable to read. The books, as all my books, have deep reflections of myself. Past the vicious dark humor, the Shadow Master series is about a man coming to terms with his own hubris. Falling in love. Getting married. Having a child. And all the fears that come with maturity/responsibility. But, with a LOT of dark, gallows humor blended with pop-culture, sci-fi, and fantasy. 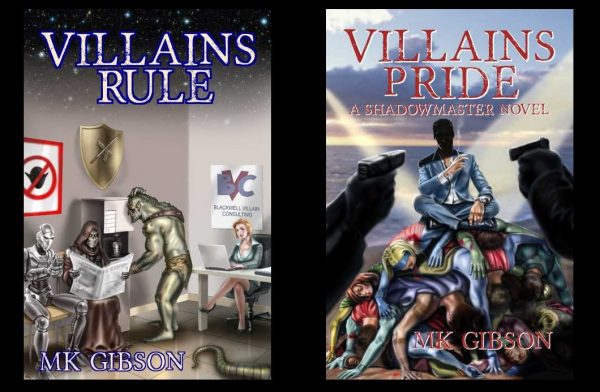 And lastly came my newest novel, She Dreams of Fire, A Hammer of Witches Novel. Another urban fantasy series, but this one is set in a contemporary world. I’d been wanting to write a female lead for some time. And, even some of my close female friends advised me not to do it, less it come off as “a guy with boobs”. But, I wanted to take on the challenge. Instead of being a “guy writing a girl”, I just wrote a person. And that person became Aggy Grae, my avatar of personal strength.

Because personal pain is not germane to gender, her story of strength, perseverance, struggles with self worth, and addiction, can be enjoyed by all. Aggy carries a lot of my burdens with her, but she carries them with a determination and resolve I wish I had had during my 20’s. Yes she falters. Yes she falls. But, she gets back up.

So, if you’ve reached this far, you might think I, and my books, are overly sad or dramatic. And I don’t blame you. But please know, they, and I, are not. Life is beautiful and worth living. It is through these conflicts that we grow and become more than we ever thought possible. We, and my characters, have seen what sucks, and what’s worth fighting for.

And what’s worth living for.

Thank you so much for this opportunity. Whether you read any of my books or not, all I ask is that you live long and strong. 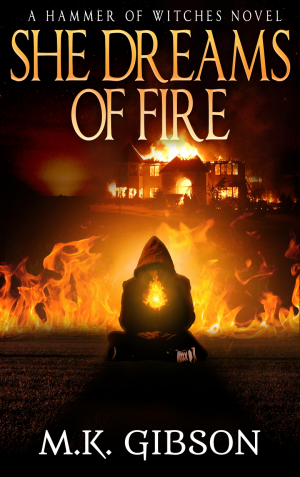 Agatha “Aggy” Grae was only ten years old the night a witch of the Umbra Coven killed her mother and burned her home. Injured, she received a transfusion of blood tainted by witchcraft, and immediately her eyes were opened to the truths hidden from mundane eyes. She saw a new world, a hidden world, one filled with darkness and secrets.

And that new world was now aware of her.

Through the years, Aggy never quit hunting the mysterious coven. From the shadows she gathered information, stepping out only to hurt those who dared to hurt others. But everything changed the night she helped a familiar-looking stranger. Through magical means, Vanessa, a high witch of the Umbra Coven, has learned of Aggy. Following the orders of the coven’s leader, The Veiled One, Vanessa has begun her own hunt, one that can end only with Aggy’s blood.

She Dreams Of Fire is a story of strength. In order to survive, Aggy must defeat her own doubts, addictions, and fears. In order to win, she has to endure everything the witches and the Hidden Folk throw at her. Partnered with a man from her past, the unlikely pair must learn to trust each other as they suffer betrayal, discover hidden truths about themselves, and battle the monsters in the dark.

But does Aggy have the strength to walk through the fire?

Mike Gibson (Gib or Gibby to his friends). He’s a father, husband, writer and a retired US Air Force MSgt with 20 years of service. Back in 1980, when he was 5, he saw the animated version of The Hobbit and was a geek from then on. All he has ever wanted to do was to write and tell stories.

And yes, those are some of his framed rejection letters from agents, agencies and publishing houses on the home screen. He keeps them, takes them out from time to time and reminds himself that some people are idiots.

He lives with his wife, son, 2 dogs and cat in Mt Airy, Maryland.