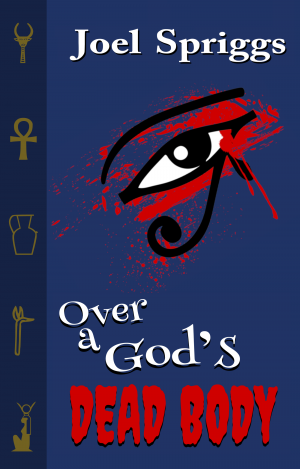 Esmy and Jake both forced grins and pushed back the agitation of the greeting. Esmy started, “hi Mrs. Pilleteri.”

She cut her off quickly, “Please, Ezmeralda, call me Betty when we aren’t around students.”

Esmy winced a bit at her whole name. Betty’s smoky voice made it sound too formal, and she rolled the name smoothly with the s making a slight z sound. “Then please, just Esmy. Jake and I randomly heard about a major in Preternatural Sciences.”

Betty’s eyes twinkled, and she hopped in, “and you wondered what constitutes a ‘Preternatural Science’?”

Betty steepled her fingers and stared across her desk at them. “You should have some clearance about that department, how did you find out about it, Ezmy?” She motioned for them to sit in the pair of seats behind them.

They pulled the chairs and sat. “I was asking Jesus about the subbasement this morning, and he mentioned the students heading down there were Preternatural Sciences majors. Jesus told me I should talk to you about it.”

Betty scoffed and rolled her eyes, “That damned vampire will be the death of me yet.” She sat back in her chair and stared at them, her green eyes seemingly piercing them.

Betty took off her glasses and rubbed the bridge of her nose, “What is so funny, Ezmy?”

Esmy sat up straight from her slouch, as though she was just scolded, “oh, I always joke about Jesus being a vampire too, he keeps that office darker and colder than any IT person I’ve ever known.” Betty smiled at that.

“Usually, students aren’t allowed to take courses from that catalog. It’s kept separate for an excellent reason. Most students never even know it exists. I’ll say Mr. Mordido just gave you the clearance by telling you about it in the first place.”

The twins sat forward with anticipation.

“There are some subjects of study that are not generally accepted in your normal scientific research nor generally well,” she searched for a word, “received by the general public of students learning.”

Esmy and Jake looked at each other, they both looked puzzled. They turned back to Betty.

She searched for a better way to explain it, she leaned forward. “OK, let’s say you go to the Natural Sciences building. You’d go to take classes in say Biology, Physics, Astrophysics, and Chemistry, right?”

The twins nodded in agreement.

Betty continued, “Well, in the Preternatural Sciences department, you’d instead take classes in,” she looked over a course catalog for a moment, “Cryptozoology, Metaphysical Manifestations, Cross-dimensional Astrophysical Travel and General Thaumaturgy.” She clasped her hands and leaned back in her chair.

Esmy and Jake alternated looking at each other and looking back and forth at Betty for a moment grasping at what she just said.

Jake leaned forward so far he almost fell out of his chair. “Wait, everything you just listed is basically magical or supernatural in nature, we don’t actually teach that here.”

Betty pointed a sharp red painted nail at him, “That is exactly why we don’t publicize this and announce the major to the world, that closed-mindedness you just pushed back my way. Of course, we offer this, I just told you we did, but you tried to shove it back in my face and say it isn’t offered.”

Esmy found her voice now, “Umm, so Cryptozoology, that’s studying Yetis and gnomes and such, right?”

Esmy pushed a bit further, “Cross-dimensional Astrophysical Travel would be…”

“Wormholes, essentially. I never took the class, but that’s how I’ve heard Jeffords explain it in the abridged version. He could probably go on for hours about it.”

Esmy felt her jaw drop off her face. “Dr. Jeffords? The same Dr. Jeffords that can’t be bothered to actually respond to emails and makes that poor secretary print it all out, that Dr. Jeffords? Jeffords can create a wormhole to travel through space?”

“Time too, how else do you think he gets those absurd sweaters. He won’t shop at the vintage stores. Those things are fresh from the seventies, great prices he says, but finding old currency, so you don’t cause a time paradox is a pain.” Betty shifted her expression to be a bit compassionate, “and you really shouldn’t give him such a hard time about the computer problems. It’s a side-effect of a failed attempt by an ill-prepared student a few years ago. If he actually touched a computer, at the very least it would destroy the device’s usefulness. The circuits are the issue, too close to unshielded electricity and strange things happen. We think he may have touched a TV once after the accident and it vanished. It’s still unaccounted for.”

“He can accidentally drop electronics through space?”

Betty nodded, “like I said, we don’t know where it’s at, but we also don’t know when the TV is at either. It could pop back on the same table tomorrow, or it could be sitting in the middle of an Apache or Miami encampment in the fifteenth century, though no accounts found have mentioned an ill-gifted Toshiba thirty-two inch TV.”

Esmy was getting the hang of this now. “Metaphysical Manifestations, would that be ghosts or out of body experiences?”

Betty grinned wolfishly at Esmy. “You see, you are catching on. Ghosts and spiritual communion is in MM one, OBE’s are held for a special study in MM two. Now, the problem is that this is just general ghosts and spirits of this realm, divine contact, pacts, and summoning are taught in specialization to the different religions and outer realm studies. Some we teach every year, some we only teach for certain years when certain lecturers are available.”

Jake looked dumbfounded. Esmy just nodded some more, “And General Thaumaturgy, what does that entail?”

Betty spread her hands, “Well, you have General Thaumaturgy or GT, then Thaumaturgy One or T1, then T2, and Advanced Thaumaturgy, AT. These are your classes around sorcery and spell casting using material elements and symbology. Such as Runecraft is taught in T1, GT you can expect how to mix some entry-level potions. They generally have prerequisites such as Preternatural Botany or Arcane Linguistics.”

Esmy nodded some more, she found this really interesting. Jake tossed in, “I’ve never really seen any of these topics in the library or the campus bookstore. Are there textbooks for Yeti biology? A special collection I don’t know about?”

Betty chewed the question for a moment. “A lot of students are able to get their required texts from professors, in our special collections housed under the college or they just order them on Amazon like everyone else. Cryptozoology is a pretty easy one to pick up on Amazon, though you have to get the right ISBN numbers, I’ve had so many complaints of kids getting the fourth edition on accident.”

Seth wants to be a king among gods. Loki wants his freedom from Seth. Esmy wants some excitement. When Esmy finds out the millennia-old trickster god is her great-grandfather, she finds more excitement than she had bargained for.

Esmy has to quickly catch up to a whole new existence. Where she’s not only having to contend with gods from Norse mythology but also a micro-managing god from the Egyptian pantheon as well. She must also cope with discovering the small midwest college campus she works on is host to not only gods and magic, but a vampire, voodoo priestesses and a Canadian with an irrational hatred of Girl Scout Cookies.

In a high-stakes game of maneuvering, Loki’s freedom and Esmy’s life come down to a fight over a God’s dead body.

Joel Spriggs (1982-?) was born and raised in Frankfort, IN. He graduated from Franklin College of Indiana in 2004 with a Bachelors of the Fine Arts in Computer Science and Broadcast Journalism.

Joel’s first novel, “Over A God’s Dead Body” was published on the Kindle platform in June 2018 and is the first in a planned series surrounding the same characters and fantasy world. The audiobook version is due to be released late 2018/ early 2019 on Audible.

Joel lives with his wife and three children in scenic Lebanon, IN. He maintains a website and blog at joelspriggs.com. He is also active on Twitter, @joelspriggs.