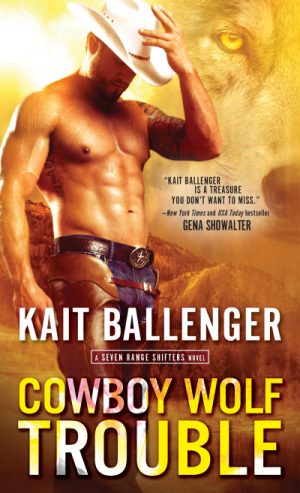 Damn that idiot brother of hers.

Naomi Evans’ breath swirled in the cold autumn air as she fumed at her brother’s stupidity. The bulky weight of her father’s old breach-loader pulled against the already stressed tension in her shoulders. She loaded two more buckshot shells. As soon as she’d heard that trap snap closed, she knew Jacob hadn’t listened to her. She’d warned him that animal traps were not welcome on her ranch. That hadn’t sat well. Jacob was still sensitive that their father had left the ranch to her, the biologist, instead of him, the born and bred cowboy. She shook her head. Since the day their mother birthed him, Jacob had been determined to be a thorn in her side, but she hadn’t expected him to step over the line. She’d made her message clear: her ranch, her rules.

So much for that.

The sound of her shotgun’s barrel clicking into place resonated in the almost dead silence of the Montana mountainside as she walked out into the night. The summer crickets had long since left, leaving nothing but the occasional owl’s hoot or the rustle of the wind.

A deep sigh shook her. She didn’t want to do this. But there was no other choice now. She’d either have to call the Defenders of Wildlife to come collect it, or put that pesky beast out of its misery, depending on how bad its wounds were. Though now a rancher like her father before her, she respected the surrounding wildlife as the traditions of her Apsaalooké heritage and her interests as a former biologist had cultivated in her.

She’d tried everything. Extra fencing, chicken wire, a blow horn, warning shots, you name it. Everything the local environmental and animal protection groups suggested, but nothing had worked. She couldn’t afford to lose any more livestock, and the carnage left behind had been unlike any she’d ever seen. The thought made her shudder. From the dismembered carcasses, this one was some sort of alpha brute.

She stared out into the abyss of her ranch’s land, nothing but the swirls and bursts of twinkling stars and the stark white moonlight overhead to light her path, but the cold seeped into her skin at the thought of the wounded animal on her property.

A small rustling noise sounded. Immediately, she hoisted the gun to her shoulder. Adrenaline pumped through her. She should turn back now. Something inside her screamed this with pure certainty. There was little she could do for the animal at this point. Unless she wanted to get herself mauled, she couldn’t free it from the trap, and she didn’t need to see the extent of its injuries to report it to the Defenders of Wildlife. But she wanted to look this beast in the eye. As gruesome as the remains it left behind had been, the biologist in her marveled at a predatory animal that could hold such power, and the size of its tracks indicated this wolf to be some sort of anomaly—way larger than typical for the kinds that roamed this mountain range.

“You couldn’t stay away, could you?” she whispered into the darkness, the question as much for herself as for the animal.

A snarl answered back. She crept toward the noise, eyes glued to the rustling animal just out of reach of the porch light. Only movement and a vague outline to her eyes, but she knew it was him.

As she reached the edge of the darkness, her eyes adjusted to the lack of light. The grey wolf lay hunkered down in the dirt. Canis lupus irremotus, her mind instantly catalogued. A Northern Rocky Grey Wolf. Yet, much larger than what would be typical for the breed, especially since their reintroduction to the wild. They’d been almost extinct barely twenty years earlier. The trap anchored the wolf’s front paw. Around the wound, blood pooled black in the moonlit mountain dirt. From the looks of it, the Defenders of Wildlife would be able to patch this beast up, and then hopefully release him back into the wild. Maybe by then, he wouldn’t be as fierce and brazen about slipping fences to eat livestock.

She stepped forward. At the sight of her gun, the wolf snarled.

But she held the gun steady for her protection. She may not want to kill the creature, but if it came down to its life or hers, she’d pull the trigger, no matter how it would break her heart. Examining the large majestic beast before her, a heavy weight pulled on her conscience. Animals like this withered in captivity, if not treated right. “Sorry, bud. I didn’t want to do this,” she mumbled.

The wolf’s golden eyes held her gaze for a prolonged moment. It examined her with equal curiosity. When it finally broke eye contact, the air surrounding the wolf suddenly shifted and bent. Fur retracted and limbs shifted.

Naomi’s breath caught in her throat. Two seconds ago she’d been face to face with a large, angry grey wolf. Now, a man crouched before her. Before she questioned her own sanity and whether she’d accidentally mixed the glass of Cabernet she’d drank at dinner with medication she’d somehow forgotten she’d taken, she lifted her gun again, clinging to her only means of protection.

His deep, graveled voice rumbled through her chest. “Don’t shoot.” He lifted a hand in surrender.

Gun at the ready, she stepped backward. “Get up.” She said it because she wasn’t entirely sure what else to say.

He remained on the ground.

She brandished the gun. “I said, get up.” She fought to keep the terror and shock from her voice, to keep her tone even, though her heart pounded against her chest.

Slowly, he extended to his full height. Instantly, she regretted it. Now, at the end of her gun’s barrel stood a man, a very large, very naked man.

“I’m not going to harm you.” His gaze followed hers to his bloodied arm. “We’re at an impasse.”

Funny, considering he was the one in her animal trap. “I’m the one holding the gun, asshole,” she retorted.

She stood there, gun poised on him, unmoving. Her breath swirled around her face in the cold night air. She’d barely been prepared to kill a wolf, let alone a man. As she calculated her next move, he stood naked before her, both hands lifted in surrender. The trap clamped onto his forearm failed to faze him, despite the blood running down his arm. The expression on his face remained unaffected, distant, rather than panicked or aggressive.

She needed to subdue him. Right?

Briefly, she considered calling the police, but she quickly reconsidered. Predominantly white law enforcement had never been kind to her people. And a young Apsaalooké woman reporting a naked, unarmed Caucasian man caught in a wolf trap seemed like a recipe for harassment. Her idiot brother was out of town for the week—so there’d be no help there. She could call someone from the Nation, she supposed, but the nearest tribal police on the rez were an hour away and they didn’t hold sovereign authority outside their lands. Not to mention she’d be damned if she needed a man to save her. This far into the mountains, it was just her and her father’s shotgun on this one.

“Where did the wolf go?” she asked.

The slightest lift of his eyebrow questioned her sanity. But not in the way she’d been hoping.

“That’s not humanly possible,” she breathed.

He smirked as if she amused him. “Good thing I’m not human.”

But a new evil will stop at nothing to tear their world apart.

For centuries, the shifters that roam Big Sky country have honored a pact to keep the peace. Even bad-boy rancher Wes Calhoun, former leader of a renegade pack, has given up his violent ways and sworn loyalty to the Grey Wolves. But his dark past keeps catching up with him…

Human rancher Naomi Evans cares only about saving the ranch that was her father’s legacy. Until a clash with Wes opens up a whole new world—a supernatural world on the verge of war—and Naomi, her ranch, and the sexy cowboy wolf stealing her heart are smack dab in the middle of it.