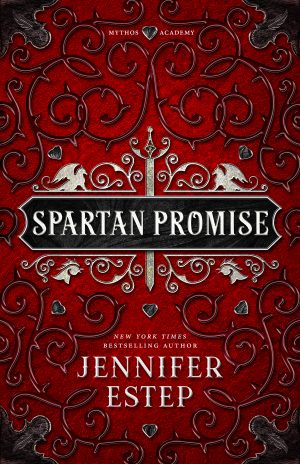 I lashed out with my pen first, trying to drive it into the shadow’s throat. But the shadow was quicker than I expected, and it blocked the blow and caught my wrist in its—his—hand.

Usually, when I was fighting someone, I could see what the other person was going to do before he actually did it. How hard he was going to punch me, how many times, even the angle he was going to swing at me from. It was more of my Spartan magic at work. I’d always thought that being in a fight was like starring in my own personal action movie, only I had the advantage since I was always a couple of steps ahead of the other person.

But here in the dark, I couldn’t see as well as normal, which limited that particular ability. Still, I’d been in a lot of fights, so I could guess what the guy was going to do next. Sure enough, he bent my wrist back, trying to make me drop the pen, so I obliged him and let go of my makeshift weapon. He loosened his grip for a second, giving me enough time to surge forward and ram my elbow into his stomach. His breath escaped in a loud oof! of air, and I whirled around and stepped back out of his long reach.

The guy recovered quickly and came at me again. I heard the faint zip of a weapon slicing through the air, and I raised Babs up into a defensive position.

Our two weapons crashed together, drowning out everything else, and that was when the fight truly began.

Back and forth, we battled through the tunnel. With every strike and counterstrike, I cataloged everything I learned about the guy. He was tall and fast, but he didn’t have a Roman’s superspeed. Instead, he was exceptionally strong, telling me that he was a Viking. Given the dark, murky gloom, I couldn’t tell exactly what kind of weapon he was using, but it seemed big and heavy. Probably an ax. Vikings usually preferred to use those instead of swords.

Despite the fact that the guy was trying to hack me to pieces, I grinned as we whirled around and around and our blades crashed together time and time again. That was another, slightly freaky thing about being a Spartan. Fighting for my life seemed natural, like it was something I was supposed to do, like it was such a big part of who and what I was that I could never be anything other than a warrior.

That worried me more than I cared to admit. Spartan or not, I didn’t want to spend my whole life fighting Reapers. Even warriors needed a break, and even the best warrior could die on the battlefield. One lucky strike, one moment of hesitation or distraction, was all it took to send you to your grave. But I pushed my worries aside, because I needed to focus if I wanted to win this fight.

This guy was good, a worthy opponent for my Spartan fighting skills, and it was taking all my training to keep him from slicing me to ribbons. I hadn’t battled someone as skilled as him in a long time, and it was going to make beating him that much more satisfying.

Hunting for the bad guys has never been so dangerous . . .

My name is Rory Forseti, and I attend the Colorado branch of Mythos Academy, a school of warrior kids, powerful artifacts, and mythological monsters.

I’m a student, a fierce Spartan warrior, and a member of Team Midgard, a group of kids and adults tasked with stopping the evil Reapers of Chaos. There is one Reaper I’m determined to hunt down above all others: Covington, the man who murdered my parents.

So when the Midgard gets a tip that Covington is going to try to steal a dangerous artifact, I’m ready to fight. But the situation is far more complicated than it seems, and the Reapers aren’t my only enemies.

I’ll have to use all my Spartan strength and skills to survive this. And even then, it might be my blood that gets spilled . . .

Booksellers and librarians can order print books through @IngramSpark. 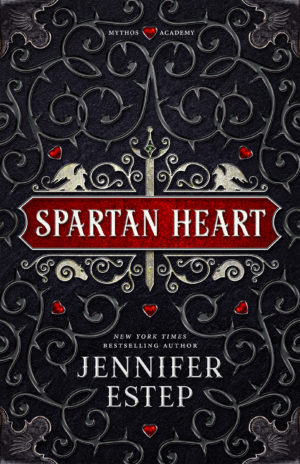 At Mythos Academy, everyone knows exactly who I am: Rory Forseti, Spartan girl and the daughter of Reapers.

Even though I fought alongside my cousin Gwen Frost to save the mythological world from Loki and his evil Reapers of Chaos, I’m still the most hated girl at the academy because of all the horrible things my parents did. I had hoped that this school year would be different, but the other kids just won’t let me forget about my parents.

But something strange is going on at the Colorado academy. First, I run into a Viking guy who dislikes me more than most. Then I notice some odd artifacts in the Library of Antiquities. And worst of all, I start hearing rumors about a new group of Reapers who can summon mythological monsters.

I might be the most hated girl at Mythos Academy, but I’m also the only one who can save it . . . 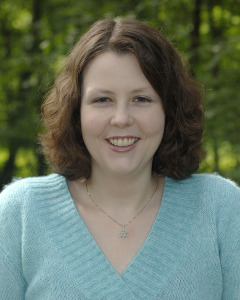 Jennifer is also the author of the Elemental Assassin, Crown of Shards, Bigtime, and Black Blade fantasy series.