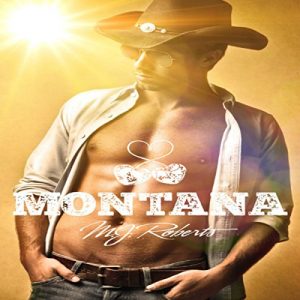 This first story in the Montana series by new-to-me author M. J. Roberts was a nice surprise. Given that I’ve never had the opportunity to visit there myself, I enjoyed getting to know the characters through their lives on a busy Montana farm. Though the landscapes, weather, etc., are certainly factors in the narrative, the author relies on these characters (Noah, especially) to carry the weight of the story, which increases substantially as the chapters go by.

As the sole POV, this story really is all Noah’s. Left in his older brother’s care at the age of thirteen after the sudden death of their parents, and with no outside friends due to a shift to homeschooling, his world begins and ends—both geographically and socially—with the family farm. Noah doesn’t seem to view the situation as a burden, however, but accepts his place in a closed ecosystem frozen by tragedy too early. At least until the arrival of Kevin, who, at eighteen is just two years Noah’s senior.

Though he’s never really defined himself before, Noah is obviously attracted to Kevin as soon as they’re introduced. And despite his increasing curiosity and the resulting fantasies, Noah’s interest in him doesn’t take on a tangible form until his eighteenth birthday. The rest of the relationship, save for the ending, is sweet and predictably awkward, and is best experienced in the reading. Noah allows hope to build alongside his more pragmatic observations with a wistful acceptance that evolves into a fateful denial—leaving me briefly infuriated when I had to accept things as they were, too.

The narrator of Montana was a big reason why I wanted to review this audiobook. I’ve long held a fondness for Mr. Boudreaux’s narrations, and his performance here was just as enjoyable as I’d anticipated. With a subtle twang and strains of obvious uncertainty and wonder, Mr. Boudreaux’s interpretation makes Noah seem as enchanting as the narrative suggests. Even more impressive to me was the perceptible shift in Noah’s voice as heartache changes him—the harsh edges of bitterness forced smooth by his enduring gratitude.

Ultimately, Montana is about Noah growing up—and getting hurt along the journey. It’s about the way one person can end up rupturing the walls of an existence and reshaping it, giving it new perspective and room to grow, then leaving an empty space that won’t bear any substitutions. Sometimes the stars don’t align and things just aren’t meant to be. More importantly, I think it’s a good reminder that broken hearts can heal, and that not all scars have to be memorials to regret. Lastly, I was very pleased to see that there’s a second story available in the Montana series, and I’m going to keep my fingers crossed that Noah might get a happier ending the next time around.

Life on a Montana ranch can be harsh. And lonely for Noah, growing up with just his brother. When Noah’s brother Clay hires Kevin, a ranch hand from out of state, things immediately begin to change.

Noah knows Kevin’s straight. But that doesn’t stop how Noah feels—the craving to touch and feel someone’s skin against his for the first time. Can Noah get Kevin to fall in love with him, and convince the cheerful cowboy that Montana’s not just a stopover in life, but a place to stay?