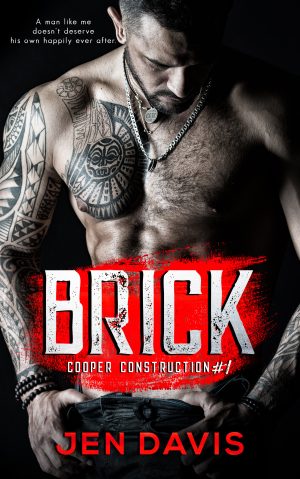 Liv shivered against the chill seeping into her bones as she surveyed the packed interior of the plane. About two dozen people lined the edges, their gear strapped on, ready as they’d ever be to jump into the great beyond.

The guy across from her, a ginger, probably in his thirties, gripped his crossed arms so tightly, he had to be hurting himself. She wasn’t sure if seeing her own fear reflected in another person’s face made things better or worse. The guy’s Adam’s apple bobbed as he swallowed, and the decidedly undignified squeak he made answered her question.

It was worse. Definitely worse.

Unsticking her dry tongue from the roof of her mouth, she forced a deep breath and pushed her gaze away from Mr. Squeaky. The expression on the forty-something African-American woman beside him told a very different story. Her brown eyes gleamed with anticipation, but otherwise, her face looked as serene as a summer’s day. Then she winked.

“You look like you’re about to puke, kiddo.” Carol nudged her with her foot. “You’ve got to stop thinking so hard. You’re borrowing trouble. Live in the moment.”

Sage advice from a woman who knew better than most how to live for the now. Carol was her best friend, her rock. And the reason she stood ten thousand feet off the ground, strapped to a stranger, and putting her life in his hands. Liv only knew two things about her jump-partner: his name was Louie, and he said he’d been jumping out of planes almost every day for the past eight years. Either Louie was completely certifiable or proof skydiving wasn’t as suicidal as her hindbrain insisted.

Or maybe it was a bit of both.

Louie’s barrel chest rumbled behind her with a whoop she felt more than heard as the door opened. He’d warned her before they took off how loud it would be, but the words couldn’t have prepared her. The wind roared like the gates of hell had opened wide.

Carol could do anything.

She’d survived breast cancer, not once, but twice. Her wisdom, her laughter, and her generosity of spirit kept Liv sane through her own battle with the Big-C. Through every chemo session. Through every moment of pain, of nausea, or despair, Carol was there, showing her, it wasn’t enough just to survive. They both deserved to live.

This jump celebrated their victory. The golden ticket. Remission.

No more days and nights kneeling in front of the toilet, heaving, even when she had nothing left to throw up. No more losing the thick blonde hair that reminded her of her mom. And no more weakness.

Liv was strong now, or at least getting there, and she was done playing it safe. What good had it ever done her? Every choice she’d ever made for her life, she’d based on what she thought she was supposed to do, and when the possibility of death came calling, she had virtually nothing to show for it. Her boyfriend dumped her, she had no friends to turn to, and she’d never really done anything.

If she wanted a different kind of future, she had to leave the mistakes of her past behind. So what if she didn’t know how? Fear had no place in this new reality. And if she couldn’t trust herself to make the kind of choices to change her life, at least now she had a friend who could push her in the right direction.

Carol’s face flashed before her eyes as Louie prodded her toward the open door.

Live for the moment.

The sky in front of her beckoned clear and blue and stretched out into forever.

She took a deep breath, stepped out of the plane, and flew.

I’m used to getting my hands dirty. During the day it’s mud and grime on the construction site. At night…it’s the blood I spill. A drug lord’s enforcer does what needs to be done. It’s my obedience, my loyalty to the boss that keeps my family alive.

I know I’m teetering on the edge. I’m losing my humanity, I can feel it. It’s changing me, and it’s only a matter of time before the darkness takes over.

Then I meet her. Liv. The only person who sees past my busted knuckles and brutal exterior. She sees…me. But being with me will get her killed. The only way I can keep her safe is by staying away. Until her own actions catapult her into the center of my world—a world which will swallow her whole.

Now I’m forced to be the ruthless bastard I’ve been for so long. Only this time it’s not to destroy…but to defend.

Add it to your Goodreads shelf now and pre-order on Amazon!