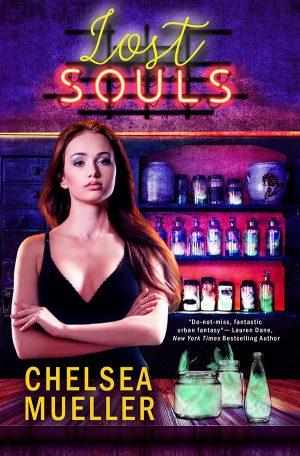 The vinyl booth seat in Dott’s diner didn’t warm beneath Callie. Sleet streaked past the window in shimmering chunks. It was cold and slushy outside, but even in her favorite restaurant Callie couldn’t get warm. It wasn’t her magic. She’d had surges of icy chills as they’d passed other booths, other people. No one was within a dozen feet of her now. If she focused, she could sense the draw of the ragged edges of the souls inside former clients. She closed her eyes for a moment, and willed her mind to ignore them.

The more she learned about how this magic worked, the more it called her. The more it needed. She’d thought the apprentice gig would earn her control over the power raging beneath her skin. Now it was hers and she didn’t want to let it go. Maybe that was sleep deprivation talking.

Callie scowled at the storm outside. Derek cleared his throat. Those grey eyes were watching her, seeing her, knowing too much.

“Sorry,” she muttered. She meant it, but also too many problems were vying for attention in her mind that she couldn’t promise not to drift again.

His short, low grunt was his acceptance of her apology. She almost smiled. At least she could count on him to get her.

Before she could even tense a muscle to move out of the booth, he said, “We do, but you need to eat first.”

He glared at her. His hair was the longest she’d seen it, and had started to curl at the ends.

“Fine. I’ll have something.” A solid drink would be good.

“I’ll get soup.” It was about all she could keep down. Worry had her gut churning, and much more than liquid was going to get evicted.

The sharp creases at the corners of his eyes smoothed, though the dark marks below them lingered. She wasn’t the only one foregoing sleep.

“Do you want to tell me what you saw in that hallway?” The question sounded like it was asked for her benefit. Maybe it was. Maybe he wanted her to unburden. She’d had too many demands this week to take it as such, though.

“Do you want to tell me why you didn’t tell me the cops were looking for you?”

He pulled away for a moment, but eased back toward her just as quickly.

Callie cupped her hand over her mouth until she’d locked down her frustration, and then she spoke. “I’m being the asshole again. Sorry. I need to get her back, Derek.”

“I know,” the words were soft brush against her cheek.

Get out of Hell free card? Not for Callie Delgado, Gem City’s newest soul charmer. Sin and salvation collide in this gritty and action-packed urban fantasy.

Callie’s magic is finally her own. She and Derek dispatched Ford. They should have been able to breathe, but layers of sin run deep beneath Gem City. Another mob boss quickly rises, and his sights are firmly set on Callie–and her family.

Mobile soul rental shops begin to bite at the Soul Charmer’s business. His retribution is wicked, but the blowback threatens to crush Callie. If she can’t maintain the tenuous balance of souls in Gem City, more lives will be lost.

Only the more magic she uses, the more danger finds her. A break-in, pools of blood, and bare shelves at the Soul Charmer’s store force Callie to choose the fates of others.

But which can she live with? Losing her city, her love, her family …or her very soul? 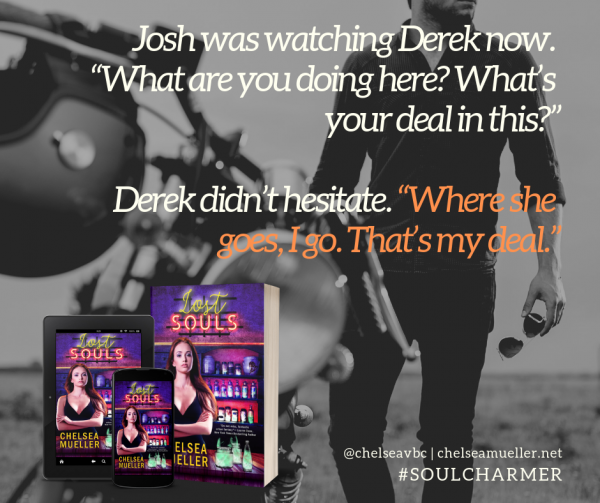