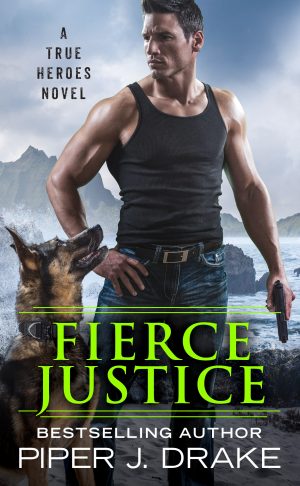 “This is…not exactly who we are looking for.” Arin Siri paused, cautiously approaching her German Shepherd Dog’s find.

King currently sat to one side, happily chewing on a tennis ball as his reward for the find. The unconscious man at her feet definitely had to have something to do with the people they were looking for—for one boy in particular—because her canine partner wouldn’t have signaled a find unless he smelled the target scent. But no one else was in sight and there was no immediate reason she could discern for why this man was here. He was too well-fed to be a worker on the farm they were searching, and he wasn’t dressed like a supervisor either. There were too many questions, and this man was not awake to answer them.

She took a few steps, cautiously circling to get a good look. He might need medical attention and she firmly believed it was worth the effort to save a life. There’d been plenty of times in her past career when she’d had to argue her stance with others on her team. Those were times best left to fade the hell out of her memory.

She studied the unconscious man, trying to make as quick an assessment as possible while keeping an eye out for nasty surprises. There was no sign of grenades or other party favors.

The man lay belly down, unmoving. His face was turned away. She couldn’t see if he was breathing so she crouched close, her weapon ready in case he moved suddenly. With her left fingertips, she touched his neck for a pulse.

Lucky man; he was still among the living.

There were no bullet holes or obvious injuries on his back or limbs. To be honest, whoever he was, he was in excellent physical condition. He had very nice musculature showing even in his relaxed, unconscious, state. There was something vaguely familiar about him.

He was dressed in a thin T-shirt and the kind of lightweight pants hikers wore to protect their legs in dense brush and heat. He blended into the greenery and thick foliage along the edge of the nearby taro farm, so he was lucky she and King were on search in the area. Depending on what the hell was wrong with him, he could’ve lain here undiscovered until he really did die.

Speaking of which, she pulled out her smartphone and checked for a signal. Amazingly, she had just enough to send a text message requesting medical evacuation. She’d follow up with the satellite phone once she had more information.

She rose and made her way around to his other side, hoping to get a look at his face. Until she knew what injuries he had, she wasn’t about to flip him over.

King remained where he was, a few feet away, jaw dropped in a canine grin as he panted, tennis ball sitting between his paws. It wasn’t as hot as it could be. Hawaii’s Big Island was cooler in the valley at this time of day, but the humidity made the air thick and heavy. The big GSD was well acclimated to tropical climates at this point, but he still had to dissipate body heat however he could. That meant panting.

For her part, Arin was sweating. Everywhere. Her protective vest trapped sweat against her torso, even with the help of the light moisture-wicking shirt she wore underneath it. The heat and discomfort could be blamed for her irritability. Or maybe she needed a good cup of coffee to start her morning instead of the bitter muck they’d passed out earlier before deploying search teams for this mission.

There were two other search teams besides her and King, on a mission to find where victims of human trafficking were being housed and forced to work on this taro farm against their will. Once the search teams had the workers safely located and protected, they could take down the farm itself. At the same time, Arin had made a promise to look for a specific boy named Huy. There was a lot to accomplish and the longer she took here, the more worried she was about achieving the best possible outcome.

From her new position on the man’s other side, she studied his face and decided no amount of air-conditioning or coffee was going to improve her mood. She’d met him before, a little over six months ago.

She didn’t know his name, but she’d been curious about him ever since they’d faced off back on the island of Oahu. It’d been a different mission, different plantation, but the same human trafficking ring behind it all. He and his team had been privately contracted security on the perimeter, not aware of exactly what they were providing security for. He and she had come to an…understanding of sorts, and gone their separate ways.

His eyes, closed now, were burned into her memory. They’d been so dark a brown, they were almost black, and the intensity in his gaze had left her breathless. He’d also been aiming a gun at her, with purpose. She’d had her rifle pointed at him in kind, so it’d been a fair situation, however tense.

She extended her left hand cautiously, sliding her fingertips into his dark hair. It was slightly longer on top, cut neatly short on the sides, and…soft. Almost silky. She pushed aside that tactile observation and continued to explore with her fingertips until she encountered the answer to his current state of unconsciousness. The man had a bump the size of a goose egg on the back of his head.

He probably wasn’t going to die, but he needed to be checked for a concussion. It was a nasty bump.

She pulled several zip ties from a cargo pocket on her pants. After binding him at the wrists and ankles, she stepped back a prudent distance. Her initial meeting with him had been decidedly confrontational. There may have been a tiny bit of violence involved. They’d both walked away from the encounter, but only by mutual accord. It wasn’t clear which one of them would’ve survived otherwise.

As a K9 handler on the Search and Protect team, Arin Siri needs to be where the action is–and right now that’s investigating a trafficking operation in Hawaii. When an enemy from her past shows up bleeding, she’s torn between the desire to patch Jason up or put more holes in him. Then again, the hotshot mercenary could be the person she needs to bust open her case.

Jason Landon’s team had always been about taking the contract, getting paid, and not asking questions. But after his last mission went south, he started to get curious. His questions quickly drove him out of his mercenary group and off the grid. Now, the only people he can think of to help him are the Search and Protect team — and the dark beauty who is as ready to kill him as she is to bed him. And he’s totally ready to risk the former for the chance at the latter. But he isn’t the only person with a target on his back. Arin’s in danger too, and he’ll do everything he can to keep her safe.

Piper J. Drake is a bestselling author of romantic suspense and edgy contemporary romance, a frequent flyer, and day job road warrior. Wherever she goes, she enjoys tasting the world and embarking on foodie adventures. Dogs—and horses—have been known to spontaneously join her for a stroll and she enjoys pausing for a nice chat with cats of all sizes, from domestic to tiger size and beyond.

Piper aspires to give her readers stories with a taste of the hard challenges in life, a breath of laughter, a broad range of strengths and weaknesses, the sweet taste of kisses, and the heat of excitement across multiple genres including science fiction and fantasy.

Play Find the Piper around the Internet for insight into her frequent travels and inspirations for her stories.