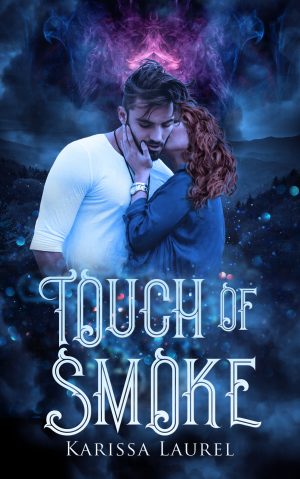 Owen huffed and shook his head but fished in his pocket until he found a small key ring. He selected an old brass one that he jiggled into the bolt lock over the warehouse’s rusty door handle. “Would have told you to put on jeans and boots if I’d known you wanted to go inside.”

Glancing at my shredded jean shorts and low-cut Chuck Taylors, I thanked Jesus I’d recently boosted my tetanus shot. “Not asking for a grand tour. Show me what you can from the threshold.”

Owen shook his head again, but he shoved his shoulder against the heavy door. It squealed as it gave way, swinging open on rusted hinges. I pushed past him, stepping farther into the room, but stopped at the edge of the small illuminated square thrown by Dolly’s headlights. “Just give me the general idea.”

His boot steps echoed in the open space as he moved behind me. Taking my shoulders, he shifted me until I faced the warehouse’s rear, where the light failed to reach. “The back wall there”—he pointed, leaning over my shoulder—“will be where we’ll line up the distilling tanks.” He wrapped an arm around my waist and spun us around like partners in a slow dance. A warm thrill raced through me as his lips brushed my ear. “And over there will be the café.”

My pulse throbbed in my ears, my chest, my lips. It wouldn’t be enough, these limited touches, these coy games, this not-so-subtle flirtation. With Owen, my options were sink or swim, and no matter how much reason and logic urged me to do otherwise, I was sinking, utterly drowning in him. I stumbled back and fought for a breath to clear my head, but my heel connected with an obstacle hidden in the shadows. I lost my footing and squeaked a feeble protest as gravity waged war against my balance.

The moment I was certain I would hit the floor and smash my tailbone, Owen grabbed my arm and yanked. Still off balance but with the added element of momentum, I plowed into him, tackling him to the floor.

Or that was what should have happened.

Instead, the world jumped up and swirled around me in a blur of blue sparks and shadows, air roaring in my ears like a tornado. I blinked, and the impression of someone—or something—huge, dark, and beastly burned behind my eyelids. When the dizzy moment passed, I found myself back on my feet, upright, and firmly wrapped in Owen’s arms. His heat blazed against me, filling my head with his smoky scent until I felt drunk and woozy.

“What…?” I shook my head and cleared my throat, but the intoxicating sensation remained. “What just happened?”

“You stumbled. I caught you.”

“No.” I squirmed, and he dropped his arms, releasing me. A thousand minuscule candles seemed to flicker in his eyes, giving them an otherworldly aura. I inched back, my steps wobbly. “We were falling. We should have hit the floor.”

His lips twitched. “I’m quick on my feet, Rikki. Give me some credit.”

Squinting, I studied him, his wide stance and the set of his jaw, full of self-confidence. He rolled his broad shoulders and grinned, obviously enjoying my scrutiny. Again, his presence seemed larger than the mere height and width of his physical body. Like a cowl and cape, dense shadows draped over him, and they seemed tangible enough to touch. When I reached out to stroke them, Owen drew back.

With no better explanation than to assume an overdose of adrenaline and desire had colored my perception, I dismissed my concerns and shrugged, heading for the door. “You’re not quick on your feet. You’re The Flash on steroids.”

His laughter followed me into the parking lot, but it was callous and more than a little cold.

The drive to my house was quiet, the atmosphere between us thick. If humans had animal instincts, then the wild creature inside me was insisting the man sitting in the passenger seat was more predator than appearance suggested. Something about Owen had changed. He was a tiger, I was his mouse, and I should run before he swallowed me whole. When I caught him staring at me, the dark look on his face implied he might do that very thing, given the chance.

Three years ago, Rikki Albemarle watched her best friend die at the hands of a supernatural evil. Certain she was slated to be the next victim, Rikki fled her small Smoky Mountain hometown, vowing to never come back. Plagued by nightmares and knowing she’s the only one who believes Mina’s death was no accident, Rikki returns with hopes of finding answers and holding the killer accountable.

Rikki is convinced the key to unlocking the secret of Mina’s death lies with Owen Amir, the alluring young army vet who once claimed her heart. But the deeper Rikki digs into Owen’s past, the more she’s torn between the urgings of her heart and her memories of him on the night Mina died.

After falling further into the rabbit hole, Rikki lands at the feet of an ancient and powerful evil determined to finish what it started years before. To survive, she’ll have to make a decision: believe Owen is the monster she always feared he might be or trust him enough to stay and fight for a second chance at love.