Thank you for joining me on my blog tour for Ties That Bind, the story of three men searching for a way to keep one of them alive. Now out at all major retailers!

In every book, the author leaves a piece of themselves behind, whether it’s in their opinions, thoughts, personal struggles, or dreams and hopes. In Ties That Bind, I’m sure there are many parts of myself, some of which I’m not even aware of, but one that shows up in this one and many of my works is the ability to transform.

If I could have a super power, it would be that. In Ties That Bind, the character of Tomlin (affectionately called Tom by Mathias), doesn’t have to wish that he can transform, because he’s a familiar, and part of that is being able to transform into different animals. In this case, he can become a house cat (in true familiar tradition) and a fox (probably the second most common symbol in my stories). 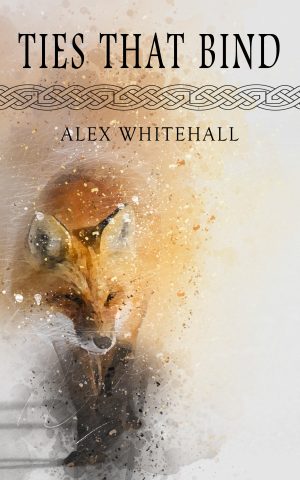 For Tom, being able to shift caused him trouble when he was growing up, but it’s quite useful as adult when he and his lovers need to find something and he has his keen fox senses to rely on. It also makes cuddling on the couch a lot easier! I won’t deny I’m horribly jealous of him.

But it’s not all fun and games; being a familiar might mean you gain the ability to shift, but it also means being a conduit of magical energy for your magic user. And as Tom finds out, when your magic user is sick, it might mean having to make a sacrifice.

For Chel, Tomlin, and Mathias, life is simple but good. They share a home and a love, and despite a few conflicts of personality, are happy. Mathias runs a magic shop, where he makes magic items and potions for his customers, and Tom is his familiar, helping supply his magic. Chel, who’s not magical, works at a bookshop and makes sure dinner is on the table for his lovers.

When Mathias suddenly comes down with a mysterious illness, Chel and Tomlin seek out answers. As Mathias’s familiar, Tomlin can sense that nothing is wrong with the magical parts of him, but when a trip to the doctor’s indicates nothing is wrong with him physically either, they start to worry.

Then Mathias collapses, and the search to find the truth becomes urgent. 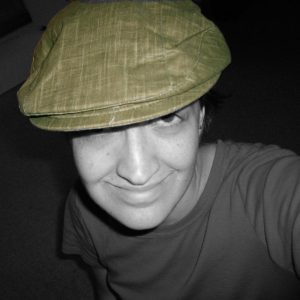 Comment with your email address below to be entered in the giveaway! The winner will be able to choose between an ebook copy of Hard Truths or an Audible download of Magic Runs Deep! Selection will be made Sunday, April 28 at 7pm. The winner will be contacted by Alex.

Be sure to check out the other stops on the tour for more chances to win: