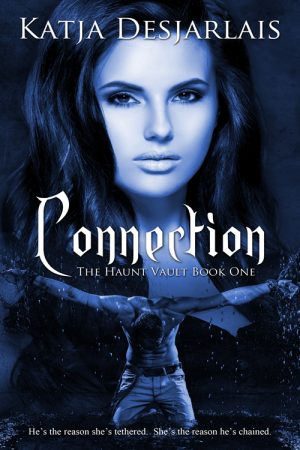 Dominic crossed his arms and continued his stare-off with Mickey, unwilling to give on his simple request.

“Sorry, man,” Mick stated, straightening up to his full height.  “Kaius’s orders.  Where you go, I go.  He and I are both getting some heavy vibes off you, and until we know you can deal with them, the best I’ll offer for tomorrow is hanging back and shutting up.  And no closed doors.  I want full visual at all times.”

Lolling his head back in annoyance, he grunted his agreement.  “I don’t even get why you’re still anchored to me,” he huffed, loading a boxing game into the console.  “I’m totally chill.  Totally on track.”

Mickey snatched up the blue controller and sat on the floor.  “Chill?  The only time you aren’t wound is when you’re in the training room with her.  Your control is precariously balanced right now.  If Kai can feel it from wherever the hell he is, it’s a lot more serious than you think.  And we’ve done six runs into town this week.  That’s five more than I like to do in a month.  What the hell are you doing?”

“Kicking your ass is what I’m about to do,” he retorted, changing the subject and loading the first match.

Mick’s question was legit.  He had no idea what was compelling him to clip his fangs every night and drive to the gas station on the outskirts of Denver, spending upwards of an hour selecting magazines and chocolate bars and bottles of orange soda.  His bedside table was stuffed with items he’d grabbed on a whim in case Molly mentioned them.  Beef jerky.  Gum.  Crossword books.  Anything he saw other people place on the counter to purchase, he added to his own collection.

He knew it was weird.  And knowing Mick was witnessing it didn’t help his growing concern over the compulsions that were taking root.

He’d experienced crushes in his human years.  And this was definitely not a crush.

He rose every evening with an urgency to see her and lay awake long into the early afternoons planning his excuse to do so.  He hung around in the Tender quarters after Rhys sent him away from the training rooms, making polite small talk with Dahlia or Gabby while he glanced casually towards the small door window to check on Molly.

Supplying her with those few pitiful tokens from her former life was fast becoming his favorite activity.  Every pathetic offering was met with excitement, her delighted acceptance of them temporarily quelling the strange unease building in his core.

Mickey tossed his controlled in the air, catching it right before it hit the floor.  “And that, Mini, is how you kick ass.  Take notes, brother.  Take notes and bow to the king.”

Molly craned her neck to watch Mickey standing outside the common room, his long blond hair falling into his eyes as he hunched over his phone.  “Now?”

Dominic glanced behind him and nodded, arching back slightly and lifting his shirt to tug the package of beef jerky he had hidden.  He lifted the plastic to his mouth and averted his eyes from her, as though ashamed of the fangs he was using to slice the package open.

“It’s not Mickey I’m worried about,” he whispered.  “He’s heard everything and is pretending not to for your sake.  But Rhys could probably hear a dime drop on the highway two miles away.  If he’s in this wing, we’re screwed.”

She slid the salted meat out eagerly and gnawed a piece off, chewing and chewing until she could finally swallow.  “Fangs would probably be good for this kind of thing,” she mused.  “They seem super useful.”

Dominic wrinkled his nose.  “I guess.  They come with a lot of drawbacks though.”

Tucking one leg under her, she leaned closer to Dominic.  “Could I see?”

He hesitated before her opened his mouth and drew his lips back enough for her to inspect the glossy whiteness tinged with a hint of silver.  His stillness encouraged her exploration as she reached up to touch the razor-sharp peaks.  “They’re so pretty,” she whispered, forgetting momentarily that the fangs belonged to a male, not a caged zoo animal.

Dominic leaned away from her and pushed his hair out of his eyes.  “I won’t be adding that description to my memoirs.”

“Smartass,” she grinned.  “Okay.  I’ve met Nichol and Boy.  You, and Rhys.  Who else?”  Mickey cleared his throat loudly in the hallway and she waved in his direction.  “And Mick, of course.”

Dominic flipped Mickey off and stretched his arms across the back of the sofa.  “Kaius and Jagger.”

Scanning her memory, she nodded slowly.  “Kaius is the haunt leader, right?”

He looked back at Mick and received a thumbs-up.  “When a vampire moves out and starts creating his own line, he’s considered the leader, and all his turnings take his name.  So you get Dominic Kaius, Rhys Kaius, Mikhail Kaius, et cetera.”

“So if you leave home, you’ll be the head of the Dominic haunt?”

There was an audible snort in the hall and Dom grimaced.  “Pretty much.”

She bit her lip and pulled another piece of jerky from the bag.  “Not nearly as badass sounding as the Kaius haunt.”

Mickey chuckled and Dominic rolled his eyes.  “And that’s why I’m never moving out.”

“And who’s Jagger?” she asked, getting more comfortable and taking another bite of the heavily spiced meat.

He and Mick exchanged a look and Mickey shook his head.  “Jagg’s around, but he keeps to himself a lot.  You’ll meet him eventually, but he doesn’t spend much time around the Tender quarters.  I’ll introduce you one of these nights, okay?”

Satisfied, she set the half-eaten package of jerky down.  “Is the lesson over?  Because I’m dying to watch tv.”

Vampire Dominic Kaius is a cleaner, collecting humans others leave behind and bringing them into the Kaius haunt. When a mission triggers a connection between him and the woman he’s sent to acquire, he’s torn between his unyielding desire for her and his need to stay away.

Waking in an unknown bed Molly Wagner faces two choices: death or Tender training. Opting for survival, Molly’s thrust into vampire hierarchy, where women are schooled as courtesans. She finds solace with Dominic, but when the madness of their connection consumes him, the haunt sells her to an unvetted master.

Embroiled in a battle to save his kind from extermination and driven by their connection, Dominic risks everything to save Molly before her new master destroys her body and soul. Can he balance his need to protect her and his responsibilities to his hauntmates or will they both become collateral damage in a rising war?