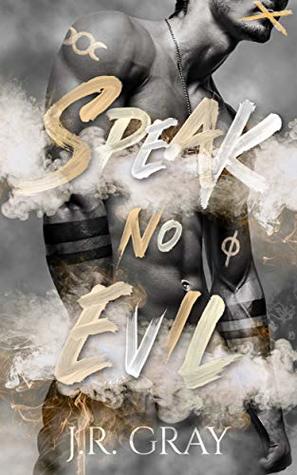 “My guns,” he said suddenly and snapped up. “We can’t leave without my guns.”

“West,” Eli started rubbing his hand over the back of his neck before going on. “If you don’t want the cops to find you, we really should get a move on. Who knows how long ago they were called?”

“I won’t leave without my guns. They deserve better than that. The cops will melt them down.”

“I have never met anyone so attached to metal.” Eli ran his fingers through Weston’s hair.

“They’re my babies. We have a bond,” his voice broke as he spoke, and he distinctly heard Eli sniggering.

“You’re like a woman with a purse fetish.” Eli glanced around the room, hoping the guns would just be lying around. “Why can’t anything be easy?”

“They’re better than purses,” Weston said in a huff. As an afterthought he added, “They also link me to something I’d go to jail for.”

“We have to do this quick.” Eli helped Weston place an arm around his shoulder to steady him.

It was kind of nice to have a military boy around. He was trained to be calm and collected when Weston was f*cked up.

“Nurses station, maybe?” He raked his nails down his arms scratching at the red bumps popping up everywhere. “I’m getting hives.” His voice sounded a little too much like a whine, but he was too high to care.

“Hives? That’s not good.” Eli’s scanned his skin. “Are you allergic to any medications they could have given you?”

“Are you daft? I’m gunless, kid. My body is reacting to the loss of metal.” He stumbled a few feeble steps towards the door, nearly face planting into the frame when Eli stopped him.

“You’re not serious, are you?”

Eli crossed his arms over his chest, and Weston’s fuzzy brain couldn’t figure out why Eli was choosing this moment to be upset. He was the one without the guns.

“I’m seriously going to lose it if I don’t get my weapons.” He hunched over, trying not to toss up the jello he’d stolen on the way to x-ray. Jello was never pleasant coming back up.

“I’m freaking out about you being hurt, and you’re more concerned about weapons than the fact that you may be having an allergic reaction to drugs?” Eli rocked from foot to foot.

He really did never stop moving… and it suddenly all made sense. In the right light, the trendy clothes, the twitchy personality, he could be in a boy band with all the fidgeting and jumping those kids did on stage. It made Weston suspicious, wondering if Eli had shown up to boot camp in skinny jeans like that Fall Out Boy nonsense he listened to. The whole image made Weston loose it to a fit of laughter, tears eating at the corners of his vision.

“Boy band. I just got it,” he wheezed through gasps of breath.

“Focus, or I’m leaving you here for the cops. Jail time be damned.”

“I am not allergic to the drugs. Oversensitive maybe, but the hives are from the lack of guns.” He took a few wobbly steps out of the room.

The halls were dimly lit since it was after midnight. The nurses were all scarce. Being third shift, they were probably napping in the break room…at least he hoped they were. Eli scrubbed a hand over his face, holding Weston’s arm as he headed towards the nurses’ station.

“Can’t you come back for the guns when you’re not under the influence?” Eli grabbed him as he stumbled again.

“What if they turn them over to the cops? You know how hard evidence lockers are to break into?”

“No, I have no idea how hard that would be.”

Weston shuffled his feet, gaping down at them. “My feet feel like squids, is that normal?”

“Are they asleep?” Eli asked.

“I don’t know. They’re all squishy and tingly. What did they give me?” He bent over to poke his feet. They were not right, and he couldn’t feel his finger squish into them.

“I wish I knew because I could use some right about now.” Eli dragged him the last few feet to the huge desk.

He hopped and flailed while trying to mess with his toes, wiggling them and then slapping his foot against the floor. Sitting on the desk, he brought his foot up to his face and examined it closer. Kinda gross if you asked him.

“Squid feet. Why are we still in the hospital?” Weston asked, remembering where they were.

“Your guns, and you are never allowed to do drugs ever again. Ever.” Eli pulled open drawers. “Help me.”

“I told you drugs and I don’t mix.” He forgot about his squid feet to help Eli.

“I don’t see them. How many did you have?” Eli held up a pair of lacy underwear. “I don’t want to know why these are in the same drawer as a stethoscope.” He shoved them back in the drawer and went for the hand sanitizer.

“You should put those on.” Weston leaned on the desk. “I’ve been told military boys love to cross-dress.”

“Remind me why I’m helping you? Or better yet, why I like you in the first place?”

Weston doesn’t believe in voodoo but that doesn’t mean it doesn’t believe in him. His life and family were steeped in the stuff and it was fine, until voodoo took everything from him, ripped his life from his grasp. And when it swallowed whole the person he loved most he had to escape.

But there were consequences. His voodoo goddess wasn’t going to let go of him so easily, and her revenge was the pinnacle of evil. He could have dealt with something like impotence or boils, but this was purely depraved. She came for him and hit him where it hurts. She might as well have taken his guns.

Weston found himself unable to lie. A hitman who can’t lie. What a joke.

When his handler throws him a bone, a job that requires no interaction only observation, Weston takes it. He should be able to do this in his sleep, but he’s off his game. He gets way too close. Nothing is as it seems, and someone else, maybe someone worse than him, is stalking his mark. But he can’t leave the kid high and dry. Not when Eli is all he can think about.