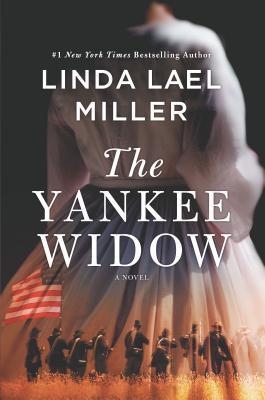 In my experience most historical fiction is a lot of fiction and a little history thrown in for background, color or general information; such is not the case in The Yankee Widow by Linda Lael Miller. Ms. Miller is a self proclaimed Civil War Buff, and it shows in this novel. I am certain I learned more about the battle of Gettysburg in its four hundred plus pages then I did in any history class I’ve ever taken; which would be awesome if I had been looking to read a history book. But I was looking to read a historical fiction novel.

The premise of the novel, a Yankee widow falls in love with a southern gentleman while caring for him after being injured at the battle of Gettysburg, was super interesting. I was very excited to read it, but the execution fell flat for me. The writing was very descriptive, and every aspect of the scenery and war was covered, down to the acidity of the blood and gunpowder as they came together in an open wound. But I felt like it overshadowed the actual story, once I figured out whose story I was reading. There are a large number of characters in The Yankee Widow, all of them well portrayed and COMPLETELY introduced in the first eight chapters. We learn their ENTIRE background, not only from their perspective, but that of those they know in a very short period of time. Think Charles Dickens or Leo Tolstoy. I found it overwhelming, and it left very little to discover as the novel continued, which was highly disappointing. I wanted to be more invested in the characters and less invested in the war. I felt like the war should have been the backdrop rather then a character in its own right. Additionally, the two love interests went by two names, and the entire situation was confusing and exhausting.

If you want to understand the struggle of both sides during the Civil War, pick up this novel. If you want a solid history lesson on the battle of Gettysburg, pick up this novel. Finally, if you love language and a well described setting, pick up this novel. But if you are looking for a relaxing poolside read for the summer, I would suggest looking elsewhere; this book is a heavy-hitter and not a mindless afternoon read. Don’t get me wrong, like I said, Ms. Miller paints a stunning picture and clearly knows her history, I just hope her next novel has more fiction and less history.

A richly drawn, multigenerational saga writ large against the complexities and heartbreak among families of both sides as men take up the war to preserve the nation or defend their way of life. Told in a smart, assured and compelling voice, the novel is the story of Caroline, the young wife of Jacob, who together live on a farm raising their daughter Rachel just outside of Gettysburg. When Jacob joins the Northern army to do his duty and help save the Union, no one anticipates he will not return. Caroline gets news that he is wounded and has been taken to Washington DC with his regiment, and so she must find her way there and navigate the thousands of wounded to find him. Thus begin this saga that focuses on the strong women and men of both sides and both races who sacrificed so much and loved so well during this critical juncture in American history.