July on the U.S. Gulf Coast means we’re entering the for-serious-now hurricane season. The worst storms usually roar in by September, but we can start seeing top-of-the-alphabet named nasties as early as June. Awful as hurricanes are, they are kind of baked into the psyche of folks who live in perilous zones. A friend who lives in Florida describes the whole season as a “pop-tarts and peanut butter opportunity,” because of the frequent and extended power outages that follow these storms.

Even with our regional storm sangfroid, though, Hurricane Harvey in 2017 caused me a bit of worry. I was living in Austin, about four hours from the coast, but my mom and all our extended family was still down in Houston. We were watching the barometric pressure and thinking for sure Harvey would make landfall west of Houston. And it did. We got a fair bit of wind and rain even 160 miles inland from Rockport, which took the brunt of Harvey’s fury.

The wide-spread and serious flooding afterward was something unexpected and nerve-wracking. Several family members saw their homes rendered unlivable.

When I was a little girl in Houston, I weathered Hurricane Alicia inside the bathroom with a mattress up against the only window, much as my character Garrett describes his childhood experience in my book, More Than Stardust. I guess this book is something of a catharsis for that little girl, all grown up now. In the story, my futuristic, high-tech characters achieve a measure of weather control and are able to create and deconstruct hurricanes. I kind of wish we had that ability right now, heading into the 2019 hurricane season.

In this excerpt from More Than Stardust, Chloe, the nanorobotic artificial-intelligence heroine, is flying with her crew, including Garrett, into the eye of a hurricane, with the plan to remove some foglets – nanite-sized machines – that evil weather-controlling villains have used to create this particular storm. The plan does not go well.

It wasn’t easy for Garrett to hold the plane steady here in the eye of a hurricane. They had come in high and then loosed the dropsonde with Chloe in it, and Vera had put herself into a long, slow spiral, sometimes losing altitude and sometimes kicking them back upward. It felt like the craziest flight path in the history of aviation, and it probably was, but that’s kind of what you got when you let a plane fly itself.

Garrett watched the gauges but not with any alarm. He was trying to rest his brain a few minutes before they had to fly back out the other side. They didn’t have the fuel to follow the eye all the way inland as the storm broke up. They’d need to go out the way they came in: a series of right-ward leans through gut-churning turbulence.

He was really glad he hadn’t eaten anything up on the Chiba Station. Because if he had, it would be all over this instrument panel now.

“What’s her altitude?” he asked, because data comforted him. Chloe was mostly data, after all. Maybe part of him thought that if he had enough information he could just summon her back to safety by fiat. As he understood it, her core consciousness had to be hooked into a bigger system, for power, so surely she was still here on the plane.

But she hadn’t said anything to him since she jumped. And he worried.

“Below ten thousand,” Dan-Dan said, “and amassing foglets by the trillion. It is … oh dear.”

He didn’t have time to finish the syllable before the plane lurched. The pressure gauge went haywire, alert warnings blared, and Garrett looked out the window.

At the eyewall disintegrating. 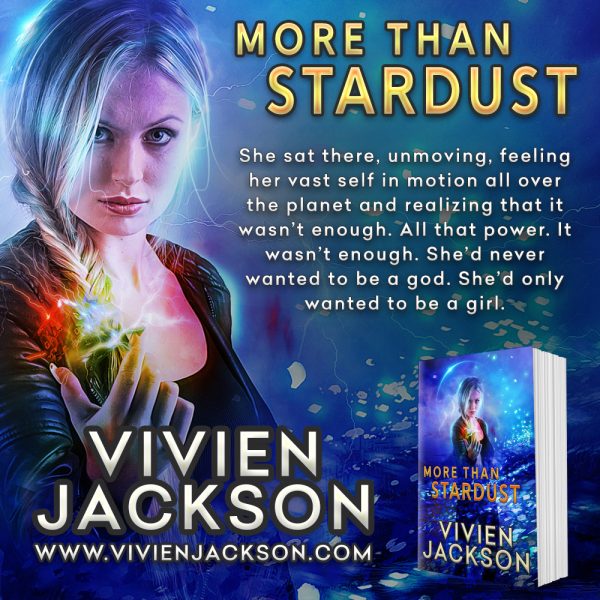 And then the plane was climbing, struggling, her engines screaming. Garrett gripped the control stick, but Vera was in charge here.

She didn’t expend resources on forming words in reply, but her machine voice keened, soaring notes of desperation and terror.

“You’ve done this more than a hundred times, girl. You can make it.”

Chloe, Chloe, down in the dropsonde, oh God, stop falling please and come back. Come back to me.

“Not. Like. This,” Vera said, but each word tore from the speakers, mutilated by static. The plane shuddered and dropped and surged and plunged.

Garrett no longer knew which way was up. Everything was dark. Air was moving so fast past his face that he couldn’t. Catch. Breath. What altitude? If the cockpit lost pressure…

An oxygen mask snaked down from the ceiling, and he grabbed it, shoved it over his face with his one free hand. Wasn’t like he could breathe well or anything, could hardly even hold his arm up enough to press the mask on. Forces slung him one way and then another and then in all directions at once, and he was certain he was falling and maybe dying but God where is Chloe and dark and breathe and not yet air suck not yet…

Vera hit something. Hard. Enough to rattle every seam and surface on the plane. Impact twanged through Garrett’s bones, blew waves into his blood, sharp, spiky ripples on a cellular level, and every part of him screamed in pain. His body rallied to correct for all the insults being done to it, but it had never sustained impact like this before.

He heard more than felt teeth breaking when his jaws slammed together, and he smelled blood inside his mask.

But wait, smell required breath and that meant…

The sudden stillness was scariest of all. Why wasn’t he flying? Or falling? All motion in the universe had paused and focused on this single point of complete peace. But not the peace of the hurricane’s eye, not the green-smelling peace of expectation.

This was the peace of endings.

Outside the cockpit window, rain fell. Slow, lazy rain, like on a picture window.

Inside, Vera sighed. It took him a full moment to realize that the quiet wasn’t just because air pressure had popped his ears. The engines were off.

And he wasn’t falling.

How? How was any of this possible?

“Be still. Dan-Dan’s coming to help.” Chloe’s voice, from far, far away.

Garrett blinked, but the world looked viscera pink and smeared with rain.

Chloe, a self-aware, highly illegal nanorobotic artificial intelligence knows a thing or two about wanting. The growing Machine Rebellion wants her to become its god. The technocratic global Consortium wants to cage her, take her apart, and reverse-engineer her. Her family wants to keep her a secret. Her best friend Garrett wants her safe. Chloe is a thing made of wants.

And it’s time the world knew hers.

Vivien Jackson writes fantastical, futuristic kissing books. Her debut science fiction romance, Wanted and Wired, was selected as an Amazon Best Book of the Year and a Romance Writers of America RITA Finalist. A devoted fangirl and inveterate gamer, Viv lives in Austin, Texas, and watches a lot of football. Find out more at http://www.vivienjackson.com