All Souls Near & Nigh 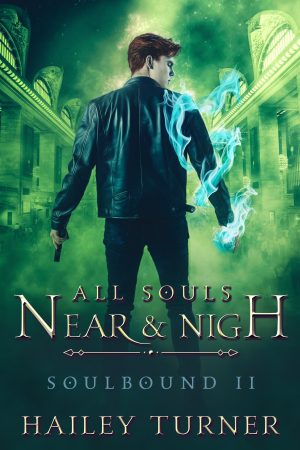 Casale looked like he wanted to argue, but the SOA had the case, and no one in the PCB was a mage. Patrick was the best person to keep Wade contained and safe.

He couldn’t do anything about the teenager’s thieving ways though. Hoarding was ingrained down to a dragon’s soul after all.

“Whoever’s badge you have in your pocket, I’d like it back now,” Patrick said once Wade had stepped out of Interview Room 1.

Wade blinked, giving him a wide-eyed, innocent look Patrick didn’t believe for a second. “What badge?”

Patrick held out his hand. “I’m too tired to play games. Badge. Now. And anything else you have in your pockets.”

Wade side-eyed Casale and the immortals before reluctantly pulling out two RN hospital IDs, a detective’s badge, and someone’s watch.

Casale frowned at the hoard a scowling Wade set into Patrick’s hands. “What the hell?”

Patrick passed the items over. “Can you see that these get back to their rightful owners? Let’s skip the pressing-charges part.”

“You know, his file said petty theft, but this is ridiculous.”

Patrick gestured for Wade to walk ahead of him so he could try to keep an eye on the teen’s hands as they walked through the bull pen. “See you tomorrow.”

No one tried to stop them on their way out, though both Jono and Wade earned themselves a couple of curious looks. Patrick was sure everyone at the PCB had seen stranger things walking through the corridors, so the three ignored the glances as they left the building.

“Don’t even think about making a run for it,” Patrick warned Wade. “You try, and I’m sending Jono after you.”

Wade honestly looked too tired to get very far, but Patrick knew looks could be deceiving. Patrick and Jono flanked the teen on the walk back to the car, both of them remaining on high alert.

Jono hustled Wade into the back seat once they reached the Mustang. For once, they had no gift waiting for them in the car. Patrick didn’t know if that was because of the situation tonight or the fact the car was parked in the warded parking garage at the PCB.

Patrick tossed the keys to Jono. “You drive. I have to make a phone call.”

Jono nodded and got behind the wheel. Patrick let Jono worry about getting them home while he worried about how to get in touch with his former commanding officer, three-star Army General Noah Reed. General Reed still oversaw the US Department of the Preternatural, the military branch the Mage Corps was attached to, and was based out of the Pentagon.

It had been three years since Patrick put on his uniform for the last time as an active-duty combat mage, but Reed had always insisted he would be available if Patrick ever needed him. The general had worked hard to shield Patrick in the aftermath of the Thirty-Day War, and Patrick had long held suspicions that Reed knew he was indebted to the gods.

Dragons, Patrick had learned while serving in the Mage Corps, hoarded information like no one else.

You can’t bargain with death if you’ve already sold your soul.

Special Agent Patrick Collins has been reassigned by the Supernatural Operations Agency to New York City. Learning to navigate his new relationship with Jonothon de Vere, the werewolf he’s now soulbound to, is nothing compared to dealing with territorial disputes between the vampires and werecreatures who call the five boroughs home. But the delicate treaties that have kept the preternatural world in check are fraying at the edges, and the fallout is spilling into the mundane world.

Manhattan’s club scene is overrun with the vampire drug known as shine and the subways have become a dumping ground for bodies. When the dead are revealed as missing werecreatures, Patrick and Jono find themselves entangled in pack politics twisted by vampire machinations.

Learning to trust each other comes with problems for both of them, and the gods with a stake in Patrick’s soul debt aren’t finished with him yet. Bound by promises they can’t break, Patrick and Jono must find a way to survive a threat that takes no prisoners and is stalking them relentlessly through the city streets.

Old and new betrayals are coming home to roost but the truth—buried in blood—is more poisonous than the lies being spun. Trying to outrun death is a nightmare—one Patrick may never wake up from. 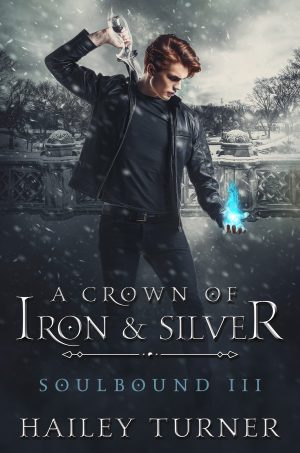 Never promise a life that isn’t yours to give.

New York City is decked out for the holidays, and Special Agent Patrick Collins is looking forward to a reunion with his old team when he gets assigned a new case. A human child is missing, and the changeling left in her place causes a prominent witch family to demand justice from the fae.

Meanwhile, continued harassment from the New York City god pack forces Jonothon de Vere to formally establish his own with Patrick. Doing so will mean a civil war within the werecreature community—a war they risk losing from the start without alliances. Making bargains with the fae is never wise, but Patrick and Jono have nothing to lose when a fae lord comes asking for their help.

The Summer Lady has been kidnapped from the Seelie Court, and if they can find her, Patrick and Jono will cement an alliance with the fae. But the clues to her disappearance are found in Tír na nÓg, and the Otherworld has never been kind to mortals.

Venturing past the veil, Patrick and Jono risk losing territory, time, and their very lives while searching for answers. Because the Queen of Air and Darkness knows they are coming—and the ruler of the Unseelie Court has an offer for them they can’t possibly refuse.

Hailey Turner is big city girl who spoils her cats rotten and has a demanding day job that she loves, but not as much as she loves writing. She’s been writing since she was a young child and enjoys reading almost as much as creating a new story. Hailey loves stories with lots of action, gritty relationships, and an eventual HEA that satisfies the heart.

Newsletter:  You can keep up with Hailey’s future projects by joining her newsletter, where you can instantly download two free Metahuman Files short stories and the Soulbound short story Down A Twisted Path:  http://eepurl.com/cAEejL