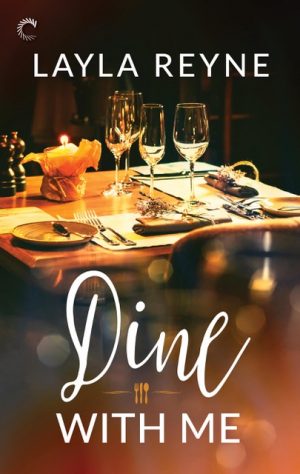 Miller stood by the upstairs balcony rail, nursing his bottle of Gravity Stout and taking in the packed pub. There wasn’t much to distinguish this Eli O’s Christmas party from the last one. The bar had a few hundred more carvings in it, the dartboards a few thousand more pinpricks, and there were more gray hairs on guests’ heads and less hairs on Eli’s, but all in all, it was the same homey Irish pub and the same loud, rowdy party Miller had started twenty years ago and attended every year since.

And yet everything about it this year felt different.

As hard as he tried to smile and be the circus ringleader everyone expected, Miller stood apart from it, watching from the outside, even as he’d physically stood right in the middle of the crowd. He was the one who’d put himself on the perimeter, mentally and emotionally, after the hard sell Sloan and Greg had lobbed at him. It was getting harder to stick to his decision, but as much as his friends thought—or more accurately, hoped—it would all turn out okay, promised that they wouldn’t leave his side through treatment and recovery, Miller couldn’t ask them to do that. He couldn’t ask Sloan to give up the precious time she would otherwise devote to the cannoli, to Tyler, to becoming an equity partner at the firm. He couldn’t ask Greg to give up time at Dram or to look at him without pity when Miller couldn’t taste anything or had to eat through a tube. He couldn’t ask his family to worry about him, not when his parents were ready to retire comfortably and not when each of his sisters had successful jobs and kids to raise. His family was finally—finally—in a good place, and he would not bring them down. And he couldn’t ask Clancy to take a chance on a guy he’d only known a week.

Wasn’t that just the kicker? His parachute, in the form of a sexy, green-eyed doctor, had arrived after he was already speeding too fast toward the water.

“Thank you for bringing me here.”

Speaking of the mixed blessing.

Miller Sykes’s meteoric rise to award-winning chef is the stuff of culinary dreams, but it’s all crashing down around him. He’s been given a diagnosis that could cost him something even more precious than his life: his sense of taste. Rather than risk the very thing that defines him, Miller embarks on a last tour of his favorite meals while he still can.

But there’s a catch: he needs a financial backer to make it happen, and he doesn’t want anyone to know he’s sick.

Dr. Clancy Rhodes has two weeks to come to terms with putting aside oncology to work at his father’s thriving plastic surgery practice. When the opportunity to travel with a Michelin-starred chef presents itself, the foodie in him can’t believe it. It doesn’t hurt that Miller’s rugged good looks are exactly Clancy’s cuppa joe.

As Clancy and Miller travel from coast to coast and indulge in everything from dive bars to the most decadent of culinary experiences, they’re suddenly sharing a lot more than delicious meals. Sparks fly as they bond over their love of flavors and the pressures of great expectations. But when Miller’s health takes a turn for the worse, Clancy must convince him he’s more—so much more—than just his taste buds. And that together, they can win a battle that once seemed hopeless.

One-click with confidence. This title is part of the Carina Press Romance Promise: all the romance you’re looking for with an HEA/HFN. It’s a promise!

RITA Finalist Layla Reyne is the author of the Agents Irish and Whiskey, Fog City, and Changing Lanes series. A Carolina Tar Heel who now calls the San Francisco Bay Area home, Layla enjoys weaving her bi-coastal experiences into her stories, along with adrenaline-fueled suspense and heart-pounding romance. She is a member of Romance Writers of America and its Kiss of Death and Rainbow Romance Writers chapters. Layla is a 2019 RWA® RITA® Finalist in Contemporary Romance (Mid-Length) and 2016 RWA® Golden Heart® Finalist in Romantic Suspense.