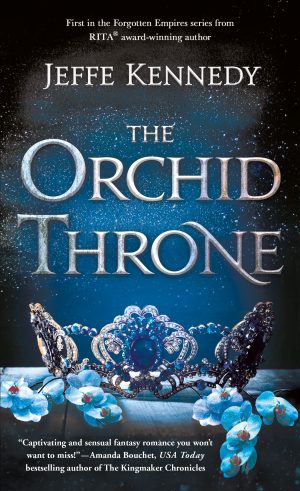 He was indeed the one from my nightmares, the wolf in a man’s skin. The one forever haunting me, holding out that hand, demanding and beseeching while the manacled wolf howled with a broken boy’s voice. I’d known it, so I shouldn’t be at all surprised. The orchid ring billowed on my finger, breathing of fate and disaster. And the presence of magic foreign to Calanthe—coming from the younger man with the Slave King. Slight, giving the appearance of youth, he leaned on a staff that oozed power. He stared at the ring, his gaze fascinated and green as Calanthe’s deepest forests. A wizard? Perhaps I’d been sent a gift along with this disaster.

Interestingly enough, the Slave King’s other companion was a woman, a warrior in armor. Somehow the rumors had left out that the rebels included fighting women, much less this one who must be his lieutenant. Unless she was his lover. Possibly both.

She might’ve been a great beauty once—with periwinkle blue eyes and hair the color of morning light, straight and fine as silk, that many court ladies would envy—but her complexion, like his, bore pits and scars. They both looked as if they’d been roasted over a slow flame. She returned my study, noting my makeup and clothing with something like contempt.

None of them had replied to my pronouncement, though I thought the Slave King, at least, understood my words. No matter. They couldn’t argue with me, regardless. The plan had worked perfectly, to my great relief, with no blood shed. Not yet.

I waved to the guards. “Relieve them of their weapons and take them to their cells.”

“Why?” The Slave King demanded, his voice startling in his hoarseness, all the more so in his anger, now that he’d given up all pretense of being polite. Though I hadn’t missed that he’d addressed me as one monarch to another, with no honorific.

I raised my brows in inquiry, not playing into his hostile demand for answers.

“We came here peace,” he said. “Is this the hospitality you offer all those who seek to meet with you?”

Tertulyn laughed, bitterness beneath it, and the sound echoed through court, though with more gaiety. Everyone had turned out to see this spectacle, eager to lay eyes on the Slave King and his retinue for themselves. This gossip would feed the parties for days, if not years.

The Slave King twitched, the wolf raising its hackles. I almost imagined a shaggy coat and fangs. I would not laugh at him, as I knew well what kind of beast I’d caged. A man who employed a wizard in his cause was no blundering feral.

Welcome to the world of Forgotten Empires from award winning author Jeffe Kennedy that begins with The Orchid Throne.

A PRISONER OF FATE
As Queen of the island kingdom of Calanthe, Euthalia will do anything to keep her people free—and her secrets safe—from the mad tyrant who rules the mainland. Guided by a magic ring of her father’s, Lia plays the political game with the cronies the emperor sends to her island. In her heart, she knows that it’s up to her to save herself from her fate as the emperor’s bride. But in her dreams, she sees a man, one with the power to build a better world—a man whose spirit is as strong, and whose passion is as fierce as her own…

A PRINCE AMONG MEN
Conrí, former Crown Prince of Oriel, has built an army to overthrow the emperor. But he needs the fabled Abiding Ring to succeed. The ring that Euthalia holds so dear to her heart. When the two banished rulers meet face to face, neither can deny the flames of rebellion that flicker in their eyes—nor the fires of desire that draw them together. But in this broken world of shattered kingdoms, can they ever really trust each other? Can their fiery alliance defeat the shadows of evil that threaten to engulf their hearts and souls? 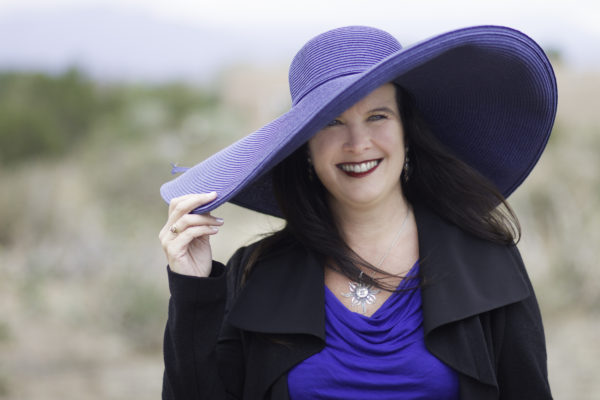