Today Lynne Silver, one of the talented authors taking part in the Eight Kisses anthology, celebrates the book’s release with her own story on why she wanted to be part of the anthology…

“Don’t have him call his grandma Bubbe, not unless he has a reason to be Jewish.” 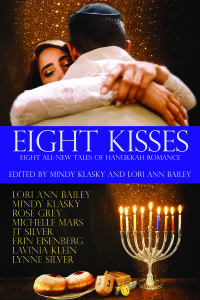 Those were the exact words in the margins of my manuscript from one of the many gatekeepers in publishing; agent, editor, beta reader. (I know exactly who said it, but I won’t throw him or her under the bus).

I’m ashamed to say I took the advice, and changed Bubbe’s name to Nana. Because the hero of my romance novel didn’t have a reason to be Jewish, did he?

It was a book that was under contract to a New York publisher, and I wanted it to have mainstream appeal. So I listened to the advice and white washed my hero.

That was five years ago. I don’t think I’d be getting the same advice now. At least I hope not.  More importantly, if I got that advice I’d tell the reader exactly what I thought of that advice. [visualize me with my finger on the poop emoji] #OwnVoices has found its way into romance publishing.

The advice to make my hero not-Jewish was couched under the guise of good intentions, and I know the reader who said it would categorically deny accusations of anti-Semitism. But the fact is, no one needs a reason to be Jewish in a book. Heroes and heroines of romance novels deserve their happily-ever-after regardless of race, religion, or sexual orientation.

Characters in romance novels can, and should, get that happily-ever-after without having the entire plot be about fighting racism, or anti-Semitism, or homophobia. They should be able to get their ending and find love the same way cis-gender white Christian characters do in the majority of romance novels without anyone questioning it.

That is not to say that there haven’t been some beautifully written and well-received romance novels with non-Christian characters before now. Because there have been. A quick search on GoodReads will get you a list of romance novels related to Judaism. That same quick glance will also show that a lot of those books are set around Hanukkah. The one Jewish holiday that has universal recognition.

While Hanukkah is important in historical context as the first moment in history where Jews fought back against oppressors, its proximity to Christmas perhaps makes it feel more accessible to non-Jewish readers.

Regardless of the accessibility issues, the floodgates are now open, and traditional and indie publishers alike are embracing #OwnVoices. I’m happily riding that wave all the way to my participation in an anthology coming out November 12 entitled Eight Kisses. Eight Kisses features eight short stories all set during Hanukkah, featuring Jewish characters getting their happily ever after. A true miracle.

My story is called Rededication, a play on one of Hanukkah’s religious themes. It features an older long-married couple who struggle to reconnect after their third, and youngest child leaves for college. The story takes place over the eight nights of Hanukkah and has the incredible fantasy where Evan, the husband, tells his wife, Jill, to not plan anything for Hanukkah. He’s going to take care of everything. And he does. Beautifully.

Hanukkah is the Festival of Lights, celebrating an ancient miracle with candles, fried foods, and family gatherings. What better time to find true love?

Move over Christmas movies! Spin the dreidel, gobble the gelt, and devour a tower of latkes as you read these tales of Hanukkah love! 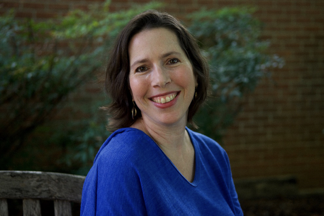 Lynne Silver is the author of sexy contemporary romance such as the popular Alpha Heroes and Coded for Love series. She absolutely loves to travel and explore new cities. She has a slight (huge) addiction to donuts, fancy purses, romance novels and video games. She lives in Washington, DC, with her husband and two sons where she works at a promotionals company during the day. She loves connecting with readers so please find her on social media.