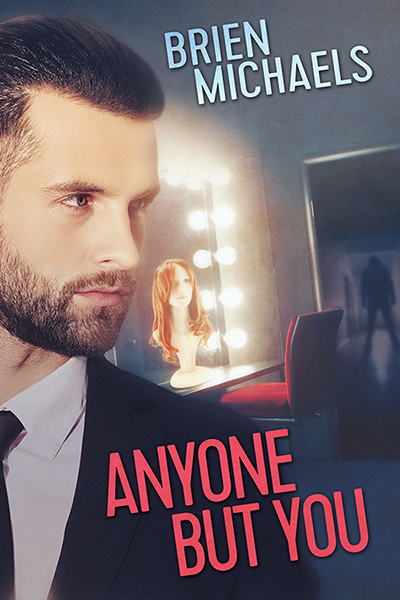 About Anyone But You

Murder is one hell of a drag.

Jack Kieza has a problem. He’s deeply attracted to men, but his homophobic family has left him too afraid to act on it. With his thirtieth birthday around the corner, his curiosity gets the best of him, and he finds himself at a gay club. After spending a fiery night with drag queen Sheila Saltue, everything changes. Especially when he discovers her alter ego: his boss, Ryan Swift.

Ryan knew he should’ve said no the second Jack approached him. Now he can’t stop himself from texting Jack every chance he gets. But Jack won’t let him take the wig off during sex, and being Sheila off-stage is wearing thin.

The more time they spend together, the more intense their feelings get, but Jack isn’t ready to date a man yet. When drag queens start turning up murdered, it forces Jack to reexamine his feelings, because what if Ryan is next? While Jack wants their burgeoning relationship to work, it would mean having to admit who he is to the world. And that’s an idea as frightening as death. 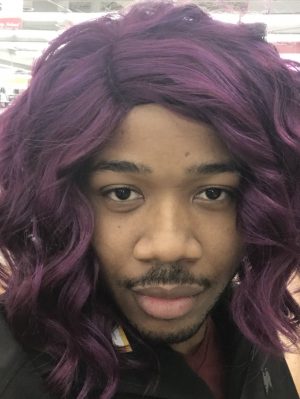 Brien Michaels was hatched shortly before the turn of the century. He grew up in the DMV area and has been creating characters for as long as he can remember, starting with an imaginary friend named Farquad Beaverhausen. Before turning his considerably wicked imagination to writing, he was an actor, aspiring film student, movie theater concessionist, and the first human to enter the seventy-second dimension. Though it is unclear whether he made it back or if Farquad’s evil twin, Brad, has taken control of his body. He’s currently on the run from the Secret Police, who want to bring him in for questioning regarding the whereabouts of erotica authors L.A. Witt and Lauren Gallagher. If you encounter him, please contact his publishers immediately, as he likely should be chained to a desk writing and not out walking children in nature.

To celebrate this release, one lucky person will win a $10 gift card to Riptide. Leave a comment with your contact info to enter the contest. Entries close at midnight, Eastern time, on December 14, 2019. Contest is NOT restricted to U.S. entries. Thanks for following along, and don’t forget to leave your contact info!

This giveaway is sponsored by Riptide Publishing. Open to participants who are legally allowed to participate in such a contest as allowed by their local laws. All federal, state, local, and municipal laws and regulations apply. Void where prohibited. No purchase necessary. By participating in the contest, participants agree to be bound by the decisions of the contest sponsor. Prize will be delivered by the contest sponsor. This blog, its reviewers, and the owner are not responsible for items lost in the mail. By entering this giveaway, participants agree to abide by these terms.