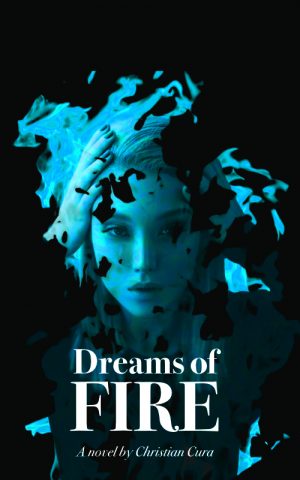 The cold stone corridor stretched before Kara as she walked its length. In the silence of the passage, her quiet footsteps echoed against its gray walls. Every steel door she passed marked a memory of the events that led her to this point. Every step she took struck her like a pang of regret. She barely felt the cold draft as it touched her pale face and hands or heard the sound of her brother’s footsteps behind her. Kara’s mind was flooded with memories of fire, blood and death. In the ghastly glow that filled the passage she could again see the blood of a Sacrifice and the deathly pallor of one she had lost. The memories haunted Kara and burned her mind’s eye as she drew closer to the cell at the end of the corridor.

Kara stood before the last door, the culmination of her dark reverie. Her heart throbbed for the one on the other side of it, the one she could not save. Suddenly her brother, John touched her shoulder. She turned and looked up at him; his pale blue eyes fixed on her.

“Kara, you don’t have to see her if you don’t want to.” he said softly.

“No, I need this,” Kara replied firmly.

John looked at her as if he were about to say something, but even as the words formed in his mind he held back. He cast a spell to unlock the door and pushed it open. The door creaked as it swung on its hinges, and a cold gust blew out of the cell. Kara’s short blonde hair fluttered in the wind. She stepped through the threshold as John pulled the heavy door shut behind her.

In the corner of the cell sat a young woman forlorn on the stone floor. Her bare feet were drawn toward her as she shivered in a tattered robe. Her wrists were bound and shackled with thick chains. The woman glared up at her with dark eyes that blazed with anger.

“What are you doing here?” she growled— the searing words stung with the heat of her wrath.

“I came to say goodbye and…I’m sorry.” Kara said. She could barely maintain eye contact with the woman in chains. Her simmering gaze pierced Kara like a dagger.

“Sorry? Is that all you have to say to me?” the prisoner exclaimed.

Kara’s eyes grew misty as another winter gust blew through the tiny barred window of the cell. “I’m sorry I couldn’t save you from yourself.”

“Save me? Is that what you think you were trying to do? I was so close to getting him back and you interfered!” the woman yelled as she stabbed an accusing finger at her.

“I couldn’t let you cross that line, Charlotte. I didn’t want you to become…this.” Kara said. 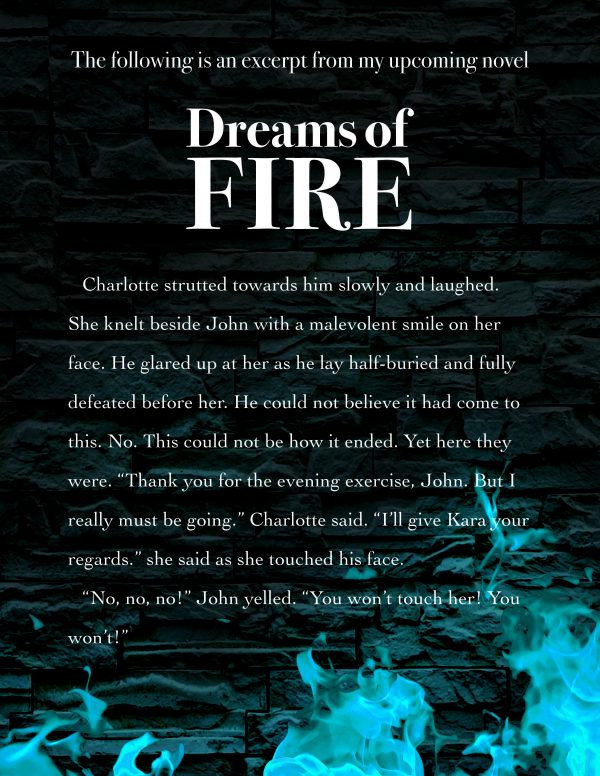 “I’ll make you pay for what you stole from me!” Charlotte exclaimed. “I will get out of here, I will find you and I will make you pay!”

Kara’s eyes dropped to the floor. “No. You won’t. Goodbye, Charlotte.” She turned away and pounded on the door.

“I will burn you alive and reduce everything and everyone you love to ashes!” the prisoner bellowed. John opened the door from outside just as Kara turned back to Charlotte.

“If you ever come after me or anyone I care about, I will stop you.” Kara said firmly.

“Oh, like how you stopped me from killing Anthony?” Charlotte replied with a chilling smile. Kara took a step toward the chained woman but John grasped her arm from behind. Charlotte tossed her head back and laughed.

“Don’t you ever speak his name again!” Kara shouted.

Charlotte’s laughter echoed against the walls of her cell. “I hope you look over your shoulder everywhere you go! Whenever you see fire, you will see my face and hear my voice. Let my words be burned into your memory! I will raze everything you love to the ground and I won’t stop until the bones of your loved ones are ashes at your feet!”

Kara raised her hand and Charlotte was suddenly hurled backward into the wall by some invisible force. Her feet hung suspended above the stone floor and her arms outstretched at her sides. But Charlotte simply gazed at Kara with dark, simmering eyes and a malevolent grin.

“Kara, enough!” John said quietly. Kara’s anger boiled as she stood with her hand raised, her adversary pinned to the wall. For a long moment the two women locked eyes; one firmly set to defend— the other determined to destroy, but John was right. Charlotte was imprisoned, stripped of her freedom and her magic. There was no escape for her. Kara dropped her hand and Charlotte’s feet hit the ground. “Let’s go,” John said in a gentle voice. Kara slowly turned away from Charlotte and followed her brother out of the cell.

“I’ll be seeing you…friend!” Charlotte called as the door slammed shut behind them.

Meet Kara Hartman, an up and coming painter living and working in D.C. She would be happy to let you believe she is just an ordinary young woman with a dream of sharing her art with the world. But Kara is hiding an astonishing secret from her fans: she can wield magic, the most powerful force in the universe. Traumatized by the loss of her brother, Kara wants nothing more to do with magic. But when an old foe resurfaces, hellbent on destroying everything she loves, Kara has no choice but to embrace the only power that can stop her.