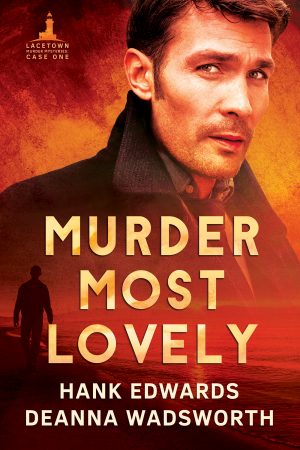 We would like to share with your readers, an exclusive excerpt from our upcoming gay rom-com murder mystery MURDER MOST DESERVING—Lacetown Murder Mystery Case Two.  It will be released March 17th, but is available for preorder HERE

If you haven’t had a chance to meet Michael and Jazz, you are in for a treat. The books are a true series, and we highly recommend reading Case One first—MURDER MOST LOVELY.

Michael is a shy mortician, and Jazz is a hairstylist and as sassy as his name suggests. They first fell head over heels for each other in MURDER MOST LOVELY, and their romance is still going strong, hot, and passionate. But another murder mystery has cast its shadow over Lacetown, Michigan and our delightful heroes, and the cast of zany characters that inhabit Lacetown.

Enjoy this exclusive snippet of the calm before the storm—though when it comes to Michael and Jazz, their romance will delight the reader no matter the circumstances they get into.

The salon door opened and Jazz looked up to see Michael, the Friday midday sunlight sparkling behind him and instantly brightening Jazz’s crummy day.

“Actually, I happen to have a few minutes.” He smiled and walked toward Michael. “It’s good to see you, sweetie.”

“Hi, Michael!” Misty called from the other side of the salon, flashing a bright smile. Hot pink highlights streaked through her red curls, which were currently in a sweeping up-do.

Misty patted her hair, and her smile brightened even more. “Why, thank you!” She was a bohemian woman, always wearing flowy, colorful clothing. A devout yogi, she had earthy ways and a kind heart Jazz adored. He’d not only gotten lucky in the work environment, but he was also lucky enough to count her as a close friend.

Michael stepped up to Jazz and handed him a takeout cup of coffee from Coffee, Tea, and Thee, the only coffeehouse in town. “Last night you said you had a really full schedule today, so I thought I’d get you something to help you through it.”

“What flavor this time?” Jazz asked, loving how Michael enjoyed surprising him with different beverages. 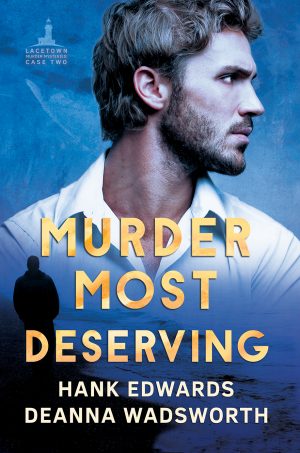 Michael beamed, a hint of mischief behind those glasses. “Caramel macchiato.”

“Oh, my new favorite!” he declared as he did every time Michael brought him a coffee.

Jazz started to lean in to kiss Michael but noticed every set of eyes in the salon had zeroed in on the two of them. Instead of delivering a kiss, he took Michael’s hand and led him toward the back room.

“Back in a jiff, Misty,” Jazz called over his shoulder.

“Sure thing,” Misty replied, a hint of disappointment in her tone.

Why did everyone always want to watch the gays make out?

He closed the purple door to the back room, the hinges squeaking loudly and drawing a few snickers from out in the salon.

“Remind me to get some WD-40 for that,” Jazz said as he took the coffee and set it on the break table. Then he gathered Michael in his arms and gave him a hot and heavy kiss.

“Oh, hello,” Michael murmured against his lips. He pulled back and took a trembling breath, his eyes crossed a little as he gazed at Jazz.

Craving the comforting touch of his lover, Jazz answered by kissing him again. Michael made a slight whimpering sound when Jazz ran his palms down the flat, muscular planes of Michael’s back, ending his caress by gripping that tight ass he loved f**king. Fingers tangled in Jazz’s hair, Michael responded by deepening the kiss.

Damn, Michael’s so passionate, so responsive to every touch….

Lots of tongue and a fair amount of groping later, Jazz stepped back and smiled. “You are a sight for sore eyes.”

“I guess so.” Michael adjusted the very visible hard-on inside his suit pants. “I had no idea a caramel macchiato got you so worked up or I’d be bringing one to you every day!”

“Oh, it’s not the beverage, though that’s always welcome. It’s definitely the delivery man.” Jazz gave him another kiss, but softer and sweeter than the previous. He ran a hand down Michael’s firm chest, savoring the muscular feel of his boyfriend’s amazing body. If people only knew what a sexy, passionate man lay beneath Michael’s reserved, stoic exterior…. Jazz loved being the one trusted with the secrets Mr. Fleishman the funeral director kept hidden.

Michael kissed the tip of Jazz’s nose, his hand playing with Jazz’s long hair. “That’s nice to hear. I love it when you wear your hair down.”

An acoustic music festival comes to Lacetown, and with it, another dead body—this one found at Fleishman’s Funeral Home. Michael recuses himself from the autopsy, handing the job over to his arch-nemesis from a neighboring county.

Luckily Michael and local hairstylist Jazz are closer than ever. Between a trio of funerals, a blowout BBQ, and a couple of trips on Beulah, Jazz’s beloved scooter, Michael and Jazz do some sleuthing of their own. With the first gruesome murder still fresh in their memories, they can’t help but wonder if notorious murderer and famous author Russell Withingham might be targeting them from jail, where he’s awaiting trial.

The festival, however, brings in a veritable lineup of potential killers, including a familiar—and most unwelcome—figure from their past. As the murderer circles ever closer to Jazz and Michael, Sheriff Musgrave is quick to remind them that everyone’s a suspect until Sheriff Musgrave says they’re not!

MURDER MOST LOVELY Case One

Deanna Wadsworth might be a bestselling erotica author, but she leads a pretty vanilla life in Ohio with her wonderful husband and adorable cocker spaniels. She has been penning stories since childhood, and her first erotic novella was published in 2010 and served multiple as President of the Rainbow Romance Writers in 2017. When she isn’t writing books or brainstorming with friends, you can find her making people gorgeous in a beauty salon. An avid reader, she also loves gardening, cooking, music, and dancing. Often she can be seen hanging out on the sandbar in the muddy Maumee River or chilling with her hubby and a cocktail in their basement bar. In between all that fun, Deanna cherishes the quiet times when she can let her wildly active imagination have the full run of her mind. Her fascination with people and the interworkings of their relationships have always inspired her to write romance with spice and love without boundaries. 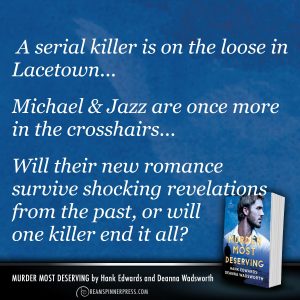 Hank Edwards has been writing gay fiction for more than twenty years. He has published over thirty novels and dozens of short stories. His writing crosses many sub-genres, including romance, rom-com, contemporary, paranormal, suspense, mystery, and wacky comedy. He has written a number of series such as the suspenseful Up to Trouble, funny and spooky Critter Catchers, Old West historical horror of Venom Valley, and erotic and funny Fluffers, Inc. No matter what genre he writes, Hank likes to keep things steamy and heartfelt. He was born and still lives in a northwest suburb of the Motor City, Detroit, Michigan, where he shares a home with his partner of over 20 years and their two cats.

Read about the Town of Superstition, Hank’s YA series written as R.G. Thomas on Amazon

This giveaway is sponsored by the authors. Contest rules and entry information is provided on the Rafflecopter form. Open to participants who are legally allowed to participate in such a contest as allowed by their local laws. All federal, state, local, and municipal laws and regulations apply. Void where prohibited. No purchase necessary. By participating in the contest, participants agree to be bound by the decisions of the contest sponsor. Prize will be delivered by the contest sponsor. This blog, its reviewers, and the owner are not responsible for items lost in the mail. By entering this giveaway, participants agree to abide by these terms.