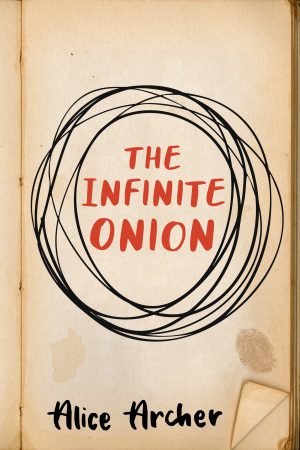 I leaned over the handlebars and shot down the Violetta Road hill toward home, spurred on by the mass of dark clouds on the western horizon. The bike trailer chased me with a clatter.

I almost missed it.

With one eye on the clouds, the other on the gravel road, and sweat in both eyes, I almost didn’t see the pile of rags in the ditch. It took me a while to stop on the gravel. I rolled back to take a closer look.

In spite of the urgency of the storm, I stood there for a minute to try to make sense of what I saw. And then I spaced out to memorize the vision.

A man slept on his back in the shallow ditch. A boy slept on the man’s chest.

Tall grasses curved and bobbed over their heads in the wind. The man’s greasy hair was too short to spread over the flattened grass around his head, but the contrast of his black hair and the greens struck me as worth remembering. Black eyelashes touched cheeks pale enough to make me wonder if he was healthy. Dark scruff spread over his jaw. Dark circles curved under his eyes. His pale lips turned down in a frown.

But the way he held the boy made me think comfort.

The boy was maybe eight or nine. He flopped face down, arms and legs splayed, like he trusted the man completely. A fall of blond hair hid most of the boy’s face. His round baby chin rested on the cobalt blue of the man’s T-shirt. The circles under the boy’s eyes matched the man’s and made the hairs on my arms stand up. They looked abandoned. Castaways holding tight to each other in a tempest.

My breath slowed until it matched theirs, long and even.

The truth is harder to hide when someone sharp starts poking around.

Grant Eastbrook hit the ground crawling after his wife kicked him out. Six months later, in Seattle without a job or a place to live, he escapes to the woods of nearby Vashon Island to consider his options. When he’s found sleeping outdoors by a cheerful man who seems bent on irritating him to death, Grant’s plans to resuscitate his life take a peculiar turn.

Oliver Rossi knows how to keep his fears at bay. He’s had years of practice. As a local eccentric and artist, he works from his funky home in the deep woods, where he thinks he has everything he needs. Then he rescues an angry man from a rainy ditch and discovers a present worth fighting the past for.

Amid the buzz of high summer, unwelcome attraction blooms on a playing field of barbs, defenses, and secrets.

Alice has questions. Lots of questions. Scheming to put fictional characters through the muck so they can get to a better place helps her heal and find answers. She shares her stories with the hope that others might find some healing too. For decades, Alice has messed about with words professionally, as an editor and writing coach. She also travels a bunch. Her home base is Eugene, Oregon.