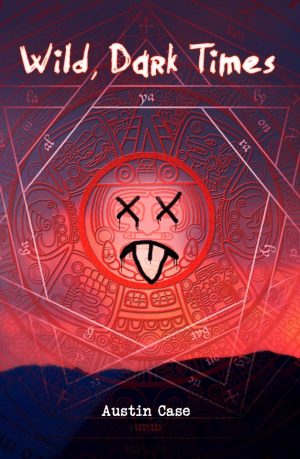 The night air clung to Eddy. Rain from summer storms had drenched the city earlier that week, leaving a humid pall in their wake. He stood on the sidewalk in front of a single-story house whose brick façade emitted an amber glow. He reached into his coat pocket and took out a crumpled piece of paper; the leaf from the Yellow Pages was limp in his palm from the moisture. Amazing these things are still around, Eddy thought. You’d think the Internet would’ve made them obsolete. One name was circled on the page: Elizabeth Megalos. He looked at the address next to the name and then looked at the numbers on the front of the house. This must be the place.

Eddy took a quick glance around the neighborhood. The houses were all modest centennial homes, and sodium lamps cast a sickly orange glow on the street. He didn’t notice anyone inside the nearby windows; the street was empty. No looky-loos. He inched along an alleyway between the house and the home to its left. A window on the side leaked light; underneath rested a wooden crate and some old cardboard boxes. Eddy moved toward the crate and then pressed down firmly on the top. Seems sturdy enough. He climbed up and peeked through the window blinds.

Inside was an off-white room, decorated with tan furniture. The walls were adorned with prints of Impressionist paintings. There was a small wooden coffee table in the center and a television on a wooden stand at the far end. A woman entered from an adjacent room and lay down on the sofa. She picked up a remote from the coffee table and turned on the television. This must be her, thought Eddy. She’s got a decent figure. I kind of thought she’d be heftier. It must have been the “Mega” in her name. The woman was in her late twenties or early thirties; her shoulder-length dark brown hair cascaded around her smooth face. She wore a simple taupe blouse and a long gray skirt that decently accented her curves but washed out her olive features against their bland uniformity. It’s a shame she’s got sh*t for taste though. Eddy glanced at the program she was watching. Let me guess… a reality TV show. On the screen, attractive people interacted in a house with unsubtle studio lighting.

Eddy heard a crash come from behind him. He peered over his shoulder and saw some trash cans lying on their sides. A tabby cat crawled out from the nearest can, coffee grounds clinging to its brow. He looked back into the window and saw the woman glaring out. Eddy hopped off the crate and moved into the darkness of the alleyway. Sh*t. As he sat there waiting in the shadows, he whispered an Aramaic phrase while clasping his hands over his face. He heard a door open and saw the woman walking towards the alley. In her hands was a large wooden bat.

“Hello?” she called. “Is there someone there?” The alleyway was silent. “If there’s some creep hiding in the alley, I want you to know that I had a .380 batting average on my college softball team.”

She inched her way towards the alley with her bat raised then nudged the crate with her bat. The cat slinked forward and let out a tiny meow. Elizabeth leaned down and petted the cat along the length of its back. “Were you the one making all of that noise, kitty?”

She gave another look around and returned to the front of her house. Eddy heard the door shut, waited a few minutes to be sure, and crept out of the shadows. He reached down and picked up the cat, brushing the coffee grounds from its head.

“That sure was close,” he whispered.

Eddy looked up at the sky. It had been cloudy for most of the night, but a small patch had recently opened in the heavens. The moon beamed, nearly full. A faint moan come from the alleyway and he knew it wasn’t a cat.

It’s the summer of 2012 and Elizabeth Megalos is a disillusioned art-school grad getting by as a bank teller in St. Louis. One evening, she’s attacked by a possessed coworker and saved by a mysterious, wise-cracking sorcerer named Eddy. He drags Elizabeth and Hugh—a skeptical scholar of the occult—to Europe, where he introduces them to his three magical celebrity friends. Once there, Eddy explains the group’s mission: preventing a Demiurge—a creature out of Gnostic Christian mythology—from fulfilling the visions of doom in the Book of Revelation. The Demiurge has been drawing power from the misguided beliefs in the Mayan apocalypse and is set to start the destruction on Dec. 21st, 2012. Through ritual magic and a series of psychedelic experiences, the group learns that Elizabeth is the key to taking down the Demiurge, though she can’t imagine how she will be the one to stop Armageddon.

Purchase links:
Amazon : Between the Lines

Austin Case received a Master’s Degree from the University of Amsterdam in Western Esotericism and Mysticism. His academic knowledge of the occult and other peripheral phenomena has given him a unique take on fantasy and other speculative fiction.