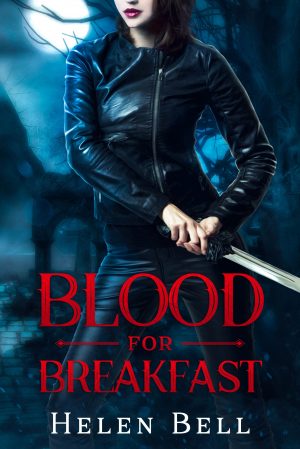 My face twisted at the sight of what had to be an optical illusion. I leaned closer to her. No, it was not an optical illusion; my mind was not playing tricks on me. Shiny liquid slid from her blue eyes, leaving two trails of gold as it rolled down her cheeks.

“Your tears, they …” My voice faded away while I observed them.

Her face contorted with discomfort. “Something powerful is coming our way. Must be a royal.”

A royal? Who was she talking about? What was going on? As I struggled to make sense of all this, I also tried to figure out why she hadn’t escaped.

“There is nothing to hold you inside the room, so why aren’t you getting out?” I asked.

“I can’t. Magic is sealing me inside.”

I knit my brow. “Magic? You mean magic as in abracadabra magic?”

“As in witch magic.”

I blinked at her. Twice. I was not sure if she was serious. “I have no idea what’s going on, or what’s the deal with the gold tears, but—”

A sudden flood of something pleasant enveloped my body, and I felt a strong presence behind me.

Her eyes flitted over my shoulder. Shock appeared on her face. “Oberon,” she whispered in astonishment. My first instinct was to flip around, but she stopped me. “No! Don’t look back! Your human eyes … He’s The King of the Fae. You’ll die.”

The King of the Fae? My human eyes? Magic? Clearly, she’d slipped over the line between reality and fantasy, so I turned around anyway. Or tried. In mid-movement, I lost control over my body again, and it stopped moving.

Close your eyes, the voice I’d heard in my head earlier said.

“No,” I said, yet on their own volition, my eyes shut. When I attempted to open them, it was impossible.

Nineteen-year-old Sydney Newbern leads the typical college student life until one day her roommate invites her on a hiking trip. Little does Sydney know that it’ll be the day her life turns upside down. Nothing will ever be the same.

Kidnapped by a stranger, Sydney wakes up alone in a small room with a tattoo etched on her palm in black ink: 777. Then, she finds out her family is being watched. Her kidnapper will kill them if she doesn’t comply with his instruction: swallow a red pill daily. Things get weirder when she realizes the number on her hand decreases by one every day.

When Sydney finally escapes, she knows she can’t go to the police or back to her family—her kidnapper might hurt them. Trying to figure out what to do next, she discovers supernatural beings exist, and one crosses her path. The enigmatic vampire needs something from her, so she strikes a deal with him. But will his help suffice in solving Sydney’s problems? Will she manage to remove the magical tattoo before it hits zero?