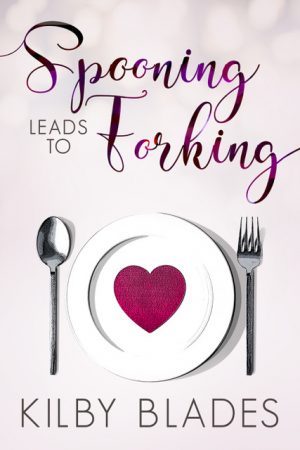 “The Shining, Deliverance, or Scream?” Dev called over his shoulder from the sofa as Shea strode back into the room, popcorn in one hand and opened bottle of a red blend in the other. The remote was in his hand and the enormous TV with its parabolic screen was lit up with the on-demand menu that offered a virtual feast of horror.

“Scream,” Shea decided easily. The idea to stay in on a rainy night and watch a movie with Dev was born of a sheer, selfish desire to snuggle—not from any natural tendency to seek hair-raising thrill. Shea was a woman living alone, isolated on top of a mountain in the middle of nowhere. The last thing she needed was a horror film so convincing it would actually make her scared.

After navigating to Scream, Dev tossed down the remote and extended his arms to relieve her of her popcorn and her bottle of wine. Two stemless glasses sat on the table, waiting. He filled and set them down in short form. Then, as if neither the popcorn or the wine existed, he pulled Shea with him in settling back on the plushy microfiber sofa, spreading a throw blanket over them and tucking her into the crook of his arm.

Seriously. Why does he smell so good? Shea couldn’t help from thinking as she reveled in the result of her nose being so close to his chest. Before the opening credits, her head was already on his shoulder, his strong arm holding her to him in a delightfully-possessive way. Five minutes into the movie, and her attention was already split between following the plot and enjoying the movement of his body—his groaning at the writing and his laughter at the camp of the Drew Barrymore scene.

The blanket felt good on her lap and, before long, she’d tucked her legs beneath her, which only caused her to settle further into him. He held her tighter through the scary parts—brought up the popcorn and wine halfway in.

Halfway through the movie was also when the real rain began. Until then, most thunderstorms Shea had seen had been during the day. The afternoon ones had always felt a bit routine—a purging of afternoon clouds so that the mountain can get on with this beautiful day. But this storm—more like a lightning storm—felt fierce. So much so, that Shea reflexively jumped from being spooked—not by the movie, but the brightest bolt of lightning she’d ever seen. It earned her one of Dev’s amused smiles.

“Want me to find the remote and close the blinds?“ He asked, more grace in his voice than on his face.

“No making fun of the New Yorker,“ she chided. “We’ve got thunderstorms, too. And I wasn’t really scared—just startled.“

“I wasn’t making fun,” he insisted in his disarming voice. “Just lookin’ for any way to be accommodating.”

She relaxed back into his arms. “No need.” She nestled in. “I’m fine exactly where I am.”

With her ear against his chest, the low growl of his voice shook her with vibrations.

At some point, Dev must have stopped watching the movie, too. The credits were rolling and neither had said a word in acknowledgment of the close of the final scene. The show out the window had turned out to be much better. The storm was frightening, and awesome, and so intense that merely sharing the moment of witnessing it held an intimacy that she didn’t expect.

Yes. Being there, in that house, on that hill, and sharing it only with Dev, made her feel as if they were the only two people in the world. Nothing about the notion scared her. Shea was falling into something that felt a whole lot like love. Even if it wasn’t, being with a man who made her feel this way was good for her. And this last new development had given her some sort of permission she hadn’t known she was waiting for. It felt as if Ethan was finally out of the picture.

It felt surreal and liberating to say, “Stay here tonight.“

She didn’t bother to follow her bold statement with any of at least five logical rationales: the storm was too bad to drive in; better to wait it out at her place; no need to take a risk and drive home. She also didn’t bother with the pretense of offering to put him up in the guest room. And she didn’t follow it with some quip to lighten it up.

She felt his heartbeat race at the same time as she was pinned by the intensity in his eyes. Something even changed in his breath. It led her to swift comprehension she hadn’t let herself consider until then. This was more to him than comfort and attraction. There was something as intense in this for him as there was for her. 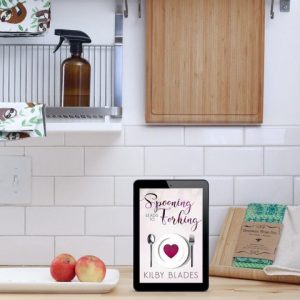 “Technically, both…“ She tipped her chin upward, wanting to him to see it in her face. “Mostly, I’m asking as a woman.“

Thunder, which had been absent for the majority of the storm, cracked on the ends of her words. When answering lightning burst, the furious gales could be seen in the tops of the trees. The rain continue to pelt on the deck, beating percussion that she would not soon forget. Nor did she think she would ever forget the hitch of his breath a second before he leaned in.

What happened next was so surreal that Shea might never know whether it came from the sheer thrill of breaking her ten-year streak of sleeping only with Ethan, the fact that her partner was Dev, or some strange magic that came from the storm. The sublime anticipation of having Dev that night promised to be otherworldly. Later, Shea would reflect that there was no name to describe the perfection of what they had done.

Dev pulled her into his lap in a single smooth motion and she twisted her body to face his. He wasted no time threading his fingers in the back of her hair and craning his neck to rise in a hungry devouring of her lips. This kiss was different. They’d kissed before and each previous kiss hadn’t been amazing. This kiss felt as if it spoke: his body speaking to hers and hers to his, giving voice to their current of electricity.

As the kiss brought them impossibly closer, soft and delicious but urgent in it’s desire, she got lost in other little things—the way his thumb stroked the side of her neck, the sounds of his sighs as he breathed, and the fresh aroma of his beard. Kissing him then gave new meaning to the concept of taking time. Slow lovemaking, indeed. He was insistently hard beneath her, but nothing distracted him from getting his fill of her lips.

“You got any religion about doing this in a bed?

Dev asked her the question in between sensuous bites to her neck that had her nearly delirious with bliss. She was ridiculously wet for someone who had barely been touched and was still fully clothed.

“Beds are for amateurs,“ She managed a second before the hand she had cupped on the back of his neck dropped to his shoulder to grab a fistful of his shirt. She couldn’t help it—his tongue had just done the most delectable thing to her ear.

It was a good thing she was holding on, one arm around his shoulder and the other around his waist from sitting side saddle in his lap. In an effortless motion, he stood, picking them both up and holding her bridal style as he walked her forward. As promised, he did not take her to the bed.

Leaving her name—and her job as a top food critic—behind in New York, Shea Summers seeks respite in Sapling. Her borrowed mountain getaway seems perfect for writing her opus. It’s also perfect for riding out a messy divorce and hiding the roomful of cash she kind-of-sort-of stole from her ex.

Too bad Sapling is a remote, three-restaurant town with food that leaves much to be desired. Sexy grocer, Dev Kingston, may be Shea’s saving grace. The way he looks at her with his aspen-green eyes shows her everything her marriage was missing, and he can special-order every delicacy she craves.

But Shea’s not the only one who isn’t what she seems. Dev moonlights as a sheriff’s deputy, a fact she finds out too late; a string of suspicious crimes finds newcomers under scrutiny; and her ex is going to extremes to find out where she is.

Taking the money and living under an assumed name might be on the right side of wrong, but dating Dev is a dangerous game. She’s still running and he’s still the law.

Kilby Blades is a 45-time-award-winning author of Romance and Women’s Fiction. Her debut novel, Snapdragon, was a HOLT Medallion finalist, a Publisher’s Weekly Book Life Prize Semi-Finalist, and an IPPY Award medalist. Kilby was honored with an RSJ Emma Award for Best Debut Author in 2018 and has been lauded by critics for “easing feminism and equality into her novels” (IndieReader) and “writing characters who complement each other like a fine wine does a good meal” (Publisher’s Weekly).

When she’s not writing, Kilby goes to movie matinees alone, where she eats Chocolate Pocky and buttered popcorn and usually smuggles in not-a-little-bit of red wine. She procrastinates from the difficult process of writing by oversharing on Facebook and Instagram and giving away cool stuff related to her fiction novels to her newsletter subscribers.

Win an amazing gift basket or a signed paperback copy of Spooning leads to Forking by Kilby Blades: