In Variable Onset, my new standalone m/m romance, “Criminal Minds” meets “Bones” in a mystery whodunit with a will-they-or-won’t-they side of queer romance. It features Lincoln Monroe, a prickly FBI instructor, and Carter Warren, a brash, flirtatious former student, who must team up and go undercover together—as husbands—to catch a notorious serial killer. Interested? Check out an excerpt below! 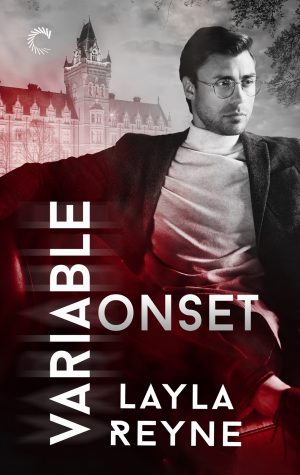 Lincoln let Carter lead him into the lobby vestibule. It was only right he spare the townsfolk from the blistering rebuke he was about to unload. Carter released him, and Lincoln let loose. “Talk me around?” He put a hand to Carter’s chest and shoved him back against the wall. “Swear to God, if I had my gun on me, I’d show you talked around.”

Carter raised his hands. “Okay, apologies on that one.”

“And for setting me up.”

“Bullsh*t.” Lincoln stepped closer, making sure Carter could clearly see his glare, could hear the fury in his voice. “How do you know I play more than guitar?”

“Because I googled Lincoln Monroe and found articles about an amazing musical prodigy from Los Angeles. And then all those mentions dry up after you graduated from LA County High School for the Arts.”

Because after years of tossing his guts before every show, he and his body had decided enough was enough. Just the mention now of his Fame High days was enough to stoke the stomach upset he’d been ignoring in favor of his anger. F*ck, he was going to toss his coffee-for-breakfast right here in the church. Then he’d burn for sure. He shoved Carter aside and pressed both hands and his forehead against the cold stone wall, trying to force down the rising bile and beat back the suffocating heat of impending sickness.

“F*ck,” Carter cursed beside him. He laid a hand on the small of Lincoln’s back, then slid it up to rub over his shoulders. “I’m sorry, L, truly. I didn’t realize it was this bad. You don’t have to do this.”

“But I should.” Lincoln turned and fell back against the wall, eyes closed, head tilted back, as he struggled to rein in his insides. “Up front, from the chancel, I’ll have a view of the entire congregation, and you can scout while I play. There’s a whole FBI team set up at the hospital waiting for us to bring them a suspect.” Beverley had texted them that morning with the contact information for the Richmond team providing support out of a closed area of the county hospital. “And if Dr. Fear is also here, it draws his attention to us more. That’s what we wanted, right?”

“Not worth you puking onstage.”

“It will be, if it saves Ruby.” He lowered his head and opened his eyes.

“Back when I played baseball—”

The non sequitur didn’t throw Lincoln as much as the choice of sport. “You played baseball?” Carter seemed built more for football.

“Are you imagining me in tight pants, Professor?”

“No, but now that you mention it.”

Carter chuckled and leaned a shoulder against the wall next to Lincoln. “I wasn’t in one place long enough to play most team sports, but in high school, a coach saw me throwing a ball around with one of my foster brothers who was on the team. I was on the team a week later.”

Carter was a foster kid. That was one explanation for the sealed record Lincoln had run into eight years ago when he’d tried to research the class menace. But that wasn’t the point, and Carter wasn’t done with his story.

“Comes in at the end,” Lincoln said. “I went to UNC. SportsCenter is a mandatory course.”

“Great, you get the sports questions at trivia night.” Carter smirked when Lincoln’s middle finger twitched again. He sobered, though, as the memory pulled him back in. “I spent seven to eight innings of every game feeling like I was gonna throw up. Waiting to go in.”

Not exactly the same but pretty damn close. Lincoln had heard stories of athletes experiencing something like stage fright too, especially hockey players who were predisposed to throwing up in their helmets. Or maybe that was just in The Cutting Edge. Also beside the point but his mind tended to wander when he was nervous. “How’d you make it go away?” he asked, striving to get back on track.

“Coach told me that when I went out there I was the number on the back of my jersey. Not Carter Last-Name-of-the-Week. Not the weird foster kid. Just the pitcher, Number 3. Told the PA guy to announce it that way too.”

Lincoln got where he was going. “So I just need to be Mr. Polk?”

“That’s right.” He pushed off the wall and stood in front of Lincoln. “Not Lincoln Monroe, musical prodigy.” As he straightened Lincoln’s jacket, vest, and collar, the backs of his hands brushed Lincoln’s jaw, the scratch of the bandages distracting him in a good way. “You’re Professor Lincoln Polk, the new university librarian, who is also gifted at music and gifted with a smoking-hot husband.”

Then righting them as the backs of Carter’s fingers brushed his cheek, intentionally. “There he is.”

To catch a killer, a special agent and his former student will need to get close—to their target, and each other. Layla Reyne returns with a stand-alone romantic mystery.

When the serial killer known as Dr. Fear seemingly reemerges after a cooling-off period, Special Agent Lincoln Monroe wants on the case. He knows his research on the calculating criminal, who targets couples and uses their worst fears to kill them, could prove invaluable. But nothing can prepare Lincoln for the agent waiting for him in Apex, Virginia: a brash and cocky former student. Carter Warren is everything Lincoln is not, and somehow everything he wants. And they’ll be going undercover. As newlyweds.

For Carter, seeing Lincoln again—and flustered to boot—pokes his raging bear of a crush something fierce. He thinks posing as lovers will provide the perfect bait for Dr. Fear. But pretending to be married forces them to confront fears of their own…like giving in to the very real chemistry between them.

With evidence pointing to the possibility of a copycat killer, Lincoln and Carter will have to race to separate truth from fiction. But when another couple goes missing, finding the killer will test every ounce of their training, skills and the strength of their bond like never before. 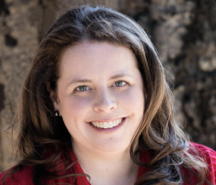 Layla Reyne is the author of Dine With Me, and the Fog City, Agents Irish and Whiskey, Trouble Brewing, and Changing Lanes series. A Carolina Tar Heel who now calls the San Francisco Bay Area home, Layla enjoys weaving her bi-coastal experiences into her stories, along with adrenaline-fueled suspense and heart pounding romance.