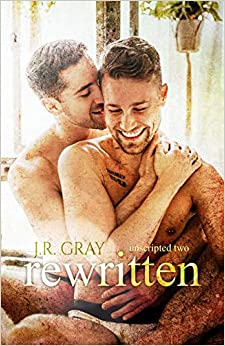 “Can I keep touching you?”

My brows pulled. “What?”

“I don’t want to make you uncomfortable in a place we might have photos taken.” He studied my face waiting for permission.

“I think we’re past that after the recent tabloids.” I chuckled because I loved that he asked.

“There aren’t any pictures of us kissing yet.” He lifted a shoulder staring down at me. “I don’t want to cross lines and make things worse if that makes sense.”

“It does. Thank you.” My smile stretched as he took me in his arms and cupped my cheeks.

“Long distance is hard for everyone but this—you—are worth it to me.”

“Are you worried?” My insides warmed and he rested his forehead against mine.

“What are you worried about?” I asked.

He brushed a thumb over my cheek. “I’m scared distance will make you forget you love me.”

His words were like water for my parched mind. “I’m terrified of that.”

“You’re terrified you’ll stop loving me?” he said with a grin that told me he knew what I’d meant.

“Yes.” I said with a joking glare. “No. I’m scared you’ll realize how hard this will always be and not want to do it anymore.”

He nodded and by doing so rubbed his nose over mine. “I know you see yourself as work, but I’ve never seen you that way. I know without all of you, depression included, you couldn’t be this incredible person I’ve fallen so hard for.”

I put my hand over his and turned my face to kiss his palm. “Thank you for this.”

“The walk. The being patient with me.”

“It’s the joy of my life to get to spend this time with you.”

I closed my eyes as I turned back towards the sun which had nearly disappeared now. His reassurance made me feel worse. I couldn’t say it, but it did. It made me feel like I was the only one with doubts. He was better than I was for being so sure of me when he shouldn’t be.

I was one piece away from falling apart and it was getting worse. I was waiting for the bottom to drop out any moment.

“Shall we head back or do you need more?” he asked. He knew.

“It’s about three miles back. I think that will be enough.”

He nodded and started in the direction of home. But it wasn’t as peaceful as the first part had been. I felt the photogs following us before I saw them. I had a sense for them. The hair on the back of my neck stood up.

This was the beginning of the end of our privacy. They’d follow us home and they’d learn to camp out on the beach while we were there. Places celebrities lived never stayed secret for long. Even with the blind trust. I’d hoped it would last longer. But how could it with our public display? I wouldn’t take any of it back. Because even if I felt worse after his reassurance, I would play back his words in my mind. Maybe if I put them on repeat, I’d eventually believe them and right now I wanted to drown in them.

Quellcrist wasn’t new to fame or the effect it had on a relationship. He’d been married in the spotlight for as long as he’d been famous. But that was before Hale. He knew it was going to test him but even he hadn’t known the toll that months apart would take on his fledgling relationship.

Long days of shooting, different time zones, calls every day dwindled to days without calls, and rumors were all over the rags. Through it all Quell had to battle his own worst enemy but he didn’t know how to win against something inside him. Depression ate him whole and pain took over.

There was so much more at stake than losing his boyfriend, he was losing his best friend. His lifeline, the love of his life. Was there any way to come back from the damage done?

To celebrate the release of REWRITTEN, J.R. Gray is celebrating with an Instagram Spotlight Tour and Giveaway. Check out the hashtag, #RewrittenTour, on Instagram, comment on any host photos by tagging a friend, and you’re entered to win e-copies of book 1 in the series, UNSCRIPTED. All details are here: instagram.com/anoveltakepr