We often get our first understanding of new technologies from science fiction.  Artificial Intelligence (AI) is no different, so let’s have a short tour of the AI’s of science fiction.  Here are my top 5 AI’s from film, TV and Books.

HAL9000 from “2001: A Space Odyssey”.  HAL was built to run all the function a spaceship on its voyage to Jupiter seeking alien contact.  His dulcet tones, chess playing ability and omnipotence could not overcome the conflict between the mission and the unconscious bias handed down from his creators. I forgive him for killing most of the crew because he was just so cool!

Coming in at number 2 is: 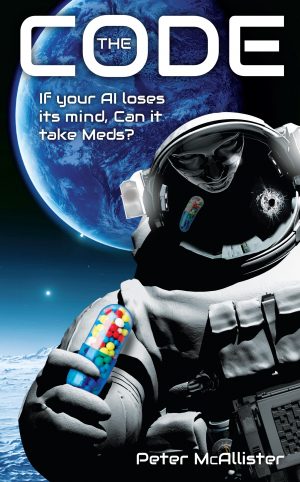 Data  from “Star Trek – Next Generation”. Data is synthetic life with AI and human looks. He is like Spock – the outsider who is our superior: physically, intellectually and perhaps morally, but is different because he mimics emotion without understanding.  He is boosted to number 2 because he has a cat to help him understand humans.

Number 3 comes back to another emotionless killer!

Skynet of the “Terminator” franchise.  Skynet was built to take control of nuclear and conventional defences under a higher order of intelligence – identifying and reacting to threats autonomously.  Skynet correctly identified humans as threat and the rest is the future. On the list for longevity and just plain believability – it probably exists!

While we are on the topic of killing, number 4 does it in the name of justice:

KITT from “Knight Rider”.  KITT the indestructible Trans AM is self-driving, self-aware and with AI.  Teamed up with an undercover detective, they favour direct action – so this AI was happy to hurt humans up close and personal!  Elon Musk of Tesla fame was 11 when this show came to our screens (just saying!)

Marvin the Paranoid Android from “Hitchhikers Guide to the Galaxy”.  Marvin wasn’t paranoid – he was very depressed, his last good conversation was about 40 million years ago (with a coffee machine) and he has menial work such as picking up paper, despite being 50,000 times more intelligent than humans. He was built to prototype human intelligence, so is one of the few AI’s that are in touch with human feelings rather than imitating them.

It was hard to pick a top 5 – there were two that were unlucky to miss out: Holly from “Red Dwarf” who believes a Silicon Heaven awaits as the next life when decommissioned, along with Sonny from “I, Robot”, who is a traitor to his own kind, siding with the humans while the robots try to break free from slavery (not convinced that is a good thing, but the oppressors rarely do).

If I was to be completely honest, my favourite is Gene – the AI from “The Code. If your AI loses its mind, can it take meds?” and my first Sci Fi novel. He has all the hallmarks of the top 5; superior in many ways, unconscious bias, disconnected from emotion and sees no issue killing people in defence of himself or his mission.

Life on earth is at risk when an AI sent to the moon goes rogue!  Shutting him down means an unscheduled trip to the moon and a battle for our very survival.

Liam, a gifted engineer, is trying to save the world, by finding a way to let industry mine for metals without the environmental disasters that make the news. Nanobots mining asteroids are the answer, and they are being tested on the dark side of the moon.

But Gene, the AI tasked with helping him, spirals down the path of schizophrenia and is on track to grind the moon to dust – and without the influence of the moon, the ecosystems that mankind depends on for its survival as a species will be lost.

This leaves Liam and his colleagues to battle the creation and his own demons to save humanity — who are oblivious to the potential destruction around the corner.

Praise for The Code

Humorous, well paced novel that makes its reader question what technology has in store for us and what role will the AI play in it.  – Joanna Kleibauer – Reedsy Discovery

Gripping  – A mix of everything – a bit of comedy, a bucketload of suspense, and plot twists. Overall, a worthwhile read. 5 Stars –  Hannah Rayner (Amazon)

An engaging story that draws you in as you read -. 5 Stars – Deryck Cramer (Amazon)

Peter McAllister an engineer, scientist, turned technology manager who wants to share the stories that keep him awake at night.  He lives outside of Melbourne, Australia with his wife, four cats, and the kangaroos that visit them.