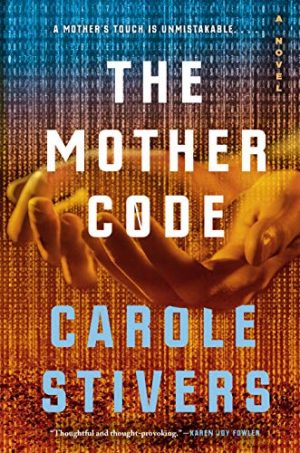 What if—we fight terrorists holed up in a network of caves, where troops are at a disadvantage, with a bioweapon that will wipe them out instead? What if—that virus is man-made? What if—we discover we can’t control it? This is the setting for The Mother Code where the fictional IC-NAN coronavirus has already escaped its expected parameters. Coronaviruses are not new, we’ve been studying them for a long time. So it’s not surprising to see one as the subject of a science fiction book where we fans of the genre like to play the “what if” game.

I was attracted by the mental gymnastics of the concept. We know from current research that COVID-19 is not affecting children as readily as adults. Star Trek has a famous episode written by Adrian Spies in its first season where a pandemic only affects the “gr-ups” (grownups.) The children are the “onlies” or only ones left. Of course eventually, there will be no one left to take care of them as the older children age and die off. Unlike the pandemic afflicting the grups on Star Trek which would eventually kill everyone, The Mother Code asks if it is possible in the near future to develop an artificial intelligence capable of bonding with and rearing a genetically altered and immune biological child, in the face of a worldwide pandemic—a world with no mothers, adults, no other people—individual arks if you will.

Set just twenty-nine years in the future, this book is all about “Plan B” when the best minds in the world realize they don’t have time to find a cure for IC-NAN before succumbing to it. Younger readers will relate it to the computer game Plague Inc. If you’ve structured your virus correctly, you can’t pop all the blue balloons fast enough to save the planet. With her background as an actual biochemist, Stivers takes us vividly through how the virus spreads, attacks, and kills its victims, especially amid government protocols for secrecy. The story is slow to unfold, told from multiple points of view with a full cast of characters, each responsible for a small portion of the project. There are code writers, geneticists, engineers, psychologists, etc. We get a great deal of background information that felt irrelevant to the story except to elicit an emotion whenever that particular character finally went down. Unfortunately, I never felt very connected to any one of them in particular. I felt the story should have had a tighter focus on the children and their robotic mothers since that’s where the real story was to me. That’s where the fun of fictional speculation lives. My final criticism is the addition of an immune race of people that pops up near the end to help the story along with some adults who are not incapacitated. I didn’t appreciate the addition of new characters with some, but very little foreshadowing. In my opinion, it was a convenience for the author that wouldn’t have been necessary if she’d kept the focus on the relationship between the children and their AI mothers. 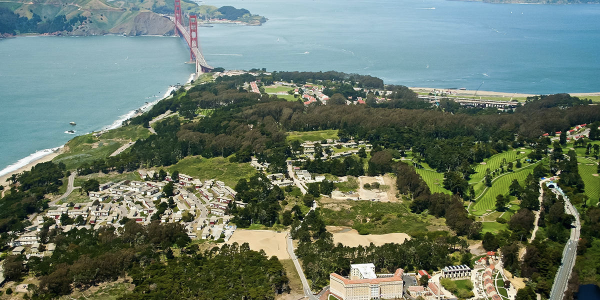 As a native San Francisco Bay Area girl, I appreciated the history refresher on the Presidio and that much of the last half the book is set in that location. People not familiar the area will be able to follow, but it’s more fun if you’ve even just driven up Highway 101 and across the Golden Gate Bridge.

This particular book has been getting a lot of buzz even though Stivers is a new author and this is her debut full-length book.  It’s even coming out in the coveted hardback form first, something usually reserved for very well-established writers. I wouldn’t be surprised to see this get the greenlight to be made into a movie. Speilberg’s Amblin Entertainment already has the rights. You would think that is because of the current crisis, but that is purely serendipitous timing and no doubt Hollywood will capitalize on it as soon as California lifts its lockdown. It takes a long time for a book to be written, edited, and finally distributed to beta readers and reviewers. It’s purely coincidental that the ARC of The Mother Code came to me just weeks before COVID-19 happened.  It also made me feel the book much more deeply than it would have before shelter-in-place orders were in effect. By the time The Mother Code is actually released, Stivers’ readers will receive it very differently and read it through different eyes than when she wrote it.

It’s 2049, and the survival of the human race is at risk. The earth’s inhabitants must turn to their last resort, a plan to place genetically engineered children inside the cocoons of large-scale robots—to be incubated, birthed, and raised by machines. But there is yet one hope of preserving the human order: an intelligence programmed into these machines that renders each unique in its own right—the Mother Code.

Kai is born in America’s desert southwest, his only companion his robotic Mother, Rho-Z. Equipped with the knowledge and motivations of a human mother, Rho-Z raises Kai and teaches him how to survive. But as children like Kai come of age, their Mothers transform too—in ways that were never predicted. And when government survivors decide that the Mothers must be destroyed, Kai must make a choice. Will he break the bond he shares with Rho-Z? Or will he fight to save the only parent he has ever known?

In a future that could be our own, The Mother Code explores what truly makes us human—and the tenuous nature of the boundaries between us and the machines we create.