Author: Denali Day
Publisher: Name
Release Date: July 16, 2020
Series: Dokiri Brides Series #1
Genre: Fantasy Romance
Trigger Warnings: This novel plays on the trope of abduction. While the Dokiri men won’t let anything keep them from the woman they love, even that woman herself, all sexual acts between the hero and heroine are consensual. This book features subdued sexual content. Enjoy the heat but don’t expect to get singed. 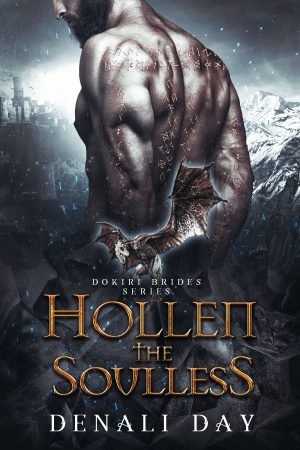 “Why aren’t you obeying me?” he asked, voice even.

Joselyn shot a quick glance toward the cave’s entrance. “You’re not my master.”

“And yet what I asked of you was perfectly reasonable, no?” The barbarian cocked a brow.

“No,” Joselyn whispered. If only she sounded more confident.

“So, you would have me allow your wound to fester then? Come all this way to die of a fever?” His accent grew thicker as the tension in his voice ratcheted.

“I expect I would be easy enough for you to replace,” she shot back.

His dark eyes narrowed at that. There was a moment of strained silence before he spoke, “You’re afraid of me.”

Terror and indignation roiled within her stomach, sickening her. She could deny it, but what was the point? Her lie would be obvious. Instead she poured every drop of condemnation she could into her voice. “Of course I am.”

He regarded her. Slowly, he reached into her lap and pulled one of her hands away. Uncurling her fingers, Hollen fitted her freckled palm against his calloused one. She stared at them, noting the vast disparity in their sizes. Her nail tips barely reached the point of his second knuckles. She looked back at her captor who held his iron gaze upon her

Always the dutiful daughter, Lady Joselyn is weeks away from marrying a rival lord in order to secure the future of her father’s house. However, she suddenly finds herself in the clutches of an ancient beast she’s only ever heard of in legends. More terrifying than that is the beast’s master, a wild man who insists Joselyn is his bride by right, and plans to seal his claim in blood.

Wyvern-rider, Hollen, has finally captured the woman of his dreams, though he quickly learns waiting for her was less than half the battle. His new bride wants nothing to do with him and Hollen knows he only has one chance to change her mind. To win her over, he’ll do whatever he must, even if it means keeping secrets.

Their wills pitted against each other, Joselyn will go to any lengths to free herself from this savage and fulfill her marital contract. Her father’s life depends upon it. But even as she plots her escape, Joselyn begins to wonder if one can also be bound by a duty to their own heart. 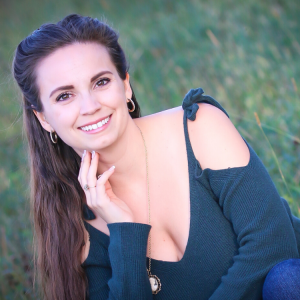 When Denali Day was trying to figure out “what to be when she grew up” she noticed all her written stories featured a scene where the beautiful heroine patched up the wounds of a gallant hero. So she decided to become a nurse. Twelve years and two degrees later, she realized all she ever really wanted was to be a writer.

Now she lives in the midwest with her adoring husband, a real life gallant hero, and their two wicked goblins (children). When she isn’t writing she’s reading and when she’s not doing either of those things she’s probably plundering the fridge for something she can smother in whipped cream. 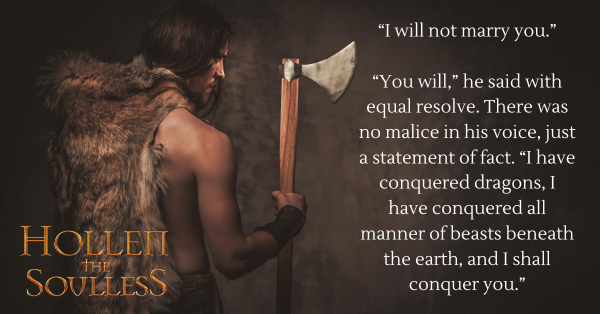