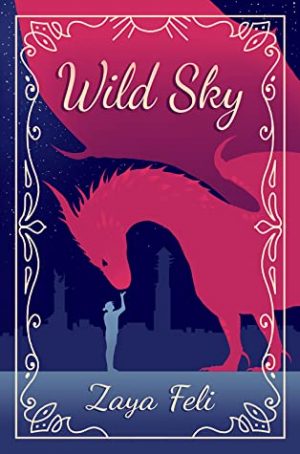 A shadow fell across the training field, followed by a sound like rolling thunder. It reverberated through Tauran’s bones and suspended his breath. For years, he’d known it better than he’d known the sound of his own heartbeat. He closed his eyes.

Gasps of wonder rolled through the recruits.

A gust of wind blew against Tauran’s face. Silence fell over the training court, giving way to the sound of something large touching down.

The familiar voice made Tauran open his eyes. Roric parted the crowd easily as he came toward Tauran, dressed in the Sky Guard’s commander uniform. He spread his arms wide, corners of his eyes creasing with his smile.

“Roric.” Tauran accepted the embrace, not expecting the knot forming in his throat. Roric had been his best friend. People used to joke that the two of them were closer than Roric was to Emilian, his actual brother. Leaving Roric had been the hardest part of leaving his past behind.

“Look at you,” Tauran said, his voice a little too frail for his liking. He took Roric by the shoulders.

“I know. It suits me, doesn’t it?” Roric winked at him, then embraced him again, cupping the back of Tauran’s head. “Sh*t, I missed you.”

“Don’t be.” Roric released him, patting him on the shoulder before gripping on tighter, leading

Tauran back through the crowd. “You’re here, now. That’s what matters.”

The ground recruits had moved back countless yards to make space for the large figure at the base of the tower. Against his will, Tauran’s eyes were drawn to it.

Dark gray scales reflected the sunlight when the dragon bowed its head and shook its shoulders from the flight. It stretched one massive wing, then the other, before gathering them in close.

The common stateras were the perfect balance between the speed and agility of swiftwings and the power and strength of titans. Valeron had always been large for a statera, and he’d grown even larger since Tauran had last seen him.

Tauran Darrica has been retired from the Valreus Sky Guard for four years following the Battle of the Broken Wings that resulted in the death of his dragon. Now, all Tauran wants to do is spend his days forgetting the past and gambling his way to an unsteady income.

So when his old general from the Sky Guard hunts Tauran down to request his help with staving off the increasingly aggressive wild dragon population, Tauran refuses. But a fire ruins his rented room and leaves him without a place to stay, and Tauran finds himself on the road to Valreus, after all.

Tauran is determined to stay as far away from dragons as he can get, but a starry-eyed young man from Sharoani, land of the wild dragons, might just ruin his plans.

Kalai Ro-Ani has spent his life watching the stars, knowing he could never reach them.

With his wild dragon Arrow, he sets out for the city of Valreus in the hope of building himself a better future than he could have stuck at the foot of the Kel Visal dragon temples.

But nobody told Kalai that only the Sky Guard is allowed to own dragons, so when Arrow kills a guard in Kalai’s defense, it looks like his adventure might be over before it can begin. But a chance encounter at the old Valreus archive offers Kalai the future he’d been hoping for. In the span of a single day, he has a home, a job, and a purpose.

In Valreus, something much bigger falls into his lap – along with a tall and striking Valrean man with a rather strange disposition.

Purchase links:
Get it now: https://amzn.to/3iNO40Z

Zaya Feli grew up in various small towns in eastern Denmark where she spent most of her childhood and youth daydreaming about strange and incredible fantasy worlds. In 2018, she moved to northern Denmark with her pet snake, Helix, to work as a web developer, and is now dedicating all her free time turning the fantasy worlds inside her head into words and illustrations on the page.

An avid sci fi and fantasy fan since childhood, she also has a deep love for history, archery, nature, language and art.

Zaya Feli released her debut novel, Stag’s Run, in November 2016, and has since released four more full length novels and a short story. Her favourite genres are fantasy and sci-fi with a sprinkle of romance.

Giveaway: to celebrate the release of Wild Sky, Zaya Feli is giving away three e-copies of any back catalog e-book! Enter below. Must be 18 to enter and win, open internationally.