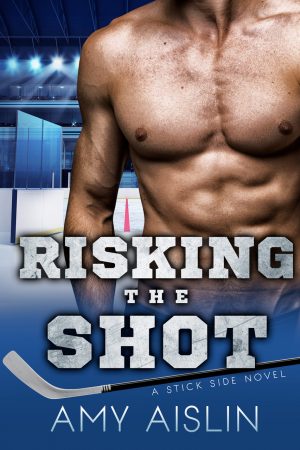 Tay grew up with two older sisters. He’d witnessed more than one guy bring them flowers before a date.

He didn’t think Dakota would appreciate flowers, and not because Dakota was a guy, but because he was more practical than that. There weren’t any flowers in his house, just sturdy plants that would last forever instead of flowers that would wilt and die within two weeks.

Which was how Tay found himself at the liquor store near Dakota’s house twenty minutes before their date. Except . . .

Sh*t. There were five billion brands of scotch. And whiskey. Wait, were they one and the same? No, there was a sign for American whiskey, Irish whiskey, and Canadian whisky—without the e, strangely—and, in the middle of it all, one for scotch.

He was so screwed.

He must’ve had a stupefied expression on his face because two employees headed in his direction. The older one—tall and broad and distinguished with silver at his temples and in his neat beard—reached him first. He had a name tag that read Chris pinned to his green apron.

Chris chuckled. “What are you looking for?”

Tay waved a hand at the six billion brands of scotch. Which one of these should I bring on a first date? Not the question to ask when he hadn’t publicly come out as bisexual yet. “What’s good?”

“Are you looking for something light and grassy, or something smoky with hints of nutmeg, something more peaty—” Chris cut himself off. The stupefied expression was back on Tay’s face, no doubt. “Is it a gift?”

“Yes!” Tay said, louder than strictly necessary, jumping on the excuse. Or not an excuse really—it was technically a gift. “And I don’t really know his tastes yet, but I suspect they’re on the higher end. Which one of these is good but isn’t so cheap that it’d make me look like a cheapskate, but also isn’t super expensive and makes me look like an asshole who’s trying too hard?”

So scotch and whiskey was the same thing? He was so confused.

“It’s not overly expensive,” Chris explained. “It’s amazing scotch, and it’s not as popular—or well-known—as some of the others from Scotland, like Glenlivet and Glenfiddich.”

Tay nodded like he knew what Chris was talking about.

“Do you want a gift bag?” Chris asked as he walked Tay to the checkout counter.

Anticipatory nerves bunched into a ball in his stomach and flew outward as he drove the few minutes to Dakota’s. It felt like he’d been looking forward to this date for five months, not five days. Not even last night’s win in Ottawa could trump the happy bubble in his chest.

And he really, really liked winning, so that was saying something.

Excitement had his heart almost leaping out of his chest when he parked in Dakota’s narrow driveway behind his SUV. Grabbing his gift bag, he placed one hand underneath in case it broke and splashed $110 worth of Scottish alcohol onto the pavement and walked up the stairs to Dakota’s porch. He was about to brave letting go of the bag to knock when the door flew open.

And there went his heart again.

Dressed in black jeans and a navy-blue sweater with a half zipper undone at the throat, and with his hair parted at the side, Dakota was elegantly casual in a way that had Tay questioning the choice of restaurant he’d made for tonight.

The way Dakota’s eyes warmed, though? And the way his lips kicked up? It had Tay forgetting he’d been anxious about anything.

“Hey. Saw your headlights.” Dakota pulled the door open wider and stepped aside. “Come in. I just need my coat.” He was already in boots, and he held a scarf in his other hand.

Tay bumped the door closed with his hip, feeling suddenly a tad uneasy about his choice of gift now that he was here. Damn it, he should’ve gone for the flowers. A bright bouquet of daffodils or something equally as eye-catching. He could’ve saved his ostentatiously priced scotch for their fifth date or Dakota’s birthday—whenever that was—or their anniversary. Assuming they made it that far.

He’d been trying to avoid looking like he was trying too hard. Now he just looked desperate.

Oh well. Nothing to do about it now. At least Dakota would think of him when he poured himself a glass of Dalwhinnie after a long day at work?

Huh. There was a silver lining after all.

“Uh.” He held the bag out. “This is for you. In lieu of flowers. Because flowers are . . .” Useless? Make me sneeze? Need to be babied to death? Literally.

Dakota’s lips pressed together but amusement bled through in his eyes. “Thank you.” Taking the bag out of Tay’s hands, he grunted at the weight before removing the bottle from inside. Glimpsing the label, he whistled low, both eyebrows shooting up. “This is nice stuff, Tay.”

“Yeah?” Pleasure zinged through Tay and he took a step closer, into Dakota’s personal space. “The guy at the liquor store recommended it. I hope it’s good.”

“It’s definitely that.” Dakota put the bottle back in the bag and set the bag on the floor next to the bench. Rounding on Tay with a smile that made Tay’s toes curl, he said, “Maybe I’ll even let you taste it later.”

Tay brought his own smiling mouth to Dakota’s. “Just maybe?” he whispered.

In the next second, Tay was being kissed to within an inch of life. God, he loved that Dakota didn’t hold back.

Dakota tasted minty, and he smelled like laundry detergent and soap and an underlying hint of something woodsy. Clutching the front of his coat, Tay let him control the kiss because Dakota kissed like he wanted to taste every inch of him. Like he wanted to savor every piece of Tay. Like it was a prelude to sex.

Maybe they could skip dinner?

No. No, no. Tay had agonized over this date for days. They were going out, even if he spent the next couple of hours with a permanent semi.

Dakota changed the angle of the kiss, slotting their lips together more deeply. Moaning, Tay gripped the back of Dakota’s neck with one hand, fingers toying with the hairs there.

They’d go on that date. They really would.

In just a second.

Lips swept down the underside of his jaw and nosed underneath his scarf. Tay’s head fell back, thumping against the wall behind him.

Chuckling softly, Dakota kissed him again, once, twice, three times, before stepping away and pulling leather gloves out of his pocket. “I suppose I’ll have to wait a couple of hours before you can taste my new scotch.”

Was taste my new scotch a euphemism? Judging by Dakota’s unholy smirk as he opened the door and gestured Tay ahead of him, yes, yes it was.

Tay couldn’t have been more delighted had he won the Stanley Cup on his birthday.

A chance at making the playoffs? It’s a dream for NHL forward Taylor Cunningham that just might come true. If he can keep his eyes on the ball—ahem, puck. And study for midterms. Dakota Cotton, eleven years his senior, isn’t just a distraction, though—he’s everything Tay’s ever wanted.

Dakota has no interest in introducing someone who might not stick around to his four-year-old son. Been there, done that, with the divorce to prove it. But there’s something about Tay that hits all of the right buttons and has him wanting to take a chance.

As things heat up between them, and the pressure to succeed hits an all-time high, will they risk a shot at happiness or choke?

Amy’s lived with her head in the clouds since she first picked up a book as a child, and being fluent in two languages means she’s read a lot of books! She first picked up a pen on a rainy day in fourth grade when her class had to stay inside for recess. Tales of treasure hunts with her classmates eventually morphed into love stories between men, and she’s been writing ever since. She writes evenings and weekends—or whenever she isn’t at her full-time day job saving the planet at Canada’s largest environmental non-profit.

An unapologetic introvert, Amy reads too much and socializes too little, with no regrets. She loves connecting with readers. Join her Facebook Group, Amy Aislin’s Readers, to stay up-to-date on upcoming releases and for access to early teasers, find her on Instagram and Twitter, or sign up for her newsletter.

Win one of two signed paperback copies of Risking the Shot, plus author swag. 18 to enter and win; open internationally.