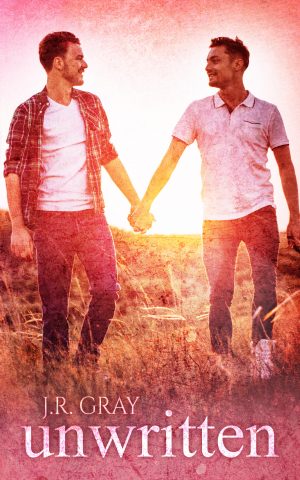 Gorgeous, young, talented, and always in demand, Tobias West has it all. Or, so it seems to the outside world. Though he found his way into acting through largely serendipitous events, and despite the resolve and dedication he has to continue along his chosen path, he is lonely—a situation brought on by several factors, not the least of which is the self-determined burden of his own fame on those around him. He’d have happily arranged a night (or half-hour?) of no-strings sex with a stranger if the pre-shooting cast party of his newest film hadn’t been interrupted by the arrival of the most fascinating man he’d ever seen.

Mel Finch isn’t quite ready to call himself old, but as an established movie director in his mid-forties, he’s seen about everything. Or so he’d thought until the unfairly beautiful actor he’s directing in a high-stakes franchise film catches his eye. Of course, it doesn’t take long for the rest of him to be in just as much of a bind. Between his responsibilities, and the other complications that seem to accompany this particular “forbidden fruit,” Mel knows he’s in serious trouble before the first day wraps. But, staying away is going to require more than his nonexistent willpower—it’ll take a miracle.

To begin, I think all readers should know that when they see Unwritten categorized as a “slow burn” novel, the author means it. While there is plenty of undeniable attraction between Tobias and Mel, they keep their hands (mostly) to themselves until almost the very end of the story—which I was glad for. Sex is a fine introduction in some instances, but this narrative would have been a poor candidate for it. As it is, J.R. Gray skillfully and gently uses both men’s vulnerabilities, pervasive need, and burgeoning hope to foster a mutual affection and genuine regard that can withstand whatever else their changing situation might throw in their path.

Although Unwritten is technically the third of the Unscripted novels, it is also intended to stand on its own, which it does very nicely. Since I’m new to the series, I do wish I knew more about the secondary characters, Quell King and Hale Evans, in particular, who collectively act as both bridge and sounding board for Mel and Tobias. Still, my lack of familiarity did not negatively affected my overall enjoyment of the story.

As heartfelt and often funny as the romance in Unwritten is, the author clearly has other important things to say. Beginning with his introduction, J.R. Gray’s personal experience and investment in his craft color the telling of Tobias and Mel’s story in profound ways. Oftentimes feeling more like a wish list of the kinds of consideration and understanding that should be given to each individual, Unwritten occasionally drifted towards instructional, though I always felt encouraged to try and do better along my own journey.

In the end, J.R. Gray doesn’t restrict Unwritten to rote sweetness or obligatory sex. Rather, he seems to scatter pieces of himself throughout the words, a choice that was likely as precarious as it was essential to the narrative. Privilege, wealth, opportunity are not synonymous with—nor are they a guarantee of—true happiness, and everyone has a decidedly singular path to walk. In the case of Unwritten, I think that truly knowing and loving another is the most delicate and rare accomplishment of all.

The way he looked at me killed me. The flowering branches swayed and there was sexual tension and sorrow and I had to get out of here or I was going to do something bad.

I grabbed his shirt instead, unsure if I was going to push him away or hold him there.

He grabbed my other arm, holding both, and we stared at each other.

Somehow we were nose to nose. I don’t know if he moved or I did.

“We can’t,” I said, going against everything my body was screaming at me to do. I knew if I kissed him, I wouldn’t want to stop. It would crush me.

“I know.” Mel swallowed and I swear I could feel it.

I brushed the tips of our noses together. Heat sparked through me. It was a mistake. I wanted to kiss him more than ever. I wanted to know what he tasted like.

“Don’t do that.” He closed his eyes, lips barely parting when he spoke.

“Sorry.” Being near Mel made me feel like I’d run a marathon. My heart was racing.

“Something,” I finished for him.

He put his hand on my wrist and I thought he was going to pry my hand off his shirt. He didn’t move.

“And sun,” he added, opening his eyes. They were green but speckled with little bits of brown.

“How can someone smell like the s…su…sun?” Not now. Really not now. I tried to pull away, wanting to hide my face but with his hands on my arms it was impossible.

“I want to kiss you,” he said softly.

We had to be adults here. It was just an attraction. We could be adults and it would fade, right?

The screaming inside my head told me it wouldn’t.

But it wasn’t just an attraction anymore. I had feelings for him.

“I want to kiss you, too,” I admitted, and was about to say ‘now that we’ve both admitted it we can move on.’

Then he kissed me.

I would have killed for the ability to use a hookup app or go out to a bar and meet someone but my life wasn’t my own. I belonged to the fans and the media. I should have been on top of the world but I was suffocated by fame.

I’d almost resigned myself to virginity forever and the impossibility of finding a relationship, until I met the most beautiful man I’d ever laid eyes on and hope sparked again, but in a cruel twist of fate, he was the only person forbidden to me: My director.

Twenty years older, and seemingly interested too, now I had four months to work with him while trying to keep my hands to myself or one of us would lose our job.

The temptation was going to kill me.