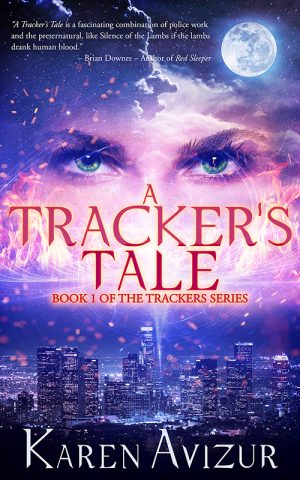 “Are werewolves allowed in the courthouse?”

It took Katherine Colebrook a moment to realize the young woman in the elevator had spoken to her, pulling her from her thoughts. It then took her another moment to find her voice. “Why wouldn’t they be?”

Katherine’s light green eyes stared at the woman until it was clear she wasn’t going to continue. “…Bored?”

The woman let out a small laugh. “Right. Bored.” Her tone signified the end of the conversation, or so Katherine thought, as the elevator stopped at the third floor.

Two middle-aged men entered, wearing tailored suits and full-grain leather shoes that gave them the instant classification of lawyer. One pressed the button for the fourth floor, continuing some small talk about a case they were working on. Katherine pursed her lips. The elevator. For one flight of stairs. No wonder America had health problems.

“Are you going to the sixth floor for that werewolf case?” The young woman spoke up again, her voice a bit hushed, sidling a few inches closer. “I saw your FBI badge. Are you here for that werewolf in the news?”

Katherine glanced briefly to the woman before fixing her gaze on the elevator doors again. “Yeah, actually.”

“Wow, seriously?” she whispered. “I don’t even know any werewolves.”

Really? Katherine wished she could say the word out loud, drenching it in sarcasm. The doors opened, letting the lawyers out, and mercifully skipped the fifth floor, going straight on to their destination.

“So are you here to make sure the werewolf doesn’t attack anyone or something?” the young woman asked.

“Off the record,” Katherine spoke as the elevator doors opened, “I’m here to help him put the psychopath that attacked him and his friends in prison.” She looked to the reporter, whose face went slack and then smug. “I don’t talk to reporters like you.”

Katherine turned and left the elevator without another word.

In Katherine’s world, werewolves, vampires, púcas, and other parasapien species – forced for centuries by human fear and prejudice to live at the fringes of society – have finally come out of hiding to demand their rightful place alongside us. Within the FBI’s unit that handles parasapien cases, the Trackers division, Katherine Colebrook is one of the best. Her psychic abilities made her a natural, allowing her to move between the parasapien and human worlds in ways that no other agent could. But Katherine’s calling hasn’t come without struggle and losses along the way.

As a single mother, she must contend with her teenage daughter, Alexandra, who not only shares Katherine’s psychic abilities, but seems determined to follow the same dangerous path as her mother. And so, when Katherine’s latest assignment threatens to bring that danger too close home, she finds herself faced with the toughest challenge of her career: Can she protect her daughter’s life, while battling a ruthless adversary who’ll stop at nothing to destroy her?