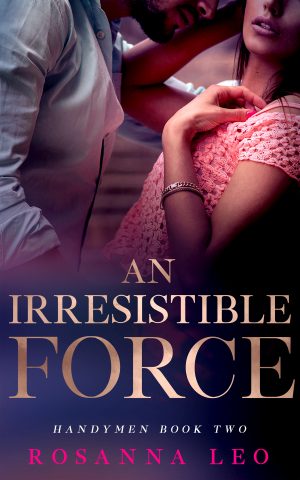 When Eli and Bernie walked into the reception area of the Black Oak Resort, every head turned. He couldn’t blame them. Not only were they drenched, they still had patches of mud all over their clothes and skin. They looked like rejects from one of those reality shows where people were forced to live on an island and drink their own urine.

The desk clerk opened and closed his mouth a couple of times. The hotel manager gawked. She couldn’t have looked more shocked if they’d burst in, banging a few pots and pans. An elderly lady passed them by, gave Bernie’s filthy hair a once-over and issued a decisive “tsk.”

Without batting an eye, Bernie raised her voice so it could be heard throughout the vast reception area. “I say, Elijah. I’m not sure this resort meets our usual standards. I do hope they have Grey Poupon here.”

Eli put on his best Thurston Howell the Third voice. “Come, Lovey. Let’s retire to our suite. I think it’s time for my milk bath.”

Bernie clapped a hand over her mouth. Eli burst out laughing, which only made her laugh harder. Cackling, they hurried to the elevator. Luckily, it was waiting and they plowed in, making more noise than the Black Oak had probably ever heard.

Bernie stood with her back to one elevator wall. “Did you see the looks on their faces?”

“Well, we do look like we fell into a sink hole.” Eli hit the ‘five’ button and stood opposite her. “I think the hotel manager was about to throw us out.”

“She wouldn’t dare. You’re one of the famous Zorn brothers.”

“We’re not that famous.”

“Now, now, Eli. No one tosses out Panty Melter Zorn on my watch.”

As soon as the words were out of her mouth, Bernie froze.

“Excuse me, Bernadette. Did you just call me…‘Panty Melter?’”

She paled and swallowed but threw her shoulders back. “What if I did?”

He tried not to smile. “Is that your nickname for me?”

She averted her gaze.

“Bernie. Do I melt your underwear?”

“Maybe. Maybe not. The proof is in the panties.”

Her cheeks, so pink under the dried-on mud, brought out the heat in his own face. Her dark eyes sparkled with a hint of a dare, and although her hair stuck out in places and mud lined her clothing, she’d never looked sexier than in that moment.

The woman made dirty look good.

She needed a safe place. He was determined to give her one.

TV landscaper Eli Zorn has always been a fixer. But when a family medical situation teaches him there are some things you just can’t fix, he’s desperate to return to work for a distraction. The demolition of an old cottage in tranquil Muskoka, Ontario, is just the ticket.

Unfortunately, a gorgeous woman has handcuffed herself to the cottage and she won’t let it go down without a fight. Bernadette ‘Bernie’ Nolan has history with the place, and she won’t let Eli and the Handymen team get their hands on her refuge.

The cottage belongs to Eli’s mentor. Not only is Peter Nolan a giant in the landscaping business, he’s also Bernie’s uncle. And it becomes clear very quickly that relations in the Nolan family are more than strained.

As Eli and Bernie grapple with old loyalties, they are determined to see each other as the enemy. But this is one attraction that cannot be denied, and one that they’re losing the will to resist…

Rosanna Leo writes contemporary and paranormal romance. She is the First Place Winner of the 2018 Northern Hearts Contest (Contemporary Romance) for A Good Man.

From Toronto, Canada, Rosanna occupies a house in the suburbs with her husband and their two sons, and spends most of her time being tolerated by their cat Sweetie. When not writing, Rosanna works for her local library, where she is busy laying the groundwork to become a library ghost one day.