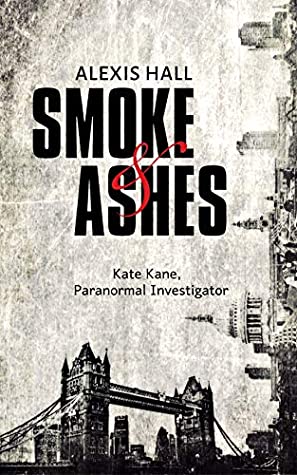 Two years have gone by since the last time everything in Kate Kane’s life went to pieces, and things generally seem to be holding steady at the intersection of denial and persistent wallowing. Subsisting on an impressive intake of sex, booze, and the determination to not return calls/texts from anyone who might care about her until nearly all of them have given up trying, Kate is pretty much stuck. Fortunately (or unfortunately?), the supernatural world has plenty of trouble ready and waiting for her.

As I’ve stated before, the Kate Kane, Private Investigator novels are unlike anything else I’ve read, and probably won’t appeal universally because of that rarity. But, Kate really is an increasingly fascinating character who, not in the least due to reciprocity, has gone from distant and irresponsible to worried and oftentimes completely wrung out–all for the sake of those she cares about. She engenders faith from others that she’s desperately attempting to deserve, even if she can’t quite find the same level of trust in herself.

Unlike the previous Kate Kane novels, Smoke & Ashes has an unfamiliarly pleasant amount of romance going for it. Kate’s never been one to get caught up in “that R-word” stuff, but it was nice to see her trying to wrangle what appreciating someone else in that way might entail. In fact, there are quite a few moments in the narrative that were downright sweet. And, on the flip side of the same coin, when the ex does show up, I was very glad to find that it didn’t seem to sting Kate nearly as much as it otherwise could have. Of course, that may have just been the alcohol and Kate’s broken arm talking, but I’m putting it in the “win” column anyway.

Despite the threat of legitimate affection and the ever-looming, end-of-the-world debacles Kate always appears to be mired in, Smoke & Ashes handily sets itself apart from its predecessors. Whereas before her half-faery lineage was something she avoided acknowledging whenever possible, this version of Kate seems to be actively working on self-acceptance—which is pretty handy in a modern-day London where monsters are real. I was especially gratified to get a better idea of what the faery realm (and Kate’s mother, in particular) is like, which was a more nebulous concept in the earlier novels.

Once again, Alexis Hall has crafted a genuinely entertaining narrative in Smoke & Ashes. Kate has changed tremendously since Iron & Velvet, and I can’t help but love her very much for it. Though it would be a wonderful read regardless, I strongly recommend beginning with the other novels in the series first. In addition to Kate, Smoke & Ashes is filled with truly incredible characters, whether they be friend or foe, a feature made even more enjoyable because some of them manage to be a little bit of both. Murder and laughter and romance aren’t often companiable in a novel, but, unsurprisingly, Mr. Hall melds them together extremely well here, ensuring that the Kate Kane, Paranormal Investigator stories remain among my favorites.

A couple of years ago I screwed up so badly that everybody I remotely cared about wound up dead, nearly dead, or just plain betraying me. Some days, I’m sober enough to care.

My list of “things I really don’t need right now” starts with a condescending octogenarian werewolf having a go at me for banging a Marchioness. As for where it ends, try the disembodied spirit of my ex-girlfriend stalking me in my dreams, a vindictive wizard-vampire from the first century on a vengeance crusade, being hired by the magical twin of my disanimated best friend and, oh yes, having to find the actual Holy Grail.

If I was a better person, I’d take this opportunity to put my life together. I’d find a way to fix everything I broke, save everybody I let down, and maybe pay a certain vampire back for leaving me to die. But I’m not a better person. I’m a hard-drinking half-faery train wreck on legs and if I hated myself less I might even say I liked it that way.