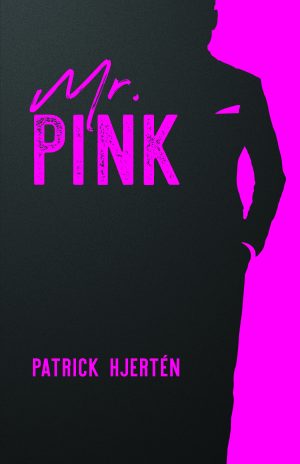 Mr. Pink took the place where Andreas had stood and enjoyed the view of Andreas’s bubble butt as he headed for the bathroom. He had never met someone like Andreas who projected such vulnerability but still showed ‘do not come near me’ vibes. I always go for the emotionally wounded ones, don’t I? Mr. Pink thought to himself. Thomas’s flat had gotten more crowded since Mr. Pink arrived. Someone had chosen Sia’s song “Chandelier” on Spotify and it was blaring out of the speakers. Mr. Pink heard a group of guys next to him talk about going to a newly opened gay club in Old Town. Mr. Pink knew the owner and had been to the opening that had been attended by what would be considered Stockholm’s gay royalty. He was not sure he’d like to go there today. Since the club was new it would be as crowded as a sardine can. And a gaggle of bare-chested men was usually more fun in theory than in reality. Andreas came back toward Mr. Pink with his bottle of beer and a drink in his other hand, which he handed to Mr. Pink.

“And who said that chivalry is dead?” Mr. Pink smiled and after a sip realized that he had a vodka martini in his hand. “And on top of that you are a man who seems to know what I like to drink.”

“I suppose it was a lucky guess, but I thought of you as a James Bond kind of man,” Andreas said.

“I choose to take that as a compliment.” Mr. Pink took another sip.

“It was.” Andreas showed that vulnerable look again.

Their conversation was interrupted by another man who wanted Andreas’s attention. Mr. Pink amused himself by checking out the new man’s body language. He was so blatantly showing that he  was  interested  in Andreas  that  he  might  as well have thrown himself on the floor and spread his legs. By what Mr. Pink could deduce it did not seem to be working.

It is that eternal game of hunting and being hunted, Mr. Pink pondered. And how some of us prefer to hunt instead of being hunted. An eternal game with so few winners, especially when it comes to gay men. The man left after touching the side of Andreas’s mid-section. Mr. Pink sometimes did what he felt like doing in the spur of a moment, and caressed Andreas’s arm from where the t-shirt sleeve ended all the way down to his wrist, touching the long, silky-smooth hairs on his forearm. As always, Mr. Pink marveled at how soft another human’s skin could be, a sensation he never grew tired of. Andreas’s face showed nothing at all. There was a blankness and it triggered Mr. Pink to want to crack that exterior, that defense, but he realized that it would be a tough nut to crack. Which made him want to do it even more.

“My friends are leaving,” Andreas said. ‘I’m going with them.”

“Absolutely, you should go.” Mr. Pink’s green eyes locked with Andreas’s green ones. “Can I have your number?”

After the natural song and dance of typing in figures and sending a text message so that Andreas would have Mr. Pink’s number, they left each other after a brief hug.

Hours later the flat was emptied of people who had gone on to taste the delights of Stockholm’s night life. Promises would be exchanged, kisses would be exchanged, and a multitude of bodily fluids would be exchanged before the sun rose to meet another day. Mr. Pink was seated in Thomas’s large dark-gray sofa playing with two ice cubes in an empty whisky glass. Thomas was clearing away glasses to the kitchen, and after a while he stood in the living room and let out a sigh.

“I see you decided to stay,” Thomas said.

“I’ll give a bold and clear hint. It’s between your legs.”

Half Swedish and half English, Mr. Pink is sexy, sophisticated, and hellbent on brutal revenge. His devastating good looks, impeccable pedigree, and enviable self-esteem allow Mr. Pink to play by his own rules. While jet-setting between Stockholm and London, this sociopathic magazine publisher is planning revenge on a narcotics kingpin. As he springs the perfect trap to redeem his painful past, Mr. Pink takes readers on a lusty, action-packed adventure.

For Mr. Pink, sex is a way to manipulate others and gets what he wants. He uses every trick in the book—and invents some new ones—to play his lovers like a finely crafted instrument. That is until Andreas. When an emotionally wounded Swedish journalist crosses his path, they enter into a volatile, passionate relationship. As the two men lay bare their vulnerabilities, Mr. Pink must confront his reflection and wonder if he likes what he sees.

At home in the English countryside or London, Patrick Hjertén is driven by curiosity and a zest for life. He is a collector of adventures, an observer of people, and a creator of stories. He loves to travel and has seen many parts of the world. Yet, he knows there is still more to discover, both in the real world and in the world of imagination.