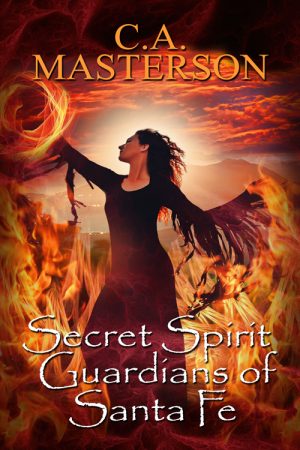 The low lighting lent a cozy atmosphere to the Second Street Brewery. A popular pub, apparently, but not so packed that I grew claustrophobic. The number of people who greeted Javi with wide smiles and slaps to his back gave testament to his community standing. I only hoped I could eventually earn the same respect as my cousin. Their appraising looks seemed to give initial approval, but I stayed close behind Javi as the crowd made way for him.

Then he stopped abruptly. “Hey, man. Glad you’re here.” He swept an arm around my shoulder and scooped me forward. “You finally get to meet my cousin, Marissa. Mar, this is Ray.”

The name gonged through me, turning my muscles to stone but bristling every nerve to attention. As Javi’s good friend, Ray featured heavily in my cousin’s social media photos, usually with a beautiful woman or two draped around his neck. Beach-boy handsome. But that altar-boy smile hid a deep secret.

And now he was aiming that megawatt smile at me.

I managed to dredge up a pleasant persona. “Hey, Ray.”

Ray’s smile lit up his face like sunshine. “Hey yourself. Welcome back to Santa Fe.”

Javi touched my shoulder. “I’m going for a beer. What do you want?”

“Whatever you’re having.” I watched my cousin shuffle through the crowd, then grinned at Ray, who still stared at me. “I guess Javi warned you I was coming.”

“He did.” Sheepish, Ray ducked his head. “I remember you. We were in the same kindergarten class.”

A laugh burst out. “Oh, come on. You do not remember me from kindergarten.”

“Sure I do. You were the cute girl with long black hair and big brown eyes.”

“Like half the girls in the class.” That was the illusion my parents hoped for, anyway. Marissa Tahy, the girl who was just like everyone else. It worked well enough for the adults, but not the kids. It took all of two seconds for schoolmates to single me out as different.

Ray turned sly. “Yeah, but you had a tongue that could cut anyone down with one swipe.”

I wrinkled my nose at him. “Was I mean to you? Sorry.”

The wattage of his sunshine smile dimmed. “Guess I didn’t make the same impression on you.”

Javi returned and handed me a beer.

“I don’t remember much from then.” I tilted the bottle to my lips. The things I did remember, I wished I could forget.

“Not even outrunning most of the other kids? And you were faster than Speed Racer on your banana seat bike. It was purple, and had those pom-pom things hanging from the handlebars. Usually pointed straight back, because you pedaled like the wind.”

Never as fast as my brother Michael. I’d had to pedal hard just to keep him in sight.

To his credit, Ray let the subject drop, and instead engaged Javi in work talk.

I let my gaze wander, and caught sight of a guy, only a glimpse as he passed behind some people near the entrance. An aura of shadows surrounded him, but enough light fell across his face to outline his arresting features. An unforgettable face, but I couldn’t place him. Another long-lost schoolmate? Doubtful. Something about him unsettled me. “Will you excuse me? I need to find the rest room.”

As I walked away, the noise in the room washed together in a blur. So did the people.

All but one. The man I’d glimpsed earlier stood watching me. So still, he didn’t fit in with the scenery.

The same icy fingers reached into my heart.

After Marissa Tahy returns home to Santa Fe, she is haunted by visions and glimpses of danger no one else sees: Old Man Gloom in his true form. For over a century, people have burned their troubles in the spirit’s effigy at the Zozobra festival, making the spirit angrier and more powerful. This year, Old Man Gloom demands his due. The vengeful spirit targets those Marissa loves.

Even when Marissa discovers the secret history binding her family to Zozobra, joining their forces may not be enough to prevent the furious spirit from burying Santa Fe beneath an avalanche of misery.

Visit her at http://paintingfirewithwords.blogspot.com or look for her romance stories as Cate Masters at http://catemasters.blogspot.com and in strange nooks and far-flung corners of the web.